“A Debt We Can Never Repay”

September 10, 2011 at 9:55 PM ET by Amy Dudley
Twitter Facebook Email
Summary:
Vice President Biden was in Shanksville, Pennslyvania to participate in a dedication ceremony for the first phase of the Flight 93 National Memorial

Nearly a decade after September 11, 2001, Vice President Biden, with Presidents George W. Bush, Bill Clinton, Secretary of Interior Ken Salazar, Laura Bush and Dr. Jill Biden were in Shanksville, Pennsylvania today to participate in a dedication ceremony for the first phase of the Flight 93 National Memorial – a marble “Wall of Names” that enshrines the names of the 40 heroic men and women who, as Vice President Biden said, “gave their lives so others could live theirs” by preventing an attack on our nation’s capitol.

Before an audience that included families and loved ones of those lost, as well as thousands of others there to pay tribute to a remarkable group of Americans, Poet Laureate Robert Pinsky read aloud the names of the 40 passengers and crew as 40 bell chimes rang out in accompaniment.

The flag that flew above the United States Capitol on September 11, 2001 was ceremonially raised above the memorial, along with the flags of New Zealand, Japan, Germany and Puerto Rico – representing all of the birthplaces of the passengers and crew of Flight 93. 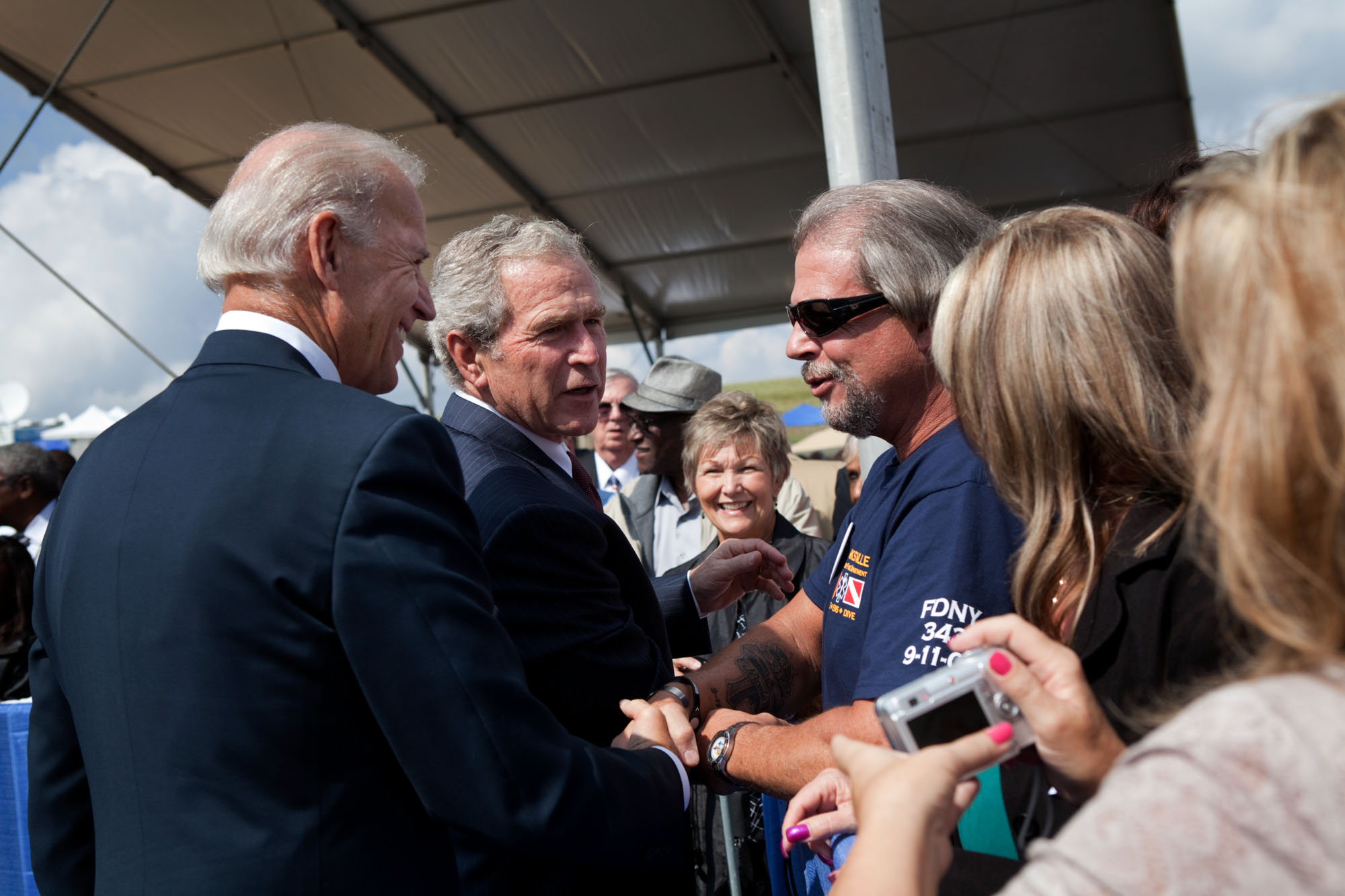 Vice President Joe Biden and President George W. Bush shake hands with families of the passengers and crew of Flight 93 after the unveiling of the Flight 93 National Memorial, in Shanksville, Pennsylvania, September 10, 2011. (Official White House Photo by David Lienemann)

Speaking directly to their families and loved ones, Vice President Biden noted that while “no memorial – no words, no acts – can fill the void that they left in your hearts,” his prayer is “that 10 years later, their memory is able to bring a smile to your lips before it brings a tear to your eye.”

“I hope you take comfort in knowing that a grateful nation understands that your loved ones gave their lives in pursuit of the noblest of earthly goals: defending their country, defending their families, sacrificing their lives so we can live ours,” he continued.

“Even as we struggle with this tragedy, even as we grapple with the profound loss and devastating grief, we can look up at the heavens and think of these heroes and know, know with certitude that there is not a single, solitary tragedy that America cannot overcome.  There is not a single moment of hardship that cannot be transformed into one of national strength.  The seeds of doubt, planted by those who wish to harm us, will instead grow into flowering meadows like this one where we stand in today, for they cannot defeat the American spirit.  We know this with certainty.  We know it with certainty, because it’s the history of the journey of this country at every stage of our history.”… 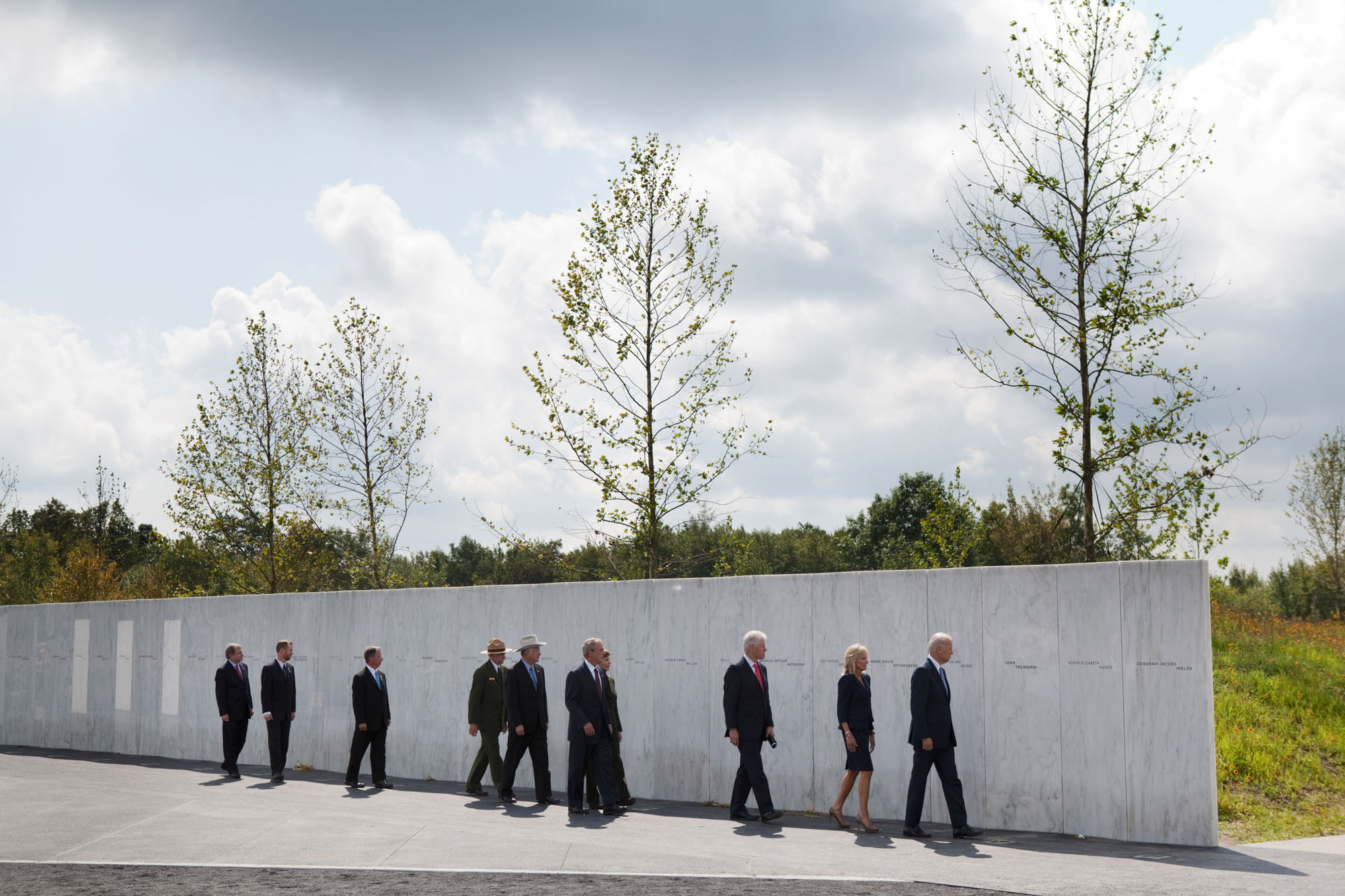 In addition to remarks from Presidents Bush and Clinton, Secretary of Interior Ken Salazar, Director of the National Parks Jon Jarvis, President of the Families of Flight 93 Gordon Felt, Chairman of the Flight 93 Memorial Chris Sullivan and Chairman of the Flight 93 Advisory Committee John Reynolds, the ceremony also included a remembrance from Reverend Daniel Coughlin – the Chaplain of the U.S. House of Representatives on the day of the attacks – as well as performances by Sarah McLachlan.

Following the dedication ceremony, the Vice President and Dr. Biden dropped by the Shanksville Volunteer Fire Station where they visited with firefighters and their families at a barbeque. Outside the station is the cross made of beams from the World Trade Center that the Vice President referenced in his remarks. 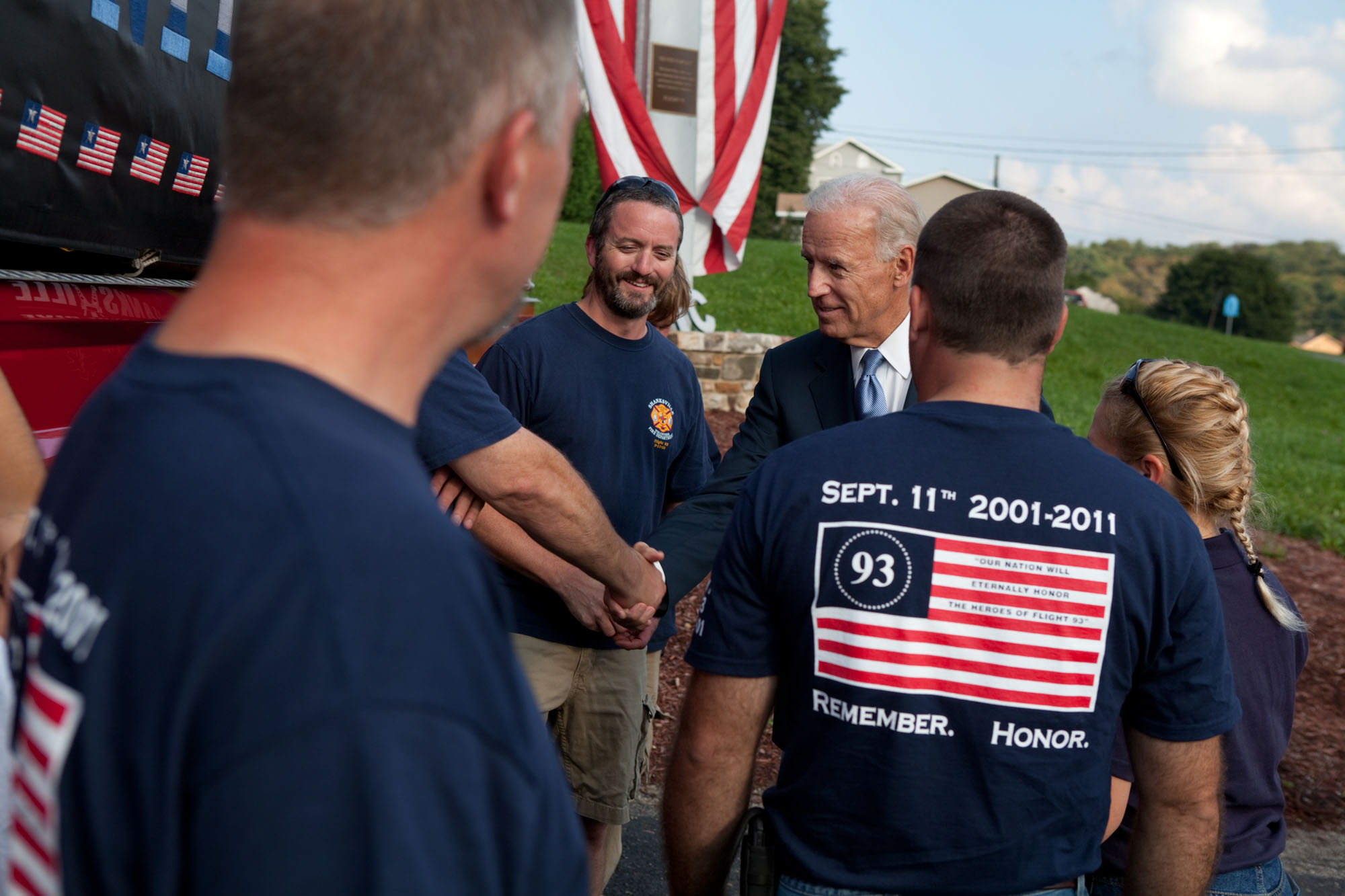