President Obama: "Let's Put this Country Back to Work"

This morning, President Obama was joined by Vice President Biden as well as teachers, veterans, small business owners, construction workers and first responders, as he called on Congress to pass the American Jobs Act right away:

On Thursday, I told Congress that I’ll be sending them a bill called the American Jobs Act.  Well, here it is.  This is a bill that will put people back to work all across the country.  This is the bill that will help our economy in a moment of national crisis.  This is a bill that is based on ideas from both Democrats and Republicans.  And this is the bill that Congress needs to pass.  No games.  No politics.  No delays. I’m sending this bill to Congress today, and they ought to pass it immediately.

The jobs bill President Obama is sending to Congress will help put teachers back into the class room, construction workers back on the job and provide a tax credit for companies that hire anybody who spent more than six months looking for a job. And for middle-class families, the American Jobs Act will prevent taxes from going up, giving the typical working family a $1,500 tax cut. It is also paid for in full and would not add to the debt. 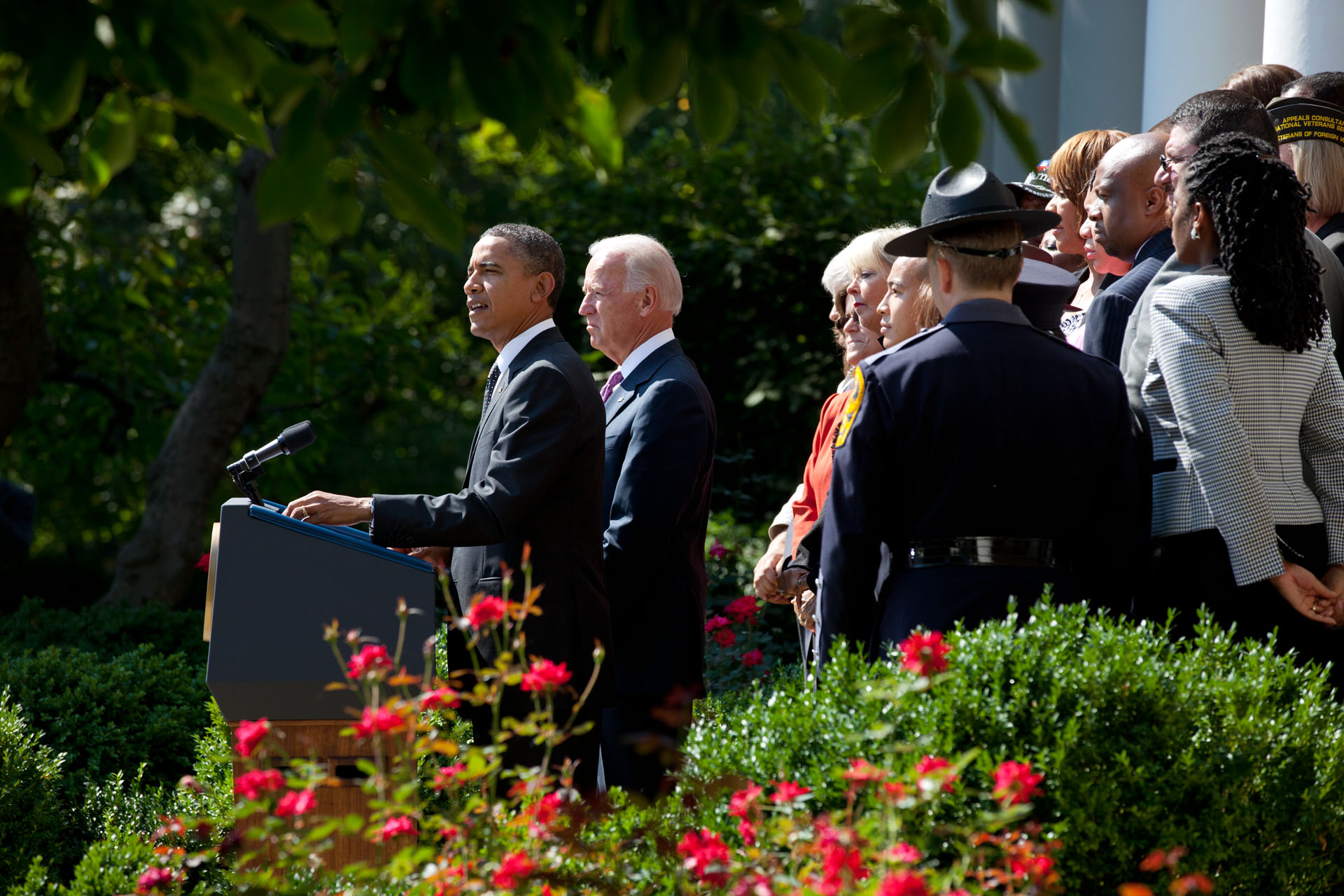 As the President said, getting the American Jobs Act passed and putting Americans back to work is in our hands:

You hear a lot of folks talking about uncertainty in the economy.  This is a bit of uncertainty that we could avoid by going ahead and taking action to make sure that we’re helping the American people.

So if you agree with me, if you want Congress to take action, then I’m going to need everybody here and everybody watching -- you’ve got to make sure that your voices are heard.  Help make the case.  There's no reason not to pass this bill.  Its ideas are bipartisan.  Its ideas are common sense.  It will make a difference.  That’s not just my opinion; independent economists and validators have said this could add a significant amount to our Gross Domestic Product, and could put people back to work all across the country.  So the only thing that’s stopping it is politics.  And we can’t afford these same political games.  Not now.

So I want you to pick up the phone.  I want you to send an email.  Use one of those airplane skywriters.  Dust off the fax machine.  Or you can just, like, write a letter.  So long as you get the message to Congress: Send me the American Jobs Act so I can sign it into law.  Let’s get something done.  Let’s put this country back to work.