September 15, 2011 at 4:50 PM ET by Nikki Sutton
Twitter Facebook Email
Summary:
As part of the Let's Move initiative, the First Lady announces a commitment from restaurants like Red Lobster and Olive Garden to reduce calories and sodium in their meals and provide healthier options in their kids’ menus. 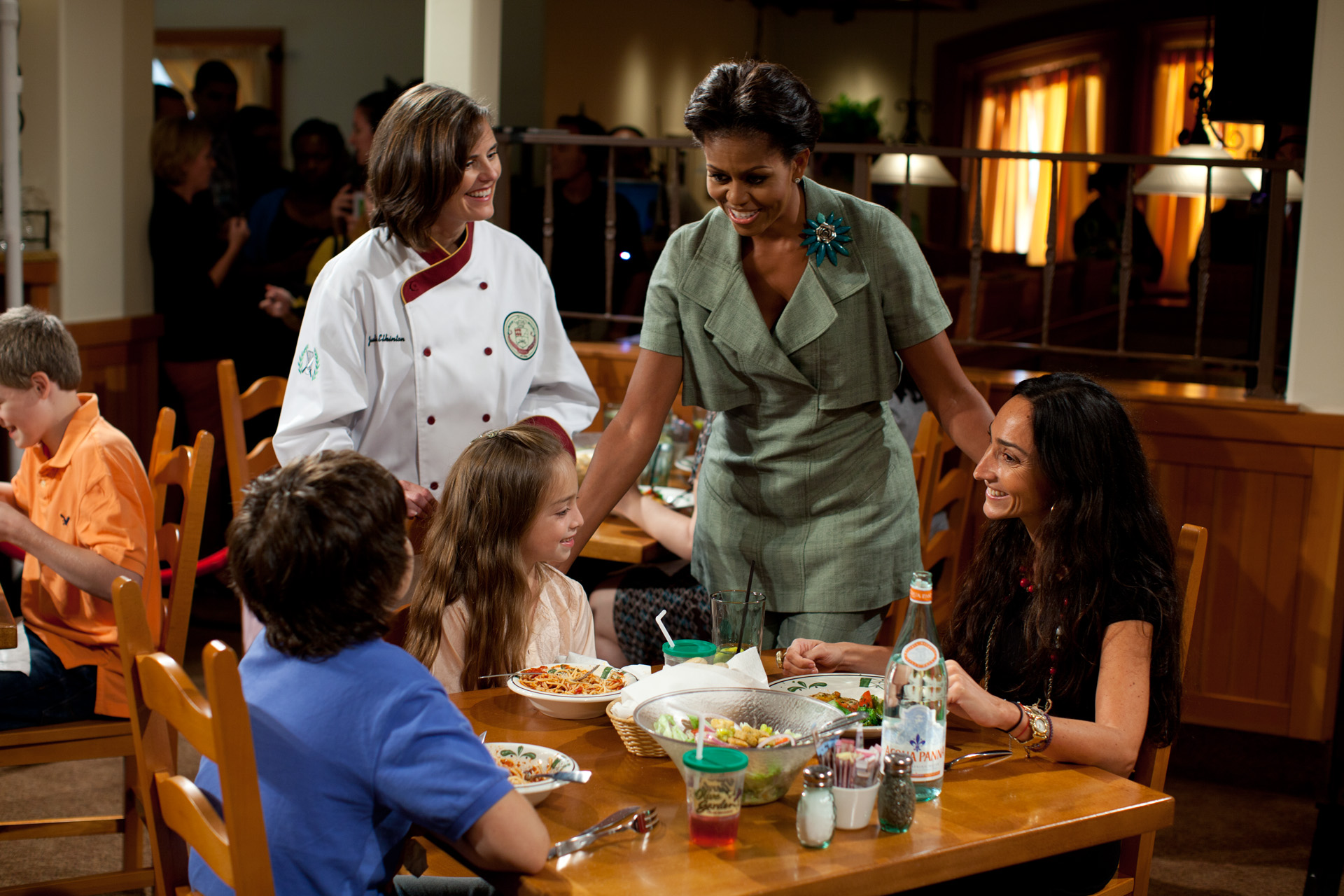 As part of the Let's Move! initiative, this morning First Lady Michelle Obama joined Partnership for a Healthier America, Red Lobster, Olive Garden and other family chains owned by Darden Restaurants to announce a commitment from Darden to reduce calories and sodium in their meals and to provide healthier options in their kids’ menus.

In America today, one of every two dollars spent on food is spent in restaurants, and over one-third of calories consumed in America are eaten at restaurants, so providing nutritious choices in restaurants goes a long way in keeping families healthy. At an Olive Garden in Hyattsville, Maryland, the First Lady explained the significance of this announcement:

But too often, that’s simply not the case.  Research has shown that meals kids eat at restaurants have nearly twice the calories as meals they have at home.  And for some options on kids’ menus, they have more than 1,000 calories.  One thousand calories -- that’s approaching the recommended daily amount of [calories] that you guys should be eating, right?

Today's announcement is just one step in the challenge to fight childhood obesity. The First Lady called on others to help the movement:

Even small changes -- things like offering kids 100 percent fruit juice, or water or skim milk instead of sugary drinks, or maybe giving people the option of having their food baked rather than fried, these are the kind of small changes that can really add up.

So I hope that the people who are watching this announcement, particularly restaurants and other companies across the country, will see this and step up in the coming months in the same way that Darden has.

But I also hope that parents watching this will keep speaking up and keep demanding healthy options for their kids. 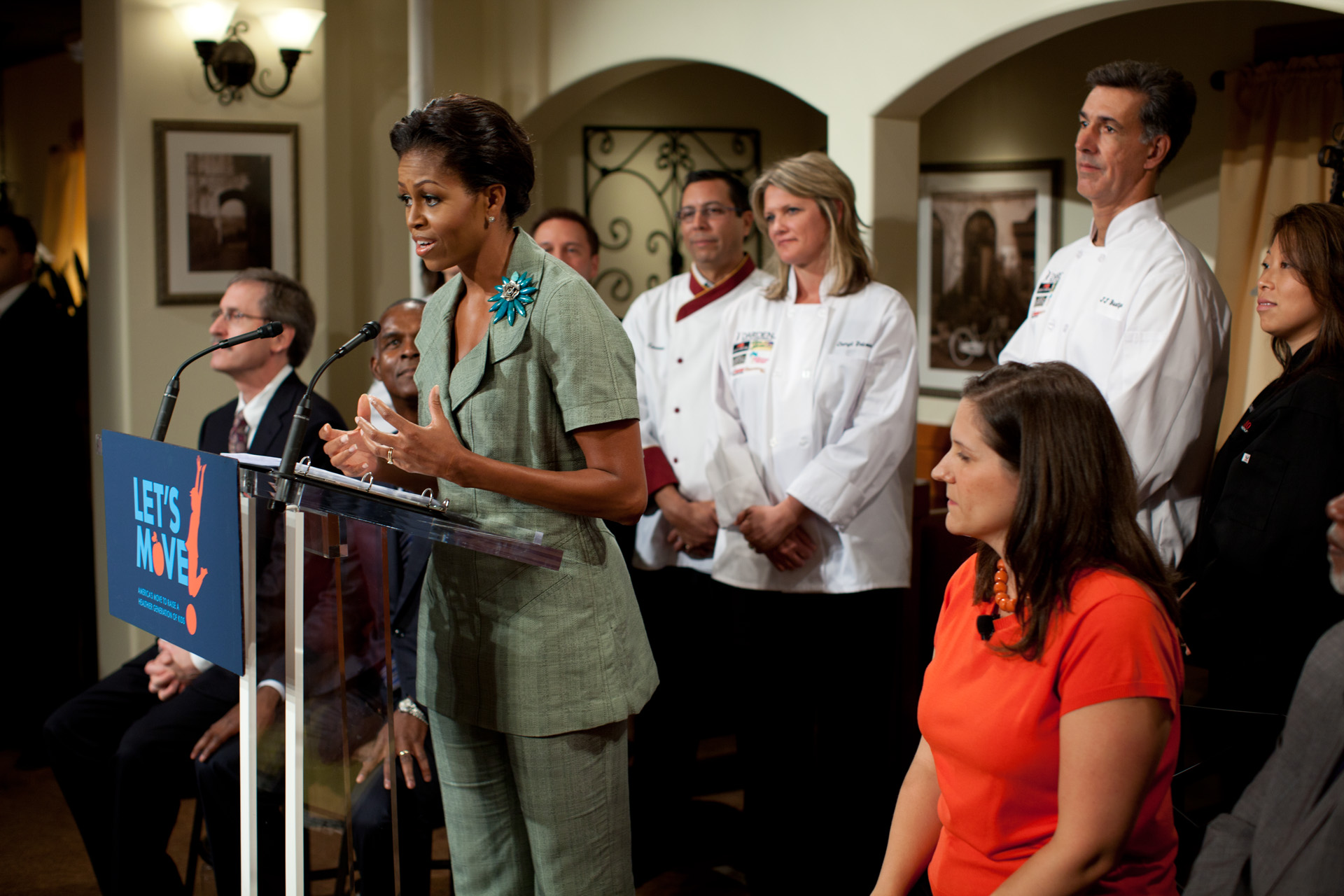 Here's the breakdown of kids’ menu changes starting now and to be fully implemented by July 2012: