A Part of Something Bigger

September 16, 2011 at 5:06 PM ET by Darienne Page
Twitter Facebook Email
Summary:
As we remember those service members who have not yet returned home, we also remember that we are part of something bigger - a country that does not forget its veterans, but honors them, cares for them and tends to their families while they are away 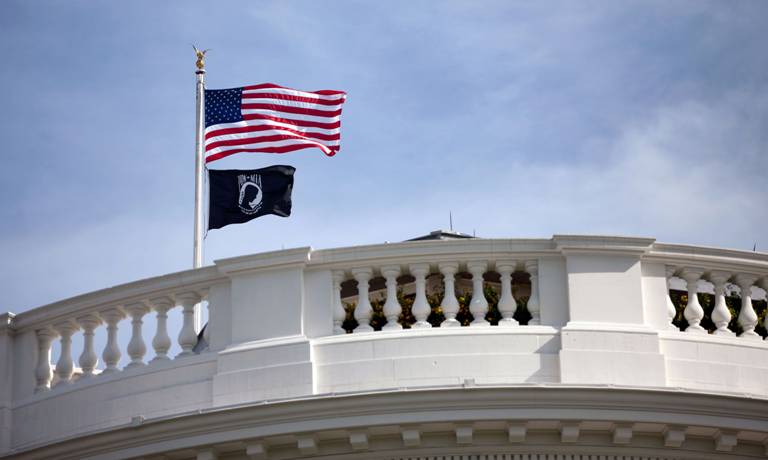 Today, September 16, is a day set aside for remembrance of those veterans who are prisoners of war or missing in action. The day falls at an especially fitting time this year: yesterday, President Obama awarded the Medal of Honor to Marine Sergeant Dakota Meyer. Meyer received the award for rushing into enemy fire to rescue comrades who were under attack by Taliban forces. Meyer sustained wounds and put his life at risk to rescue his friends, his brothers in arms. Though three of those friends had already been killed by the time he found them, and a fourth would die soon afterwards, Meyer nonetheless continued to brave enemy fire and carried them, one by one, to his vehicle. Because of his actions, 36 lives were saved, fallen American Marines returned home, and their families had at least some small measure of closure.

All of our service members deserve to rest easy in the knowledge that they will return to their families at the end of their deployments. Unfortunately, that has not always been the case. Too many American soldiers, airmen, marines, sailors and coastguardsmen and women have never come home. Too many have endured unthinkable hardships as prisoners of war. For them and for their families, the tours of duty have never ended.

America will never forget its missing, nor its prisoners of war. We will pursue the fullest possible accounting of those who have gone missing on our battlefields. We will care for their families. We will carry on their legacy. As the President said in his proclamation marking today's observance, "This is a promise we keep for our fallen, for our veterans past and present, and for all those whose loved ones have not returned from the battlefield."

Today the stark black and white flag memorializing America's POWs and MIA is flying over the White House. It bears the solemn pledge, "You Are Not Forgotten." This simple banner has been raised as a testament to the fact that our brave and men and women shall remain forever in our memories.

In describing his service, Sergeant Meyers has said "I was part of something bigger," part of a team "that worked together, lifting each other up and working toward a common goal." Today, as we remember those service members who have not yet returned home, we also remember that we too are part of something bigger - a country that does not forget its veterans, but honors them, cares for them, and tends to their families while they are away.

To find out how you can help veterans and military families, check out joiningforces.gov. You can volunteer in your community, write a thank you note, and more.