September 17, 2011 at 6:00 AM ET by Francisco Sanchez
Twitter Facebook Email
Summary:
Francisco Sanchez, the Under Secretary of Commerce for International Trade, recaps the White House Hispanic Policy Conference held in Orlando, Florida last week, the first in a series of regional conferences that will take place across the country in the coming weeks and months. 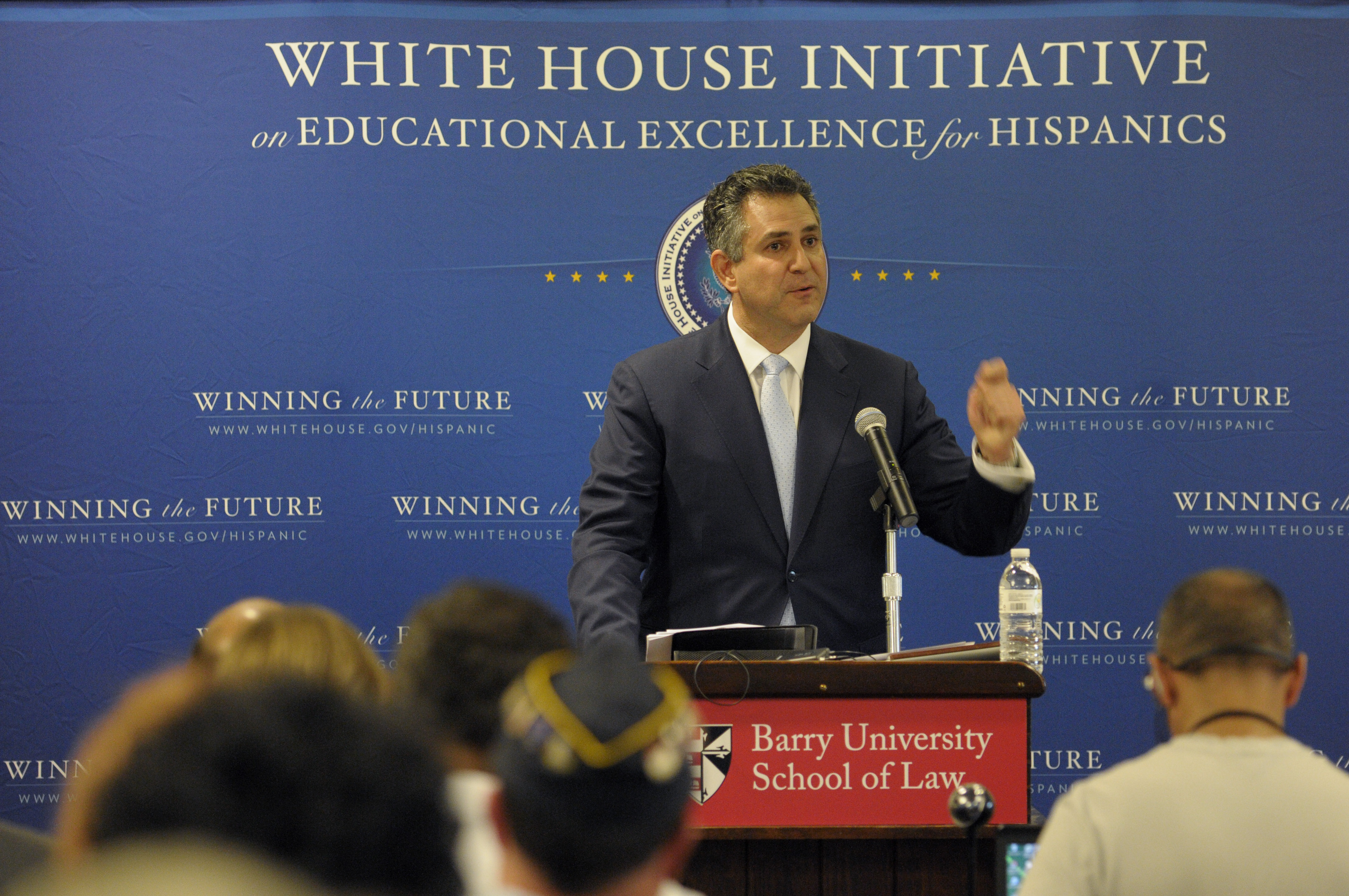 That was just one of many messages I heard last week, in my home state of Florida, during the first regional White House Hispanic Policy Conference event.  There, I joined dozens of Obama Administration officials to engage in a direct and productive conversation with hundreds of local Hispanic leaders.

Our goals for the meeting were simple: To exchange ideas and stories; to share our unique perspectives about the challenges facing communities; to talk about the work the Obama Administration is doing to expand the circle of opportunity for all; and to strengthen our partnerships so that, together, we can push for progress moving forward.

The reaction from the participants was incredibly positive. At a time when Americans increasingly feel like no one is listening, this conversation ensured that their voices were heard. Unlike most conferences, the participants worked together to define the agenda and shape the format. It was a valuable experience for all parties. A wide-range of topics were discussed, from improving our schools to fixing our broken immigration system. But, in my conversations, the issue that came up the most was jobs, and understandably so.

The Latino unemployment rate, 11.3%, remains higher than the national rate. And the recession has taken a big toll on our community. Pew Research recently found that -- from 2005 to 2009 -- the median net worth of Latino households fell 66 percent, the most of any group.

Of course, we don’t need a report to understand the challenges facing the Latino community, especially when we hear about them from our families and friends every day, just like we heard about them in Orlando. President Obama understands as well, and, since his first day in office, has been dedicated to doing something about it.

That’s why he has proposed the American Jobs Act, based on a series of bipartisan proposals, which he submitted to Congress earlier this week.  It would put 1.9 million Americans back to work, according to independent economists. For Latinos, the passage of this bill would result in 25 million Hispanic workers benefiting from the extension of the payroll tax cut, and 250,000 Hispanic-owned small businesses receiving immediate tax cut benefits, among other highlights.

In Orlando, participants talked about the struggles they’re enduring, and the sacrifices they are making because of the economy. They also stressed that Congress should pass the President’s bipartisan plan so that families don’t have to make more sacrifices.  People across Florida can’t wait till the next election for action; they have to worry about where their next meal will come from, and how they’ll pay next month’s rent.  They need solutions now.

That’s why so many participants pledged to support President Obama’s American Jobs Act, and are committed to working with the Administration to build on past successes and achieve new goals that move our country forward.  They also promised to take what they learned back to their neighborhood and to hold discussions with their friends and families. We urge you to do the same and get involved.

Our regional conference in Orlando was the first in a series that will take place across the country in the coming months. I hope you’ll join me and many other senior Administration officials at these gatherings. We all have a stake in this conversation, so please look for us when we visit your state to keep the discussion going.

Let’s work together to ensure that opportunity reaches all communities and all corners of our nation.

Francisco Sanchez is Under Secretary for the U.S. Department of Commerce