President Obama on Open Government: "The Essence of Democracy"

September 20, 2011 at 6:23 PM ET by Nikki Sutton
Twitter Facebook Email
Summary:
President Obama discusses how the Open Government Partnership is transforming how governments serve their citizens in the 21st century, including tools like "We the People," coming soon to WhiteHouse.gov to allow Americans to directly petition the administration.
[[nid:78853]]

This week, President Obama is in New York City for the United Nations General Assembly to meet with partners and address a range of issues with the international community, including open government.

At the U.N. General Assembly last year, President Obama called on nations to make, "specific commitments to promote transparency, to fight corruption, to energize civic engagement, and to leverage new technologies so we can strengthen the foundations of freedom in our own countries." Today, the President outlined the progress that has already been made in response to his call to action:

And now we see governments around the world meeting this challenge, including many represented here today.  Countries from Mexico to Turkey to Liberia have passed laws guaranteeing citizens the right to information.  From Chile to Kenya to the Philippines, civil society groups are giving citizens new tools to report corruption.  From Tanzania to Indonesia -- and as I saw firsthand during my visit to India -- rural villages are organizing and making their voices heard, and getting the public services that they need.  Governments from Brazil to South Africa are putting more information online, helping people hold public officials accountable for how they spend taxpayer dollars.

Here in the United States, we’ve worked to make government more open and responsive than ever before.  We’ve been promoting greater disclosure of government information, empowering citizens with new ways to participate in their democracy.  We are releasing more data in usable forms on health and safety and the environment, because information is power, and helping people make informed decisions and entrepreneurs turn data into new products, they create new jobs.  We’re also soliciting the best ideas from our people in how to make government work better.  And around the world, we’re standing up for freedom to access information, including a free and open Internet. 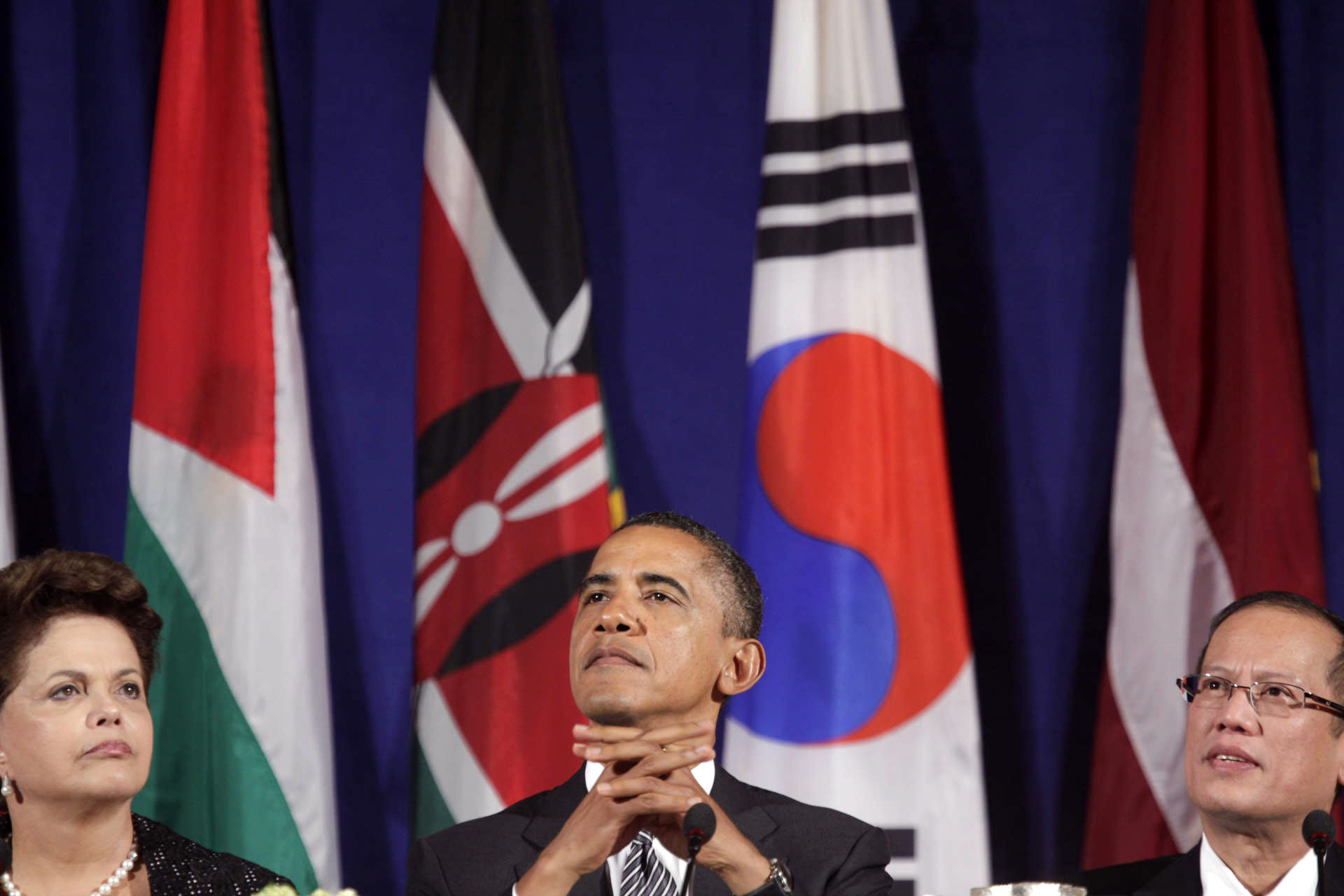 The United States and seven other founding nations of the Open Government Partnership are delivering concrete open government plans to continue their commitment to make their governments more open, transparent, and accountable to their citizens. President Obama described initiatives from the U.S. Open Government Plan:

Among our commitments, we’re launching a new online tool -- called “We the People” -- to allow Americans to directly petition the White House, and we’ll share that technology so any government in the world can enable its citizens to do the same.  We’ve develop new tools -- called “smart disclosures” -- so that the data we make public can help people make health care choices, help small businesses innovate, and help scientists achieve new breakthroughs.

We’ll work to reform and expand protections for whistleblowers who expose government waste, fraud and abuse.  And we’re continuing our leadership of the global effort against corruption, by building on legislation that now requires oil, gas, and mining companies to disclose the payments that foreign governments demand of them.

Today, I can announce that the United States will join the global initiative in which these industries, governments and civil society, all work together for greater transparency so that taxpayers receive every dollar they’re due from the extraction of natural resources.

The President also looked forward to how the international open government initiative will expand in the future:

And today is just the beginning of a partnership that will only grow -- as Secretary Clinton leads our effort on behalf of the United States, as these nearly 40 nations develop their own commitments, as we share and learn from each other and build the next generation of tools to empower our citizens and serve them better.

So that’s the purpose of open government.  And I believe that’s the essence of democracy.  That’s the commitment to which we’re committing ourselves here today.