President Obama at the U.N. on Libya: "We will Stand with You"

September 20, 2011 at 7:23 PM ET by Nikki Sutton
Twitter Facebook Email
Summary:
At the U.N. General Assembly, President Obama addresses a meeting of international partners to show support for the new Libya and plan for a post-Qaddafi future.

Today, at the U.N. General Assembly, President Obama addressed a meeting of international partners to show support for the new Libya and plan for a post-Qaddafi future:

The Libyan people are writing a new chapter in the life of their nation.  After four decades of darkness, they can walk the streets, free from a tyrant.  They are making their voices heard -- in new newspapers, and on radio and television, in public squares and on personal blogs.  They’re launching political parties and civil groups to shape their own destiny and secure their universal rights.  And here at the United Nations, the new flag of a free Libya now flies among the community of nations.

Make no mistake -- credit for the liberation of Libya belongs to the people of Libya.  It was Libyan men and women -- and children -- who took to the streets in peaceful protest, who faced down the tanks and endured the snipers’ bullets.  It was Libyan fighters, often outgunned and outnumbered, who fought pitched battles, town-by-town, block-by-block.  It was Libyan activists -- in the underground, in chat rooms, in mosques -- who kept a revolution alive, even after some of the world had given up hope.

It was Libyan women and girls who hung flags and smuggled weapons to the front.  It was Libyans from countries around the world, including my own, who rushed home to help, even though they, too, risked brutality and death.  It was Libyan blood that was spilled and Libya’s sons and daughters who gave their lives.  And on that August day -- after all that sacrifice, after 42 long years -- it was Libyans who pushed their dictator from power.

At the same time, Libya is a lesson in what the international community can achieve when we stand together as one.  I said at the beginning of this process, we cannot and should not intervene every time there is an injustice in the world.  Yet it’s also true that there are times where the world could have and should have summoned the will to prevent the killing of innocents on a horrific scale.  And we are forever haunted by the atrocities that we did not prevent, and the lives that we did not save.  But this time was different.  This time, we, through the United Nations, found the courage and the collective will to act.

During his remarks, the President also spoke directly to the Libyan people:

Your task may be new, the journey ahead may be fraught with difficulty, but everything you need to build your future already beats in the heart of your nation.  It’s the same courage you summoned on that first February day; the same resilience that brought you back out the next day and the next, even as you lost family and friends; and the same unshakeable determination with which you liberated Benghazi, broke the siege of Misurata, and have fought through the coastal plain and the western mountains.

It’s the same unwavering conviction that said, there’s no turning back; our sons and daughters deserve to be free.

In the days after Tripoli fell, people rejoiced in the streets and pondered the role ahead, and one of those Libyans said, “We have this chance now to do something good for our country, a chance we have dreamed of for so long.”  So, to the Libyan people, this is your chance.  And today the world is saying, with one unmistakable voice, we will stand with you as you seize this moment of promise, as you reach for the freedom, the dignity, and the opportunity that you deserve. 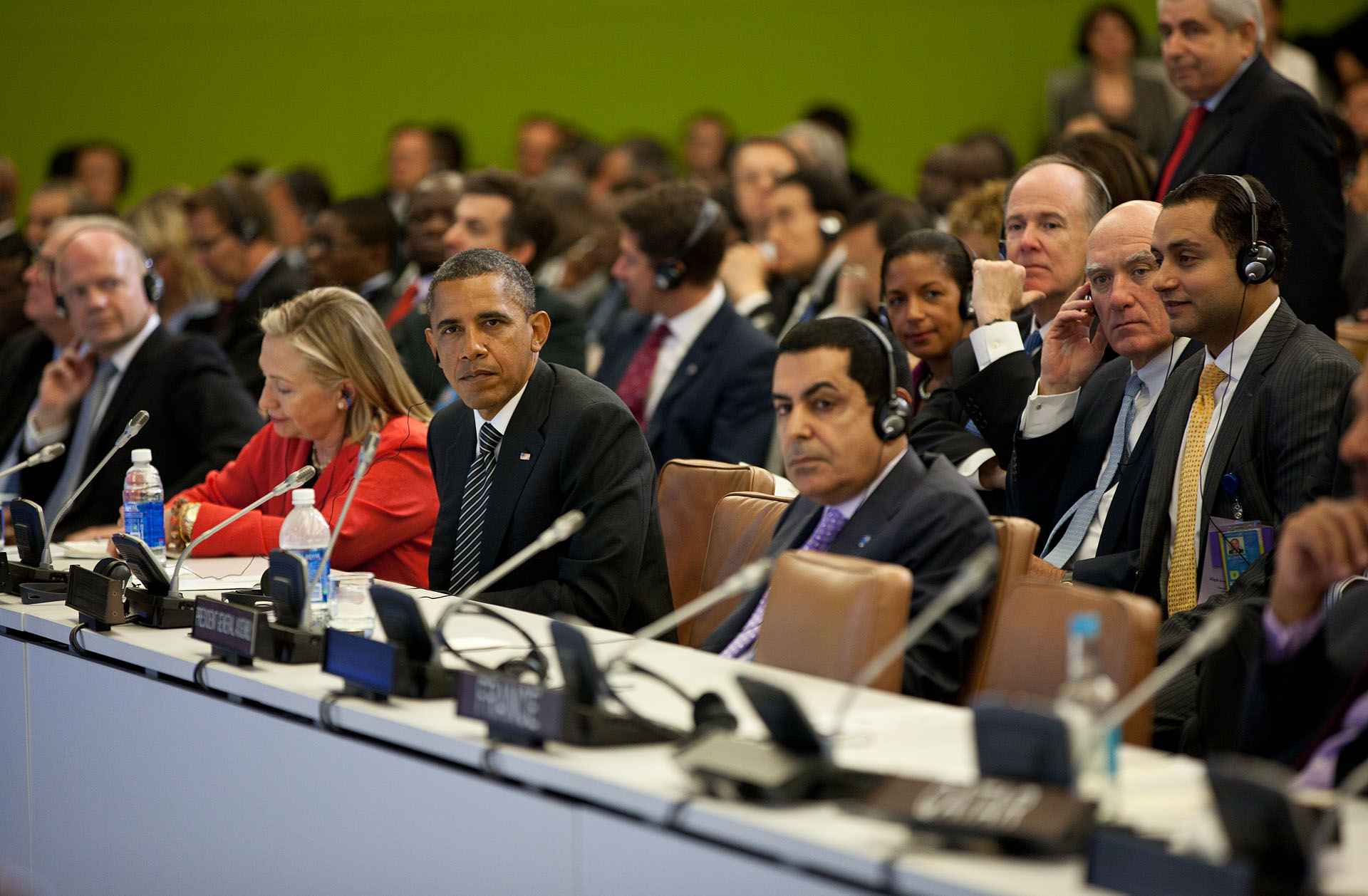