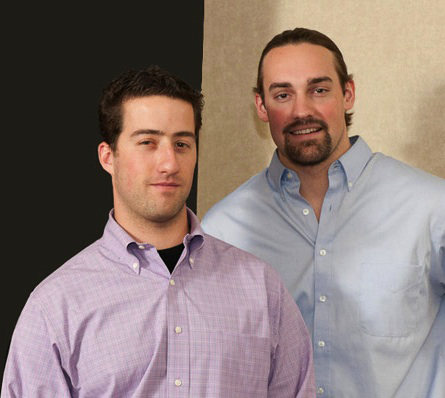 There is no greater honor to a young entrepreneur than the opportunity to shake hands with The President of the United States. Although the moment is brief, it yields an image of two people—far apart in their spectra of accomplishments—standing side by side as agents of change for the future of America.

We were up early the morning of September 13th with just enough time for a bowl of cereal —two kinds mixed together — a handful of emails and some product deign revisions before jumping in the car with a couple of energy drinks. Young entrepreneurs are dedicated to tireless hard work, short-term sacrifice and unusual gastronomy for the prospect of achieving great things. As Co-Founders of LifeServe Innovations, a medical device startup in Cleveland, OH, meeting President Obama later that afternoon was a proud moment for us both.

We learned from the Presidents’ speech at Fort Hayes Arts and Academic High School that afternoon that the American Jobs Act can impact the community of young entrepreneurs like us in a positive way. Raising capital as a startup is our number one challenge at all times. The President’s plan promises to work with the SEC to reduce the regulatory burdens on small businesses like ours that are raising capital and to protect our investors in the process.

The American Jobs Act will also benefit our friends at CitizenGroove Inc. in Cleveland, OH through significant payroll tax cuts to their 4 existing employees of 50%. CitizenGroove is getting ready to expand its web-based software platform for digital audition services to new market segments. Under the President’s plan, CitizenGroove will also experience a one-year tax holiday from its payroll tax requirements for all five of the new employees they hope to hire in 2012. The benefits would save money for the company to invest in their growth and give each employee more to spend on chew-toys for their furry friends or their pets.

For other young adults, the President’s Pathways Back to Work Fund will allow them to receive unemployment insurance while they work part time for companies like ours. The leaders of tomorrow need to “cut their teeth” learning on-the-job skills that can’t be taught in any classroom. Startups like LifeServe Innovations and CitizenGroove want ambitious, hungry individuals who are still in the fight and are willing to punch above their weight class for the opportunity to land that managerial job when the funding rolls in. Young adults need to be willing to take the hits early in hope of long-term opportunities, since companies are more likely to hire people they know they can rely on.

As we listened to recaps of our experience in Columbus on NPR during our drive home that afternoon, the President’s message remained clear that America must support pioneers and innovators, teachers and construction workers and the millions of American workers —young and old — who are out of work.

“Now” is always the time to act in the world of an entrepreneur. This urgency should not be lost upon our elected officials when it concerns the lives of fellow Americans who are struggling to find work and achieve their vision of the future.

On that evening, we returned to work at LifeServe Innovations answering emails, reviewing research and designing life-saving medical technology fueled with an ambition for bringing our venture closer to success. For business owners like us the promise that tomorrow can bring new opportunities and achievements is a prospect that merits sacrifice and the American Jobs Act another worthy investment.