September 21, 2011 at 2:49 PM ET by Amy Dudley
Twitter Facebook Email
Summary:
Vice President Biden announces that 13 of the nation’s largest banks, in partnership with the Small Business Administration, have committed to increase small business lending by a combined $20 billion over the next three years.

Small businesses across the country got a boost yesterday when Vice President Biden announced that 13 of the nation’s largest banks, in partnership with the Small Business Administration, have committed to increase small business lending by a combined $20 billion over the next three years.

Speaking with SBA Administrator Karen Mills at Wrap Tite Inc. – a small packing and shipping material company in Solon, Ohio – the Vice President told the story of how a recent $1.5 million SBA-supported loan allowed Wrap Tite to purchase and renovate a new facility in Solon, as well as hire five new workers.  The new lending commitments announced today means more small businesses like Wrap Tite will have access to the capital they need to help grow the nation’s economy at the local level. As Vice President Biden said, "Small business men and women – who are the engine of economic growth in America – create two out of every three jobs in America."

But, as the Vice President said in Ohio, the lending boost for small businesses is only part of the story, and we cannot stop there. Urging Congress to pass the American Jobs Act right away, he described two key ways the bill would help small businesses grow and hire in Ohio and across the country – by cutting their taxes and putting money back in their customer’s pockets:

This is about putting money in the hands of middle-class people, creating jobs for those who don’t have them and giving people a fight chance.

More specifically, the American Jobs Act would cut payroll taxes in half for small businesses like Wrap Tite and give them a 6.2% payroll tax cut for every additional dollar they spend hiring workers or increasing wages.

And the American Jobs Act would allow businesses purchasing new equipment to expense their investments through the end of next year, giving them a tax incentive to invest.  Because Wrap Tite made a $250,000 investment in three new machines over the past year, they could benefit from existing expensing provisions; the American Jobs Act would extend that critical tax relief through the end of 2012.

The Vice President concluded by pointing out that, in the end, passage of the American Jobs Act is about choices – whether Congress will choose to preserve tax loopholes for corporations and the wealthy or choose to pass new job-creating tax cuts and infrastructure investments. 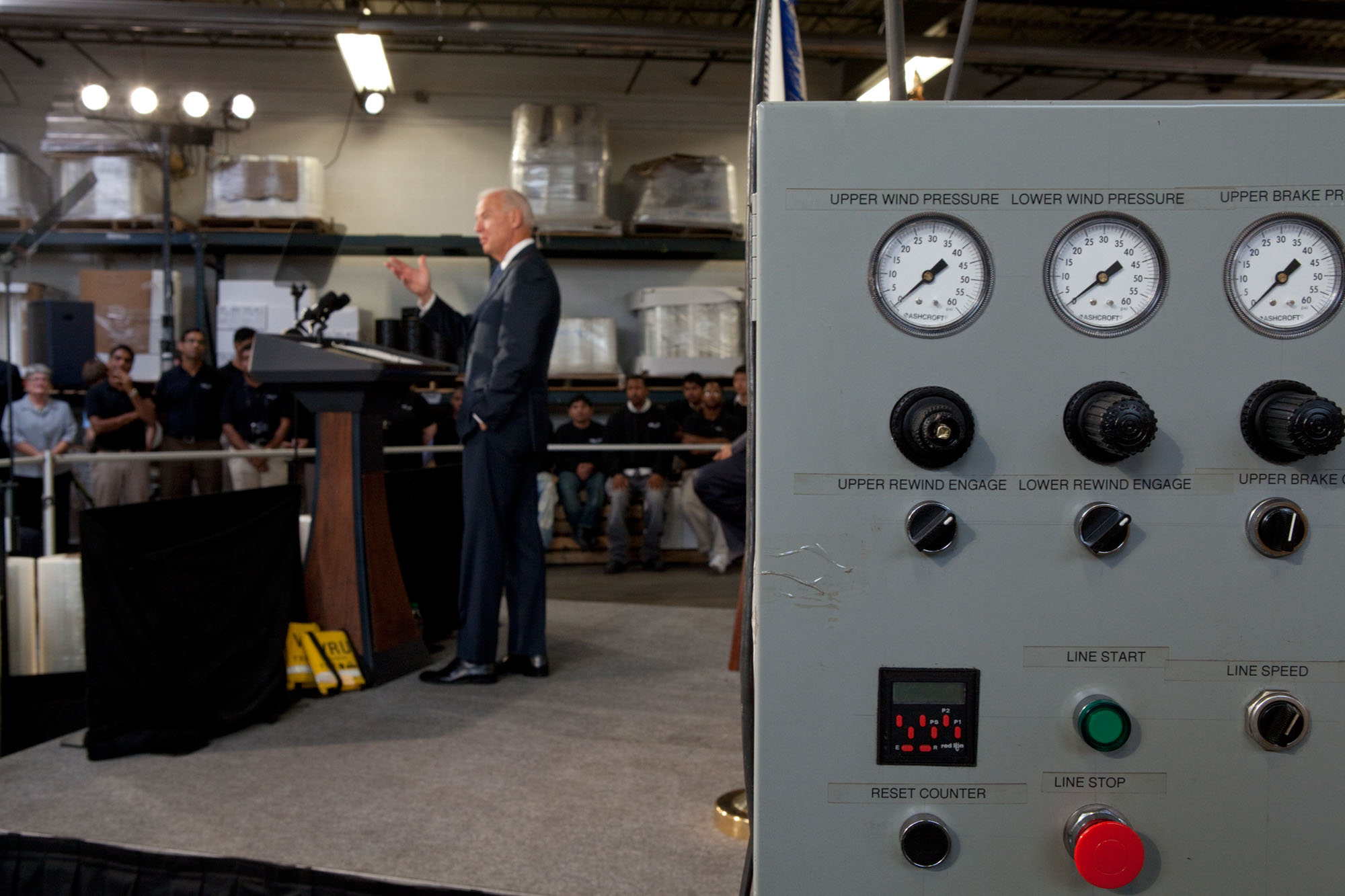