President Obama at the Congressional Black Caucus Foundation Annual Dinner: "March with me and press on" 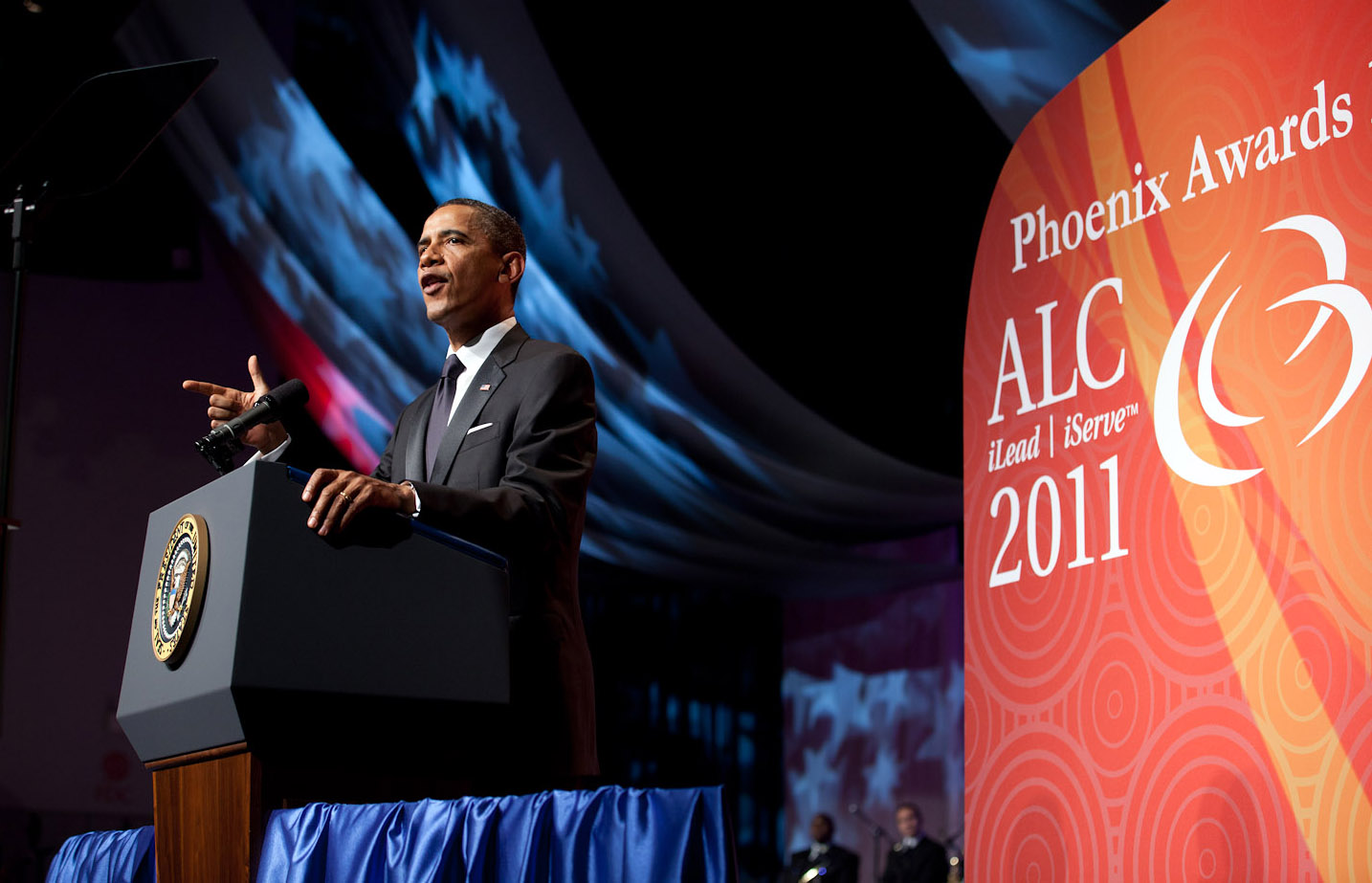 Yesterday evening, the President delivered remarks at the Congressional Black Caucus Foundation Annual Phoenix Awards at the Washington Convention Center in Washington, D.C.  In his speech, the President stressed the importance of passing the American Jobs Act, to put more people back to work, and more money back in the pockets of people who are working:

Right now we’ve got millions of construction workers out of a job.  So this bill says, let’s put those men and women back to work in their own communities rebuilding our roads and our bridges.  Let’s give these folks a job rebuilding our schools.  Let’s put these folks to work rehabilitating foreclosed homes in the hardest-hit neighborhoods of Detroit and Atlanta and Washington.  This is a no-brainer.

Why should we let China build the newest airports, the fastest railroads?  Tell me why our children should be allowed to study in a school that’s falling apart?  I don’t want that for my kids or your kids.  I don’t want that for any kid.  You tell me how it makes sense when we know that education is the most important thing for success in the 21st century.  Let’s put our people back to work doing the work America needs done.  Let’s pass this jobs bill.

We’ve got millions of unemployed Americans and young people looking for work but running out of options.  So this jobs bill says, let’s give them a pathway, a new pathway back to work.  Let’s extend unemployment insurance so that more than six million Americans don’t lose that lifeline.  But let’s also encourage reforms that help the long-term unemployed keep their skills sharp and get a foot in the door.  Let’s give summer jobs for low-income youth that don’t just give them their first paycheck but arm them with the skills they need for life.

Tell me why we don’t want the unemployed back in the workforce as soon as possible.  Let’s pass this jobs bill, put these folks back to work.

The President also stressed the role the American Jobs Act would play in not just in rebuilding schools, bridges, roads but also in saving and creating jobs for teachers, construction workers, veterans and first responders in African American communities all across America.

Why are we shortchanging our children when we could be putting teachers back in the classroom right now, where they belong?  Laying off teachers, laying off police officer, laying off firefighters all across the country because state and local budgets are tough.  Why aren’t we helping?  We did in the first two years.  And then this other crowd came into Congress and now suddenly they want to stop.  Tell me why we shouldn’t give companies tax credits for hiring the men and women who’ve risked their lives for this country -- our veterans.  There is no good answer for that.  They shouldn’t be fighting to find a job when they come home.

Finally, the President stated that he needed the help and determination of the Congressional Black Caucus in supporting and helping pass the American Jobs Act:

I expect all of you to march with me and press on.  Take off your bedroom slippers, put on your marching shoes.  Shake it off.  Stop complaining, stop grumbling, stop crying.  We are going to press on.  We’ve got work to do, CBC.

God bless you, and God bless the United States of America.

Watch the video from the President's remarks, here: