President Obama's Town Hall with LinkedIn: "We are in this thing Together"

September 26, 2011 at 6:30 PM ET by Nikki Sutton
Twitter Facebook Email
Summary:
President Obama takes questions on jobs and the economy from LinkedIn members from across the country during the LinkedIn "Putting America Back to Work" Town Hall. 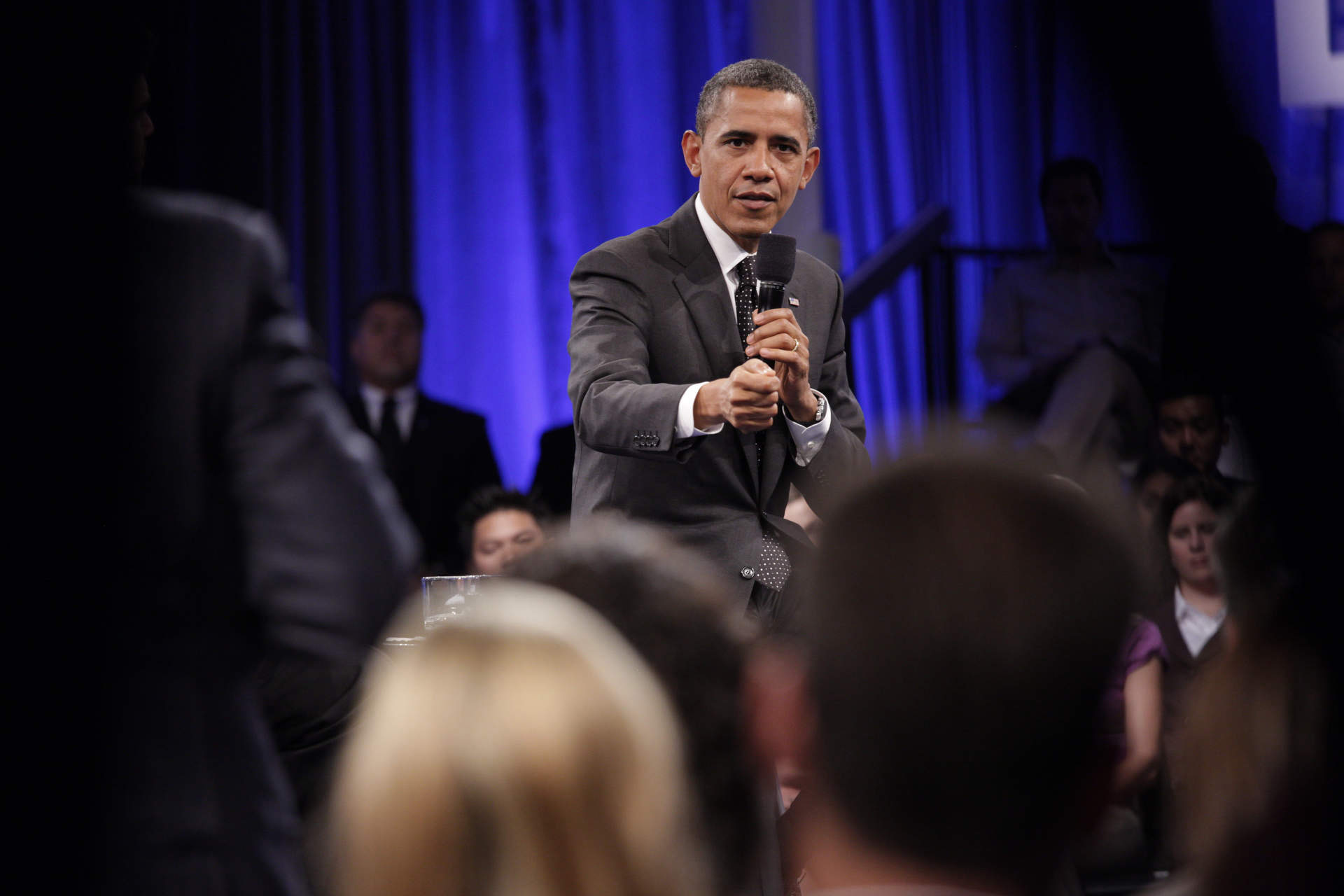 Today, President Obama was at the Computer History Museum in Mountain View, California for a discussion on putting America back to work with members of LinkedIn, the world's largest professional network with more than 120 million users worldwide. LinkedIn members from Gainesville, Florida to Phoenix, Arizona submitted their questions on the economy and jobs for the President to answer during the live Town Hall.

LinkedIn CEO Jeff Weiner kicked off the Town Hall, noting the role of passing the American Jobs Act in putting the country back to work:

There's one number you may be less familiar with, and that's 3.2 million, the number of available jobs in this country -- 3.2 million.  We have everything we need to begin to put this country back to work -- the raw materials, the basic building blocks and, perhaps most importantly, the will of a nation.  What we need is the way.  With the American Jobs Act, our President is leading the way.

Then he turned it over to President Obama to say a few words before diving into questions:

As you mentioned, I put forward a proposal, the American Jobs Act, that would put thousands of teachers back into the classrooms who have been laid off due to downturns in state and local budgets; that would make sure that we are rebuilding our infrastructure -- taking extraordinary numbers of construction workers who have been laid off when the housing bubbles went bust and putting them to work rebuilding our roads and our airports and our schools, and laying broadband lines -- all the things that help us make a success; and also make sure that we’re providing small businesses the kinds of tax incentives that will allow them to hire and allow them to succeed.

During the discussion, the President addressed topics ranging from Social Security and Medicare to strengthening our education system and ways to jumpstart the economy. He also addressed the need to invest in our future and pay for those investments in part by making sure everyone, including the wealthiest among us, is contributing a fair share:

The majority of people by a significant margin think that the way we should close our deficit is a balance of cutting out those things that we don’t need, but also making sure that we’ve got a tax code that’s fair and everybody is paying their fair share.

President Obama concluded by saying, "that's why your voices are going to be so important." The President called on those who had joined the conversation to keep making their voices heard:

I want to hear from you directly, but I also want your voices heard in the halls of Congress.  I need everybody here to be speaking out on behalf of the things that you care about, and the values that made this country great, and to say to folks who you’ve elected -- say to them, we expect you to act responsibly, and not act in terms of short-term political interest.  Act in terms of what’s going to be good for all of us over the long term.

Watch the full video from the Town Hall, here or use the  links below to jump to the questions you're interested in: