Federal Transit Administrator Peter Rogoff visited the Denver Metro Chamber of Commerce to highlight the area’s successes in transit infrastructure projects.  Denver’s Regional Transportation District (RTD) will receive a $1 billion federal grant for the FasTracks transit project that will result in 120 additional miles of rail throughout Denver.  The Chamber was one of the first supporters of the project and helped demonstrate the positive outcomes that result when strong public /private partnerships are formed. 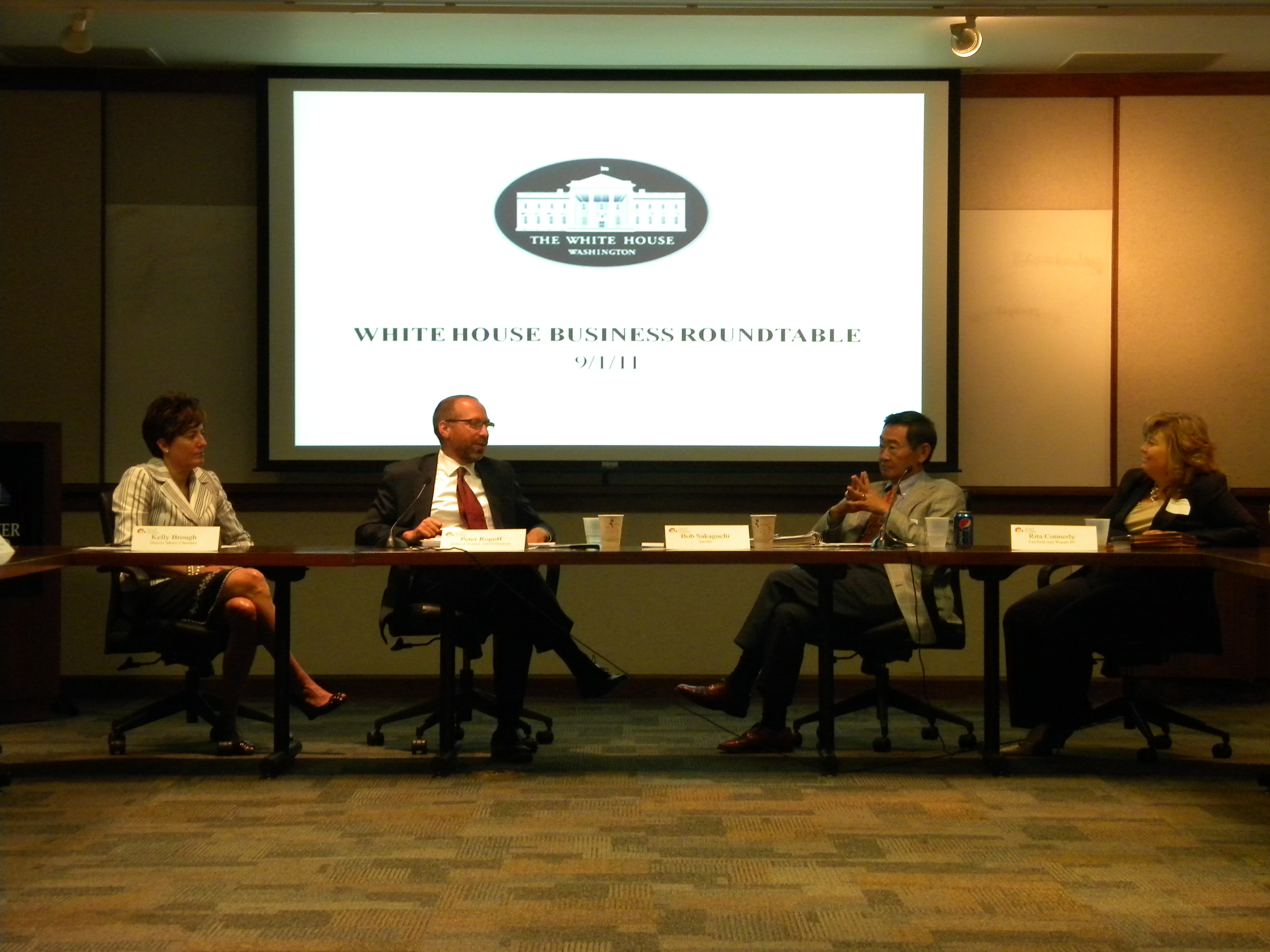 On Sept. 1, the Denver Metro Chamber of Commerce hosted Federal Transit Administrator Peter Rogoff on the heels of the announcement that Denver’s Regional Transportation District (RTD) will receive a $1 billion grant for the FasTracks transit project.

We were heartened by a number of Administrator Rogoff’s comments during a roundtable discussion, including that our city is a leading model not only with our collaborative successes, but with our private sector’s support of valuable public projects.

“The reason greater Denver has been so successful is the communities working together,” he told a group of 25 business leaders. “This region has largely showed it has its act together.”

The grant money, in the form of a full-funding grant agreement, will help pay for the Eagle line of FasTracks rail, expected to cost $2 billion. That segment includes the construction of a rail line from downtown Denver to Denver International Airport (DIA), a line to Arvada and Wheat Ridge and a portion of the Northwest line to West 71st Avenue and Lowell Boulevard, as well as the construction of a maintenance facility.

The Denver Metro Chamber of Commerce was among the first supporters of the FasTracks project, which at build-out will include 120 miles of rail throughout metro Denver.

Transportation is one of three key pillars of focus – along with education and health care – that the Chamber points to as integral to a healthy and thriving economy. It has been since our earliest days when the Chamber’s predecessor, the Denver Board of Trade, committed $100,000 in 1865 to bring a railroad spur from Cheyenne, Wyo., to our city.

Our efforts have not been solely focused on rail. The Denver Metro Chamber has played an integral part in securing funding for highway infrastructure maintenance. In 2007, we conducted a study that showed the economic impact of doing nothing to improve the mountain corridor of Interstate-70 amounts to $1 billion annually and, in 2009, we helped craft and pass legislation, known as the FASTER bill, which is a fee to support the maintenance of poor and failing bridges and roads across the state.

The Chamber has also served as an active partner in the development and expansion of our international hub, Denver International Airport. Much like our efforts on FasTracks, the Chamber was an early proponent of construction of the airport. Not only does the airport contribute approximately $22.3 billion to the state each year, but it is a showcase gateway for Denver and Colorado.

Our members know the business community must take an active role in educating themselves and others about the size and scope of the state’s transportation needs, as well as the options to address those issues.

Participants in the meeting included members of the Chamber’s Transportation Committee, which is a forum for discussion and action related to statewide, multi-modal transportation policy with an emphasis on funding.

The FasTracks project is not just one step toward a solution to our state’s transportation needs; it is an economic driver. Together with a number of our 70 economic development partners and our regional community, we continue to push this project ahead, because it will create jobs not only through its construction, but by helping to attract companies looking to locate in cities with multi-modal options.

We look forward to future conversations with Administrator Rogoff, and we are thankful to him and the Federal Transit Administration for recognizing the value of this project in our city and our state.