September 27, 2011 at 12:04 PM ET by Kiran Ahuja
Twitter Facebook Email
Summary:
Kiran Ahuja, Executive Director of the White House Initiative on Asian Americans and Pacific Islanders, discusses his meeting with the CAPAC members and the progress being made to improve access and participation for AAPIs to federal programs in which they remain underserved.

As Director of the White House Initiative on AAPIs, I joined President Obama and several senior White House officials at a meeting with members of the Congressional Asian Pacific American Caucus last week. The meeting, held in the Cabinet Room at the White House, was a chance for the President and the Caucus members to discuss important issues facing AAPI communities.

In my role as the Director of the Initiative, I had met with CAPAC members many times over the last couple years to talk about the progress we are making to improve access and participation for AAPIs to federal programs in which they remain underserved. Through our work, I’ve gotten to know several members personally, like CAPAC Chair Congresswoman Judy Chu and Chair Emeritus Congressman Mike Honda, and appreciate their dedication to addressing the needs of the AAPI community. It’s a promise shared by the Obama Administration and why we discussed several important issues in our discussions from growing our economy to improving access to health care.

In fact, earlier last week, I joined Congresswoman Barbara Lee, chair of CAPAC’s Health Task Force, and several other members for the Tri-Caucus Health Equity Summit. Together, we discussed health disparities and how the President’s Affordable Care Act is making a difference for Asian American and Pacific Islander communities with more than 300 people in Oakland’s Chinatown. 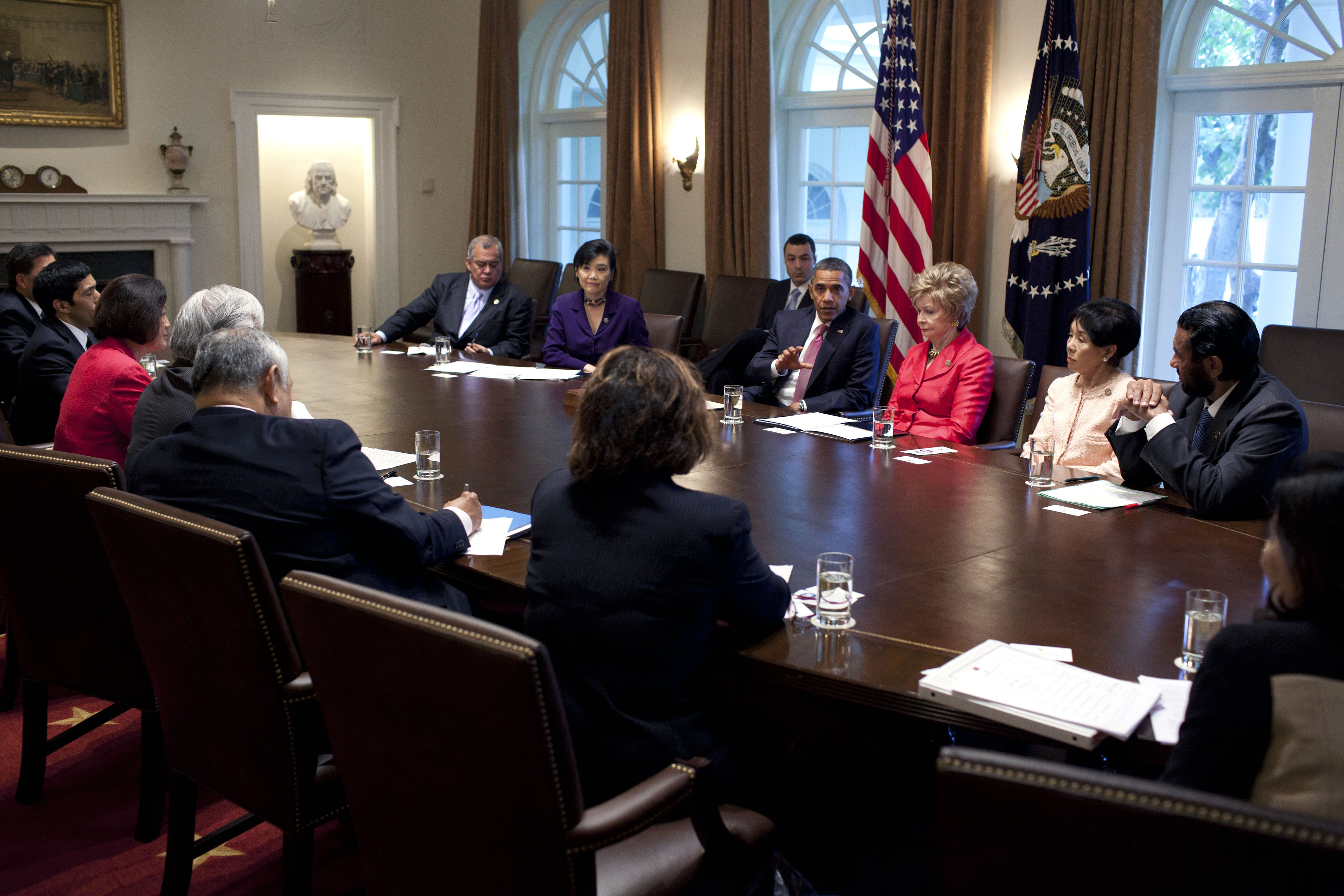 As the Members brought up during our meeting, tackling health disparities is critically important to AAPIs. AAPIs make up over half of all the chronic hepatitis B cases and resulting deaths, and Native Hawaiians and Pacific Islanders have the second highest rate of HIV infection and the second shortest AIDS survival rate of all Americans. To confront this, HHS recently released a comprehensive strategic plan to reduce health disparities among racial and ethnic minorities. The Initiative also partnered with the Health Resources and Services Administration to provide technical assistance on the steps necessary to create a federally-qualified health center for Native Hawaiian and Pacific Islanders in Utah just last week too. Through the Initiative, the Obama Administration has worked hard to improve health services with cultural competence in many parts of the country, including Southern California, Ohio and now Utah as well.

We also discussed the American Jobs Act. The extension of unemployment insurance in the proposal would help at least 300,000 AAPIs and their families, and targeted support would be made available for nearly a quarter million AAPIs who have experienced significant periods of long-term joblessness. An extension and expansion of the payroll tax cut would also help 7.6 million AAPI workers right away. Inaction on this front is not an option for millions of AAPIs.

The President said he was proud of his efforts to make the federal judiciary more diverse. Under President Obama, the number of AAPI federal judges has doubled. In addition, the President pledged to continue working with Congress to create an immigration system that works, noting that his Administration has already taken steps to make the current system streamlined, efficient and fair. The Initiative has held many roundtable meetings across the country to identify the best ways to integrate new Americans linguistically, economically and civically. We’ve held meetings to discuss this with AAPI communities in Los Angeles, Seattle, Honolulu and Minneapolis/St. Paul. Two-thirds of AAPIs are foreign-born. In fact, over 40 percent of people who became legal permanent residents last year came from an Asian country.

These are just a few of the issues where there is strong partnership between the President and CAPAC. As a concrete example among many, the White House Initiative on AAPIs is tasked with ensuring that federal agencies open their doors as wide as possible for AAPIs, especially those underserved, facing linguistic and cultural barriers, and who may have limited experience partnering with the Federal government.

The President greatly appreciated the opportunity to meet with CAPAC members and discuss these key issues, and he appreciates the opportunity to continue working together to create a better future for all Americans. Our standing in the world depends on the strength of this partnership, but most importantly, so does the quality of life for millions of AAPIs who hope to renew the American Dream and expand their opportunities as they live and work hard everyday coast to coast.

Here’s the full list of the CAPAC members who attended the meeting: