September 28, 2011 at 12:53 PM ET by John Porcari
Twitter Facebook Email
Summary:
The American Jobs Act would provide $9 billion for thousands of jobs repairing bus and rail transit systems. Once Congress passes the Act, that money will go out quickly and easily into the economy, creating jobs and helping get our transit systems up to speed.

Since President Obama introduced the American Jobs Act a few weeks ago, Secretary LaHood has been an outspoken advocate for its passage, and with good reason.

On Monday, for example, Brian Lombardozzi, a senior policy analyst with the BlueGreen Alliance, joined me to discuss the importance of investing in job-creating transit projects.  And yesterday, I had the chance to extend that conversation at a conference called "Building the Future: New York State Transit Manufacturing Conference."

Transit literally connects people with opportunities.  It connects them to jobs, to school, to the grocery store. It connects customers to businesses.  For many Americans and American businesses, it’s an absolute lifeline.

But in many places, that lifeline is crumbling.  If we're going to be honest with ourselves, we have to acknowledge that our major transit systems were built and paid for by our parents and grandparents.  The American Jobs Act would provide $9 billion for thousands of jobs repairing bus and rail transit systems.  Once Congress passes the Act, that money will go out quickly and easily into the economy, creating jobs and helping get our transit systems up to speed. 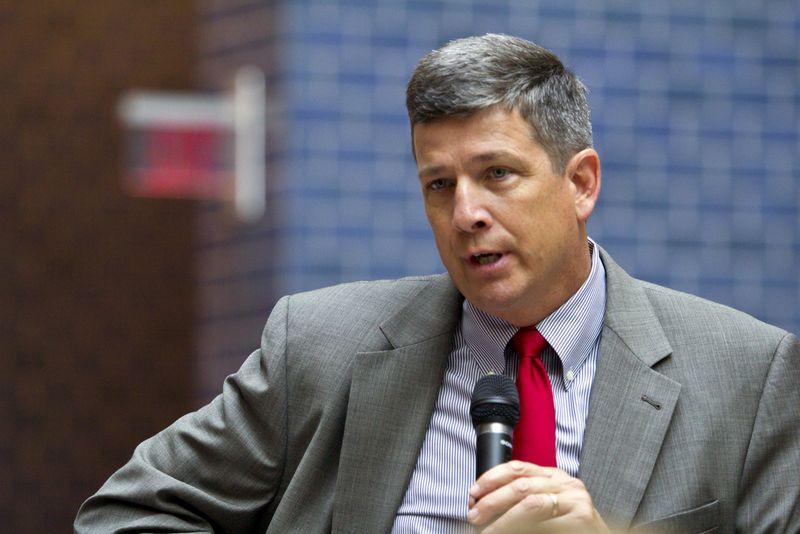 As I told conference-goers yesterday, the same outcome holds true for American Jobs Act investments in roads, runways, and rail.

This past May, I visited the Alstom plant in Rochester, NY.  Alstom, like so many other businesses, had struggled through the last few years’ economic downturn.  But now, their future looks bright.  As a manufacturer of train cars and parts, Alstom has been busy, and--with momentum for high-speed rail gathering steam--they are poised to grow even more. 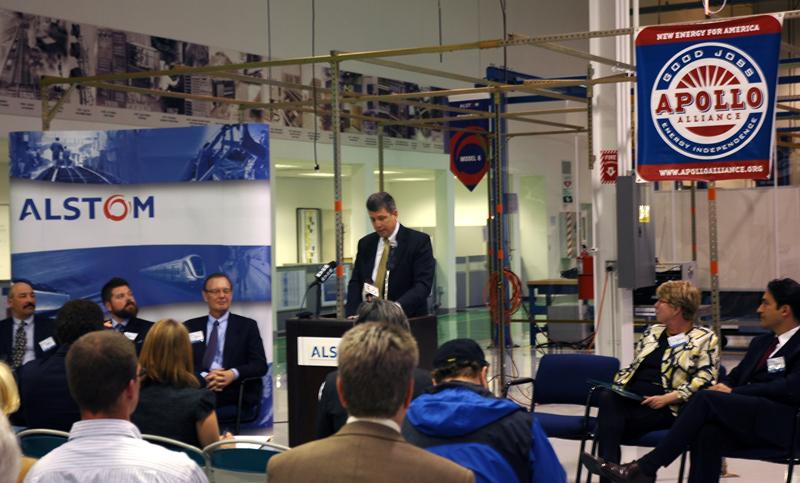 Deputy Secretary of Transportation John Porcari at the Alstom plant in Rochester, NY.

In fact, Alstom just opened a new manufacturing facility.  They’re now building signaling components.  And best of all, they’re in the process of adding 200 permanent new jobs for the Rochester area.
Secretary LaHood has talked about companies like Alstom in other states--companies that are forming the  foundation of a renaissance in American rail manufacturing.  And if Congress passes the American Jobs Act, we will see those opportunities expand and see more workers added to more shifts in plants across the country.

American companies and workers continue to face economic headwinds.  But we’re also seeing people come together to find solutions and make plans today that will help our country prosper for years to come.

That’s exactly what yesterday's "Building the Future" conference was all about.  That's what Secretary LaHood has been talking about.  And that's what the American Jobs Act is all about.
Let's pass this bill.