September 28, 2011 at 5:02 PM ET by Dr. Jose Vicente
Twitter Facebook Email
Summary:
Miami Dade College provides high-quality teaching and learning experiences that are accessible and affordable to meet the needs of its diverse students and prepare them to be responsible global citizens and lifelong learners. 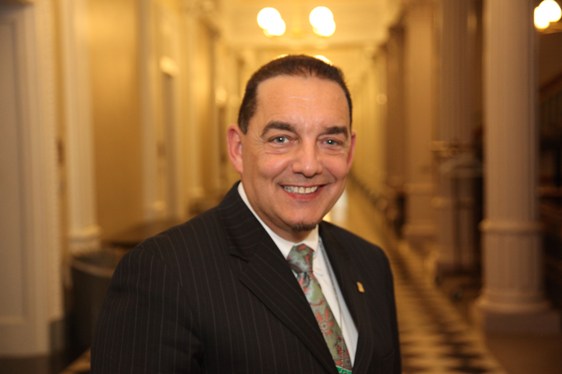 Throughout its history, Miami Dade College (MDC) has been recognized by the nation’s top organization as a national model of academic excellence and student success, in a region with many challenges. Often dubbed "democracy’s college," it was recently named as one of the ten finalist community colleges by the Aspen Institute’s Community College Excellence Program, qualifying for a $1 million prize fund that will be awarded in December to the first-ever national winner and up to three runners-up. MDC was honored for its learning outcomes, college completion, labor market outcomes and other attributes.

MDC provides high-quality teaching and learning experiences that are accessible and affordable to meet the needs of its diverse students and prepare them to be responsible global citizens and lifelong learners. MDC enrolls 174,000 students: 69% are Hispanic, 19% black non-Hispanic, 8% white non-Hispanic, and 76% low-income, with an average age of 26. It offers more than 300 programs of study, including career training, associate, and baccalaureate degree options that support workforce needs and put graduates in jobs. MDC also features numerous acclaimed continuing education classes, a Virtual College, the renowned New World School of the Arts, a trailblazing Honors College, and other innovative programs. Over the past sixteen years, MDC’s President, Dr. Eduardo J. Padrón has engineered this culture of success at the College that has produced impressive results in student access, retention, and graduation.

Completion
MDC enrolls and graduates more minorities than any other institution in the United States, including the largest numbers of Hispanics and African-Americans. To advance its commitment to completion, MDC aggressively pursues, and will continue to pursue, external funding and internal efficiencies to offset state budget shortfalls it has been dealing with for several years. MDC manages more than $65 million in grant funding annually and was recently selected by the Bill and Melinda Gates Foundation as the only single institution nationally to receive funding under its Completion by Design Initiative.

Labor-Market Outcomes
Results of a 2010 study commissioned by RC-2020, highlight the economic impact of MDC compared to that of the sixteen colleges studied. Attesting to the strength of its labor-market outcomes:

Learning Outcomes
Nearly six years ago, MDC broke new ground in higher education by establishing its ten overarching student learning outcomes and innovative assessments. These initiatives have earned numerous accolades, and national press coverage.
Miami Dade College is committed to remaining at the vanguard and meeting the challenges of today’s global knowledge economy. Each new person obtaining an MDC college credential has a multiplier effect on the region’s economy and contributes to the recovery of our nation’s economy. MDC and institutions like it have been lauded by the White House for holding the key to returning America to economic health and prosperity.