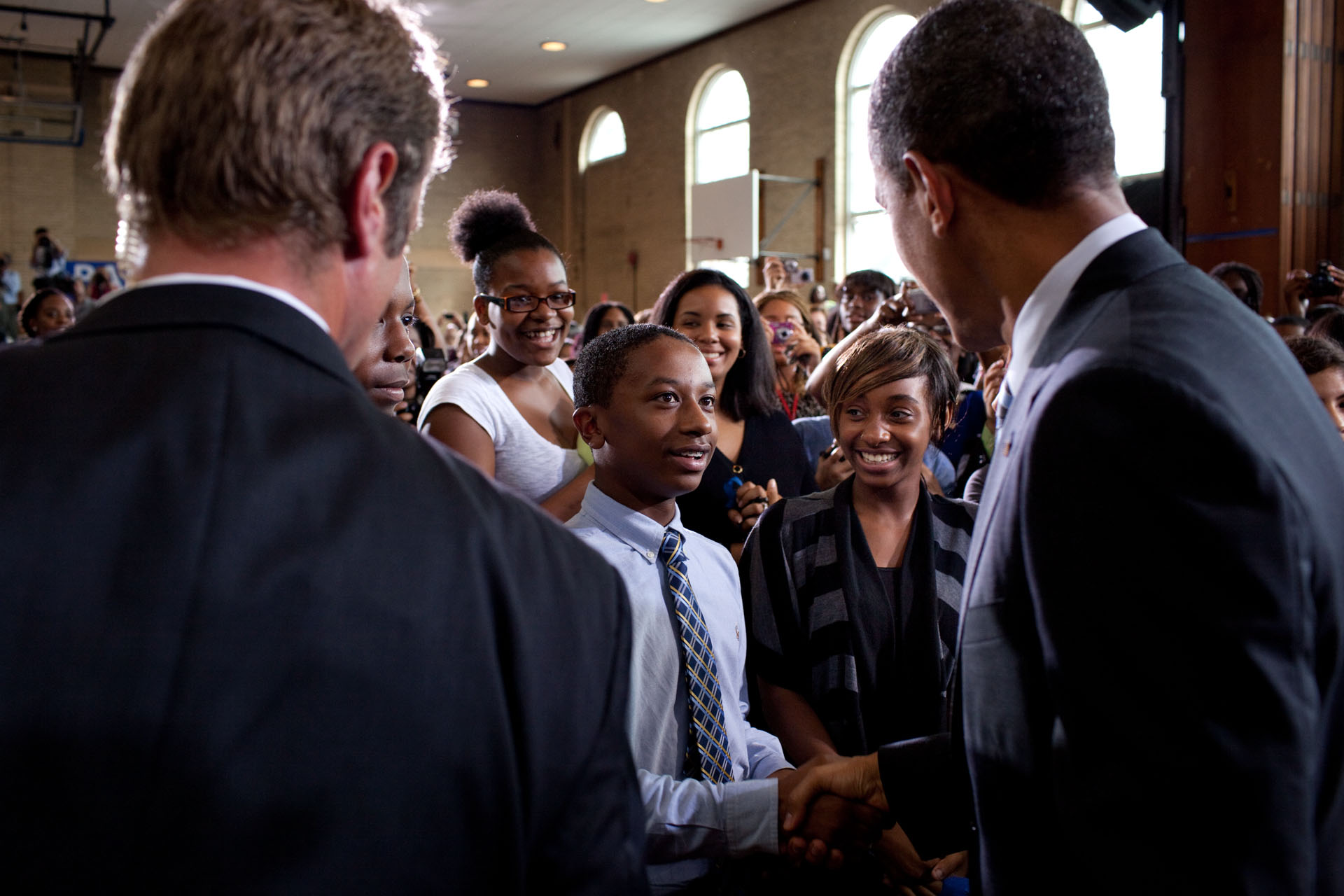 This afternoon, students from across the country tuned in as President Obama addressed them directly in his third annual Back-to-School speech. The President encouraged America's students to use their time in school to try new things, discover new passions and hone their skills to prepare themselves for the kind of profession they want in the future:

It starts, obviously, with being the best student that you can be. Now, that doesn’t always mean that you have to have a perfect score on every assignment.  It doesn’t mean that you’ve got to get straight As all the time -- although that’s not a bad goal to have.  It means that you have to stay at it.  You have to be determined and you have to persevere.  It means you’ve got to work as hard as you know how to work.  And it means that you’ve got to take some risks once in a while.  You can’t avoid the class that you think might be hard because you’re worried about getting the best grade if that’s a subject that you think you need to prepare you for your future...

And that’s why when you’re still a student you can explore a wide range of possibilities.  One hour you can be an artist; the next, an author; the next, a scientist, or a historian, or a carpenter.  This is the time where you can try out new interests and test new ideas.  And the more you do, the sooner you’ll figure out what makes you come alive, what stirs you, what makes you excited -- the career that you want to pursue.

The President explained that being engaged in school is not just for the students themselves, but for the country as a whole. He acknowledged that young people today are growing up fast and students have a lot of responsibility to take on, "because you’re not just kids.  You’re this country’s future.  You’re young leaders.  And whether we fall behind or race ahead as a nation is going to depend in large part on you."

That's why President Obama called on America's students to set a goal to continue their education after they graduate from High School. "The fact of the matter is, is that more than 60 percent of the jobs in the next decade will require more than a high school diploma -- more than 60 percent.  That’s the world you’re walking into."

The President also spoke about the tireless work America's teachers do on behalf of our students:

Teachers are the men and women who might be working harder than just about anybody these days.  Whether you go to a big school or a small one, whether you attend a public or a private or charter school –- your teachers are giving up their weekends; they’re waking up at dawn; they’re cramming their days full of classes and extra-curricular activities.   And then they’re going home, eating some dinner, and then they’ve got to stay up sometimes past midnight, grading your papers and correcting your grammar, and making sure you got that algebra formula properly.

And they don’t do it for a fancy office.  They don’t -- they sure don’t do it for the big salary.  They do it for you.  They do it because nothing gives them more satisfaction than seeing you learn.  They live for those moments when something clicks; when you amaze them with your intellect or your vocabulary, or they see what kind of person you’re becoming.  And they’re proud of you.  And they say, I had something to do with that, that wonderful young person who is going to succeed.  They have confidence in you that you will be citizens and leaders who take us into tomorrow.  They know you’re our future.  So your teachers are pouring everything they got into you, and they’re not alone.

Watch the video of the President's Back-to-School address, here: