Partnering with Public Schools and the Community

September 29, 2011 at 6:15 PM ET by Dr. Charlene Dukes
Twitter Facebook Email
Summary:
Despite the economic challenges of today, Prince George's Community College is facilitating learning in transformational ways for tomorrow’s leaders as one solution to global competitiveness in the decades ahead. 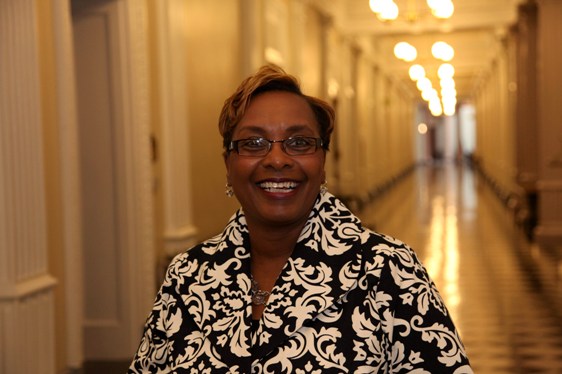 Community colleges across the nation have catapulted into the limelight as a major sector of the higher education landscape. We share a common mission of access and a commitment to student success and completion. We, at Prince George’s Community College, are honored to have been chosen as a ‘Champion of Change’ because of our focus on our mission - to transform the lives of the more than 40,000 diverse students whom we serve.

We open our doors to thousands of students and recently have been acknowledged for our commitment to providing students with a quality education by welcoming 100 rising ninth graders to the Academy of Health Sciences at Prince George’s Community College, the first middle college high school in the state of Maryland. These students, who will be joined each year by another class of ninth graders in the creation of a full high school program of grades 9-12, will realize their dreams and graduate with a high school diploma and an associate’s degree simultaneously; the Class of 2015 will be the first!.

Through a strong partnership with the Prince George’s County Public Schools, the Academy of Health Sciences at Prince George’s Community College was born and unveiled earlier this year. Its opening is evidence that despite the economic challenges of today, our public school and college leaders are facilitating learning in transformational ways for tomorrow’s leaders as one solution to global competitiveness in the decades ahead.

There is another idea central to the creation of the Academy of Health Sciences at Prince George’s Community College – and that is if we believe in seamless learning and a true Pre-K through 20 system of providing access to support an educated citizenry with degrees and credentials, then institutions of learning can no longer exist in a vacuum in our society. We need students to be able to dream beyond the boundaries of their schools, beyond the limits of their neighborhoods, and beyond the shores of this country. They must view themselves and their learning as part of a much larger world.  We live in an age of interconnectedness, where technology and the global village allows access to information at a rate faster than any time in human history. We must give students the tools to critically analyze that information, make judgments, draw conclusions and join the debate as informed and impassioned citizens of this country and our world. Our students in the Academy are understanding that learning is not limited by the walls of the school or the hours of the school day, but rather that it is a lifelong, 24/7/365 endeavor.

Prince George’s Community College is dedicated to education and committed to student success and completion. The college’s strategic plan is focused on increasing graduation rates in a rigorous, standards-based environment through a formal pledge of completion that reflects national and statewide efforts to boost the number of graduates and meet the goals issued by President Obama and his administration. To that end, the college has embarked on a completion agenda, known as Envision Success, which is geared toward ensuring students are successful and that they receive degrees, certificates, and certifications as part of their educational objectives.

The college's real strength rests in its people – faculty, staff, and administrators who dedicate themselves daily to responding to students’ intellectual and professional needs. All of what is accomplished here would not be possible without them. They are the real Champions!

Dr. Charlene M. Dukes is the eighth president, and first female president, of Prince George’s Community College and has more than thirty years of progressive leadership experience and administrative responsibility in higher education.