September 30, 2011 at 11:23 AM ET by Amy Dudley
Twitter Facebook Email
Summary:
Vice President Biden visits the Alexandria Police Department to discuss how the American Jobs Act would help keep police officers and first responders on the beat in northern Virginia and across the country. 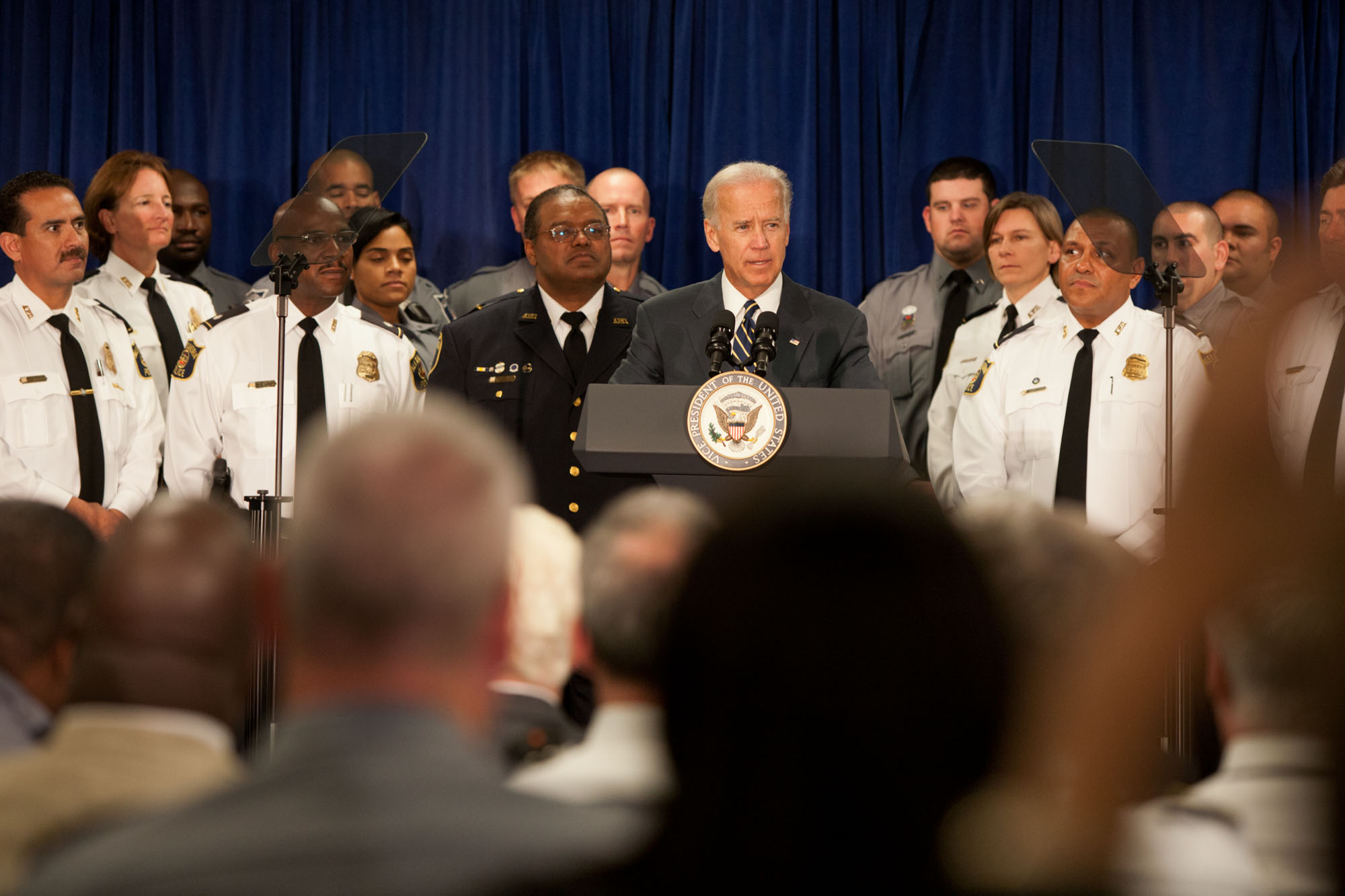 Vice President Biden made a short hop across the Potomac yesterday to the Alexandria Police Department in Alexandria, Virginia where he delivered remarks on how the American Jobs Act would help keep police officers and first responders on the beat in northern Virginia and across the country.

Alexandria is just one of thousands of communities where police forces have taken a hit due to budget cutbacks. Thanks to an $800,000 Community Oriented Policing Services (COPS) grant announced on Wednesday, the Alexandria Police Department will be able to put four out of nine of the officers they lost back on patrol. The American Jobs Act, as Vice President Biden said, would fund an additional $4 billion in COPS grants – like the one awarded to Alexandria – that would support the hiring, re-hiring and retention of officers in departments nationwide.

Vice President Biden went on to describe cities like Flint, Michigan, where two thirds of the police force has been laid off in the last 3 years, and Cleveland, Ohio, where the police academy graduated a class of 100 officers – all of whom had to turn in their badge and gun right after graduation because there were no positions available.

“We need to help these departments,” said the Vice President. “When you cut forces, and you cut them significantly, it not only diminishes public safety, it diminishes your ability to stay safe.”

Vice President Biden also announced how the American Jobs Act would help modernize public safety communications by deploying a nationwide public safety broadband network so that first responders can communicate and exchange data without interruption in emergency situations. The Vice President emphasized that such a network requires sufficient spectrum which is why the American Jobs Act includes allocating the D-block to it.  As the Vice President said, a modern communications system is something “we promised you, the last administration promised you, everybody has promised you since 9/11. … So once and for all, you’ll have what you should have had 10 years ago, 12 years ago, 15 years ago.”

“The first responders in this country, you are absolutely incredible,” Vice President Biden said in closing.  “To me, this is a simple deal.  We owe you.  We said we'd give you what you need, and we told the public they'd have what they needed to be protected.  We're not doing it now because of this recession.  There's an easy way to do it – just by making some very stark choices on value systems that in fact I think the vast majority of the American people would say is just fair.”