September 30, 2011 at 4:09 PM ET by Brad Cooper
Twitter Facebook Email
Summary:
The town of Independence, Kansas joins together to dedicate a memorial displaying the names of residents from their community that are currently deployed overseas in Iraq or Afghanistan.

During the 9/11 weekend, the town of Independence, Kansas dedicated a memorial displaying the names of residents from Independence that are currently deployed overseas in Iraq or Afghanistan.

In a wonderful example of our nation’s gratitude to our military families, residents, local businesses, local and state officials joined together to dedicate the display during the weekend of service and remembrance. The event organizer, Kathy Shepard, working with local leaders such as Mayor Derrill Unruh saw this as an opportunity to involve the wider community and surrounding area in service. Working together, they have set out to collect over 25,000 volunteer hours in support of Operation Honor Card.

As the cards are collected, they will be posted on the display wall as a sign of the community’s continuing commitment to their military families, decorating the names of those deployed with the pledges of support from the town. The kind-hearted dedication to service members and their families shown by Kathy and the people of Independence is truly inspiring.

Everyone can be inspired and make a difference in their communities by pledging their own hours to Operation Honor Card. Operation Honor Card aims to create an atmosphere of 'shared service' and a sense of 'all give some' by encouraging all Americans to perform service in honor of military families and veterans. People from all over the nation are stepping up with over 7.5 million hours of service pledged through Operation Honor Card.

Our military families sacrifice a great deal for our nation and grass-roots efforts, such as the one in Independence, show how everyone can honor and live these values of selfless service. The Joining Forces Team appreciates the leadership of communities like Independence and we hope that you will choose to join forces to serve your community, honor our military families and spread the message of Operation Honor Card. 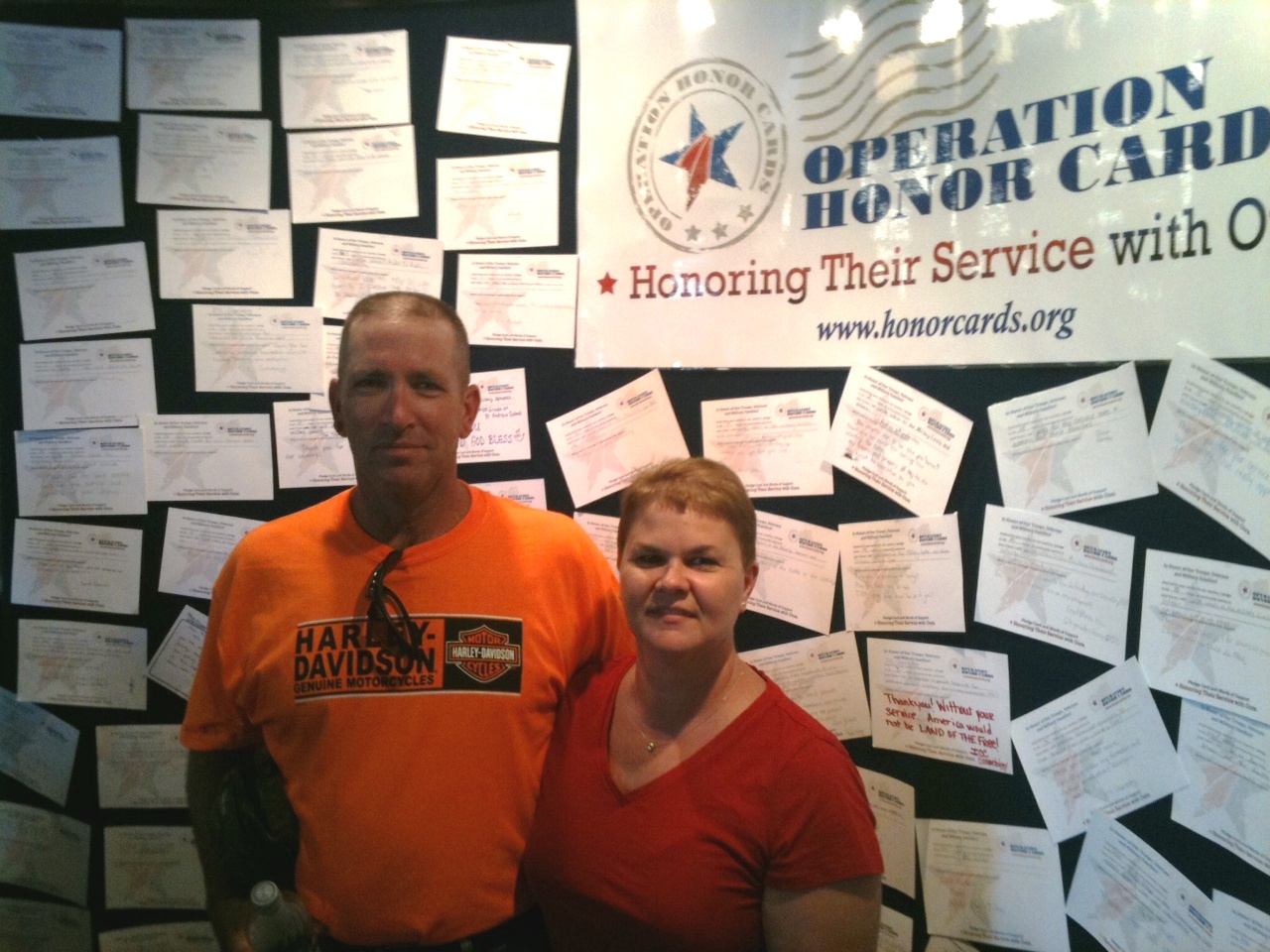 To find out more, or pledge your own hours, visit Operation Honor Cards.

Brad Cooper is Executive Director of Joining Forces in the Office of the First Lady.