A Father Celebrates Today's Reauthorization of the Combating Autism Act

September 30, 2011 at 4:50 PM ET by Michael Strautmanis
Twitter Facebook Email
Summary:
Nearly one percent of American children are on the Autism Spectrum, and this reauthorization continues investments in research, early detection and support and services for both children and adults. 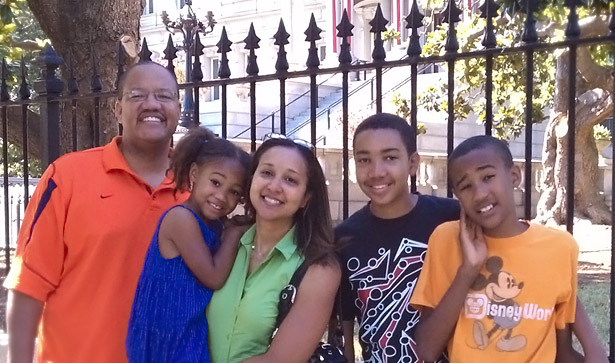 Micahel Strautmanis, his wife and their three children

Every single day, I am proud and awed to be working for our President. But, some days simply take the cake. Just a few short months ago, I had a couple of those days. On April 1st, President Obama issued the first ever Presidential Proclamation to mark World Autism Awareness Day. Later that month, I had another special moment when Valerie Jarrett and Health and Human Services Secretary Kathleen Sebelius announced that the President and his administration fully supported reauthorization of the Combating Autism Act (CAA).  As a father of a child on the autism spectrum, these were extraordinarily meaningful moments to me.

Today, President Obama signed into law the reauthorization of the CAA. I was once again reminded of the honor that it is to be working for a President who gets it -- he knows that persons on the autism spectrum are at the heart of this issue.

Nearly one percent of American children are on the Autism Spectrum, and this reauthorization continues important investments in research, early detection and support and services for both children and adults. Without it, critical research would have been severely hindered and in some cases halted. Millions of persons on the Autism Spectrum would have been deprived of the potential breakthroughs resulting from valuable research, and of the chance to live independent and productive lives.

But, with the stroke of the President's pen, our work continues. Work that will advance education research that supports early diagnosis for children on the Autism Spectrum. Because we all know, the earlier we can diagnose autism, the better we can provide supports and services and work with children so they are prepared to learn when they enter school.

But we would not have gotten to today were it not for a diverse group of people working together.  Members of Congress,  advocates on the Autism Spectrum, parents and grandparents of children with autism, and disability advocates – all played a key role in achieving this goal.