September 30, 2011 at 2:09 PM ET by Lynn Rosenthal
Twitter Facebook Email
Summary:
Vice President Joe Biden visits The View to discuss the work he has done to end violence against women and his current initiative to reduce youth violence. 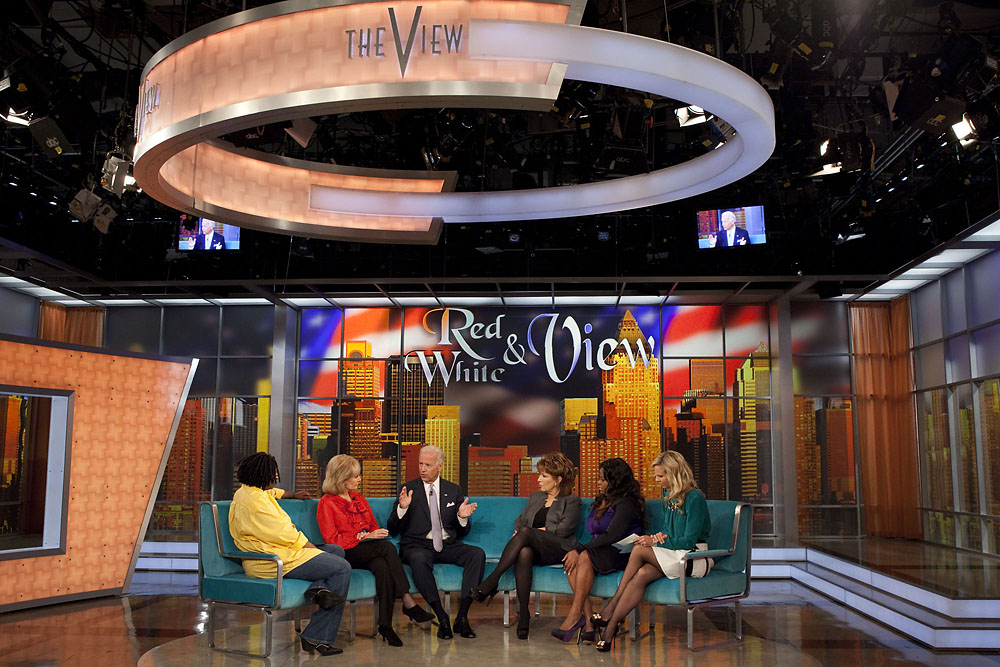 On September 27, 2011, Vice President Joe Biden appeared on The View to discuss the work he has done to end violence against women and his current initiative to reduce youth violence.

Since the passage of the Violence Against Women Act in 1994, a bill the Vice President refers to as his proudest legislative achievement, rates of domestic violence have dropped by over 50%. However, rates of violence against young women continue to remain alarmingly high, with 16-24 year olds experiencing the highest rates of rape, sexual assault and dating violence.

During the interview, the Vice President addressed ways in which everyone can play a part in reducing these high rates of violence. He encouraged parents to educate themselves on the warning signs of abuse and to talk to their children about how to recognize unhealthy and obsessive behavior in a partner.

The Vice President emphasized the need for colleges and universities to make their campuses safer, encouraging them to review the guidance from the Department of Education outlining their obligation under existing federal civil rights laws to prevent and respond to the problem of campus sexual assault. “It’s much beyond women’s sports," he said, "We say, look, if the college isn’t going out of their way to make it safer for women to be on that campus, they can be held in violation of Title IX and lose their money.”

Also discussed was the importance of peer to peer interaction, noting that many times young women are more likely to discuss issues of dating violence or sexual assault with trusted friends rather than an adult. The recently expanded National Dating Abuse Hotline will meet these needs by providing a means for youth to reach out to peer advocates 24 hours a day through call, chat and text message.

The Vice President also stressed that abuse is never the fault of the victim. “I want to make it clear,” he stated, “Never, never, never does a man have a right to raise his hand to a woman.  Never.  Never.”

Lynn Rosenthal is the White House Advisor on Domestic Violence in the Office of the Vice President.