For the Win: Riding the Green School Bus

Jonny Cohen is a junior at Highland Park High School in Highland Park, Il. He is an inventor and experimenter as well as the founder of GreenShields. He is constantly working to help the environment. Jonny is a member of the 2011 PARADE All-America High School Service Team, an award recognizing outstanding young service leaders presented by PARADE Magazine in partnership with generationOn, the global youth service division of Points of Light Institute: 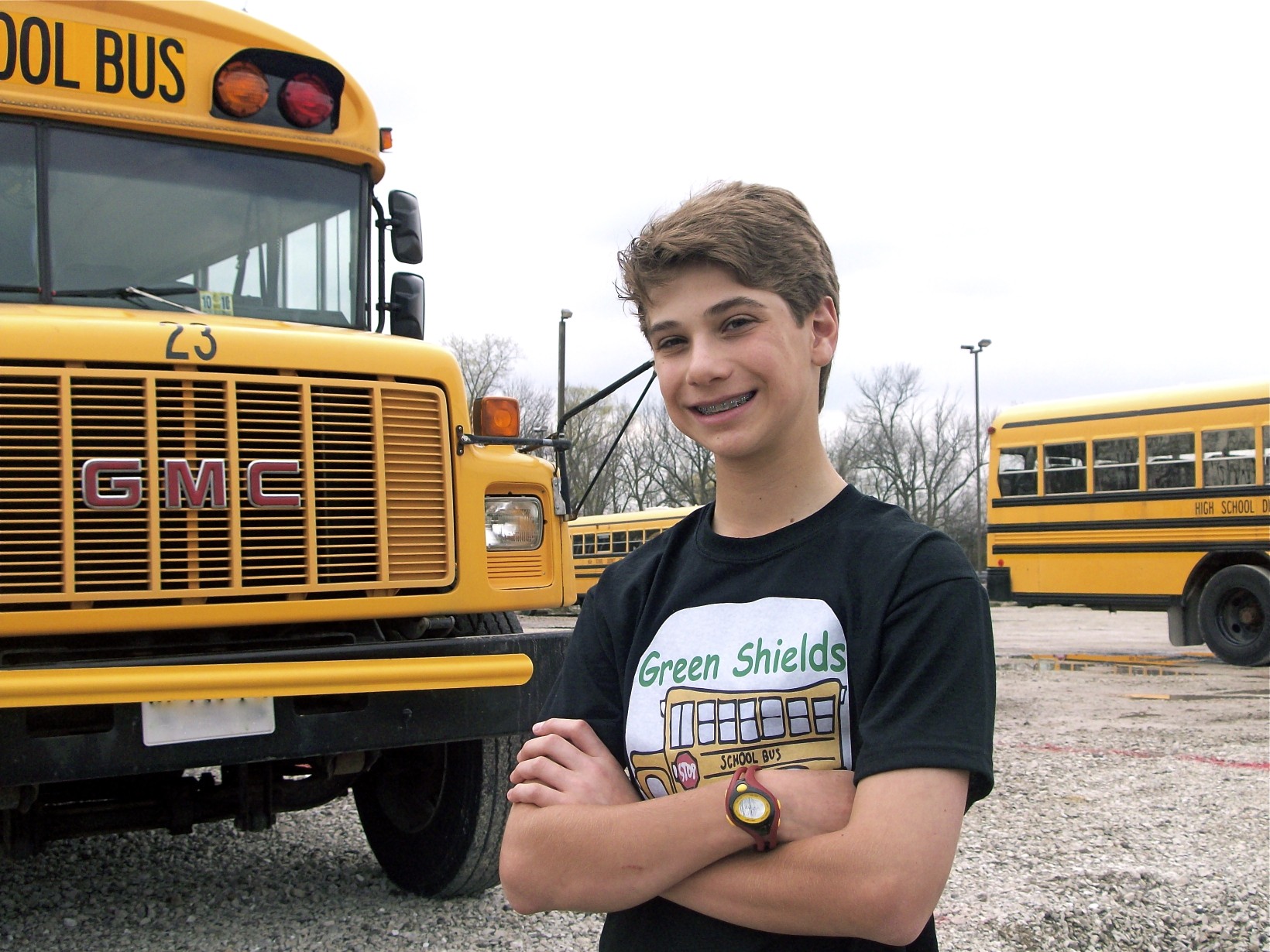 When I walk to school, I notice things. In seventh grade I noticed that school buses parked in front of my junior high were spewing exhaust and something had to be done to make this better. Then it hit me! The shape of the school bus was not aerodynamic. I had taken a Saturday class in aerodynamics at Northwestern University. I thought that maybe a shield angled on the front of the school bus that was clear and plastic could redirect the airflow and this could save gas. I told my older sister, Azza, and she liked the idea. (Side note: there were a lot of other ideas that involved loud noises and homemade rockets that she was not a fan of!)

I went to see Mr. Kunal Pujara, the physics teacher at Highland Park High School and he encouraged me to explore more. I entered a Youth Venture science contest, won a grant and built my own wind tunnel in the garage with a leaf blower to test school bus models. I knew I needed a team, so I asked Azza and her friends to help. I went to a Youth Venture Summit and met with other inspiring teens, which encouraged me to enter the Pepsi Refresh contest, where I won another grant. To receive the Pepsi grant I used Facebook and emailed everyone I knew to get people to vote for my project. I never thought I could win! Online voting seemed impossible and I didn’t want to bother people. But you know what? I pushed myself. I sat in the grocery store on weekends and I made presentations at city hall, all the while asking people in my town to vote for my idea so I could get the funding I needed!

In March of my freshman year I was notified that I had won a $25,000 grant and was interviewed on Good Morning America! The computer drawings I brought with me were made by my friend and fellow student team member, Alex Berkowitz. We worked all weekend on them and I was so excited! I realized that I could finally build and test my idea, but I knew that I needed more smart people to help me. I sent out emails and Northwestern University answered. For the past two summers I have had the privilege to work on this project, which I have since named GreenShields with project advisor, Stacy Benjamin and engineering interns, Tim Healy and Matt Filak. There have been ups and downs but that is exactly what makes solving a problem fun.

The first prototype worked, we saved about 28 percent gas mileage, but it was big, heavy and took time to install. We have been working to make it smaller, lighter and easier to attach. We tested other materials, some worked and some didn’t. We are considering a new scoop design. This is engineering and we need to keep trying until we find an answer.

The most important lesson that I’ve learned is that it’s ok to think up crazy ideas and share them, even when other people might think it’s not possible. As I always say, try to see things not the way they are, but how they could be. Don't be afraid to think or say something different. That crazy idea of yours just might help solve a problem for the environment and the world!