October 4, 2011 at 1:22 PM ET by Kellyn Blossom
Twitter Facebook Email
Summary:
Cabinet officials fanned out across the country to meet with mayors and talk about the American Jobs Act. 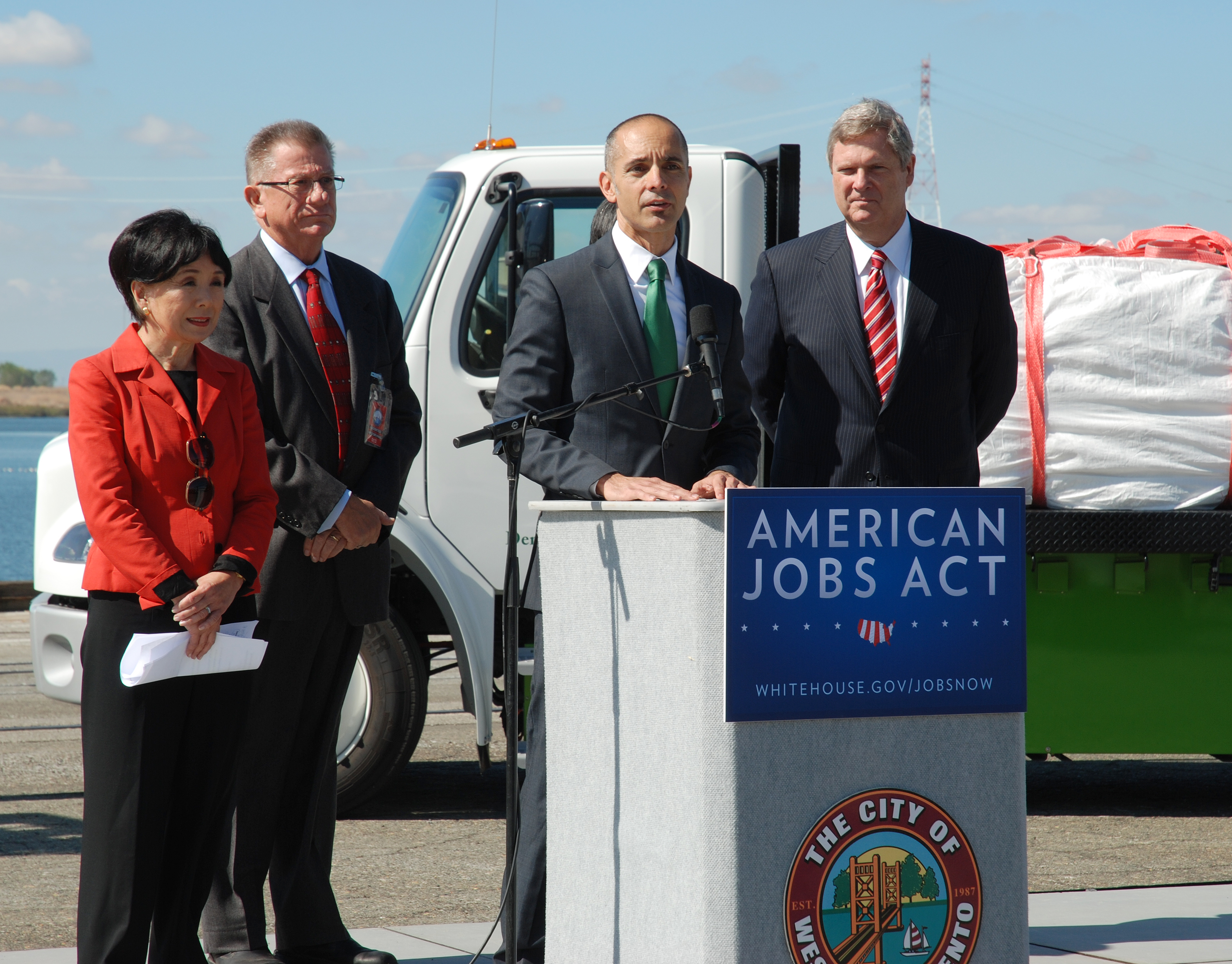 Over the last month, a number of Cabinet Secretaries and mayors came together to talk about how the American Jobs Act would help communities across the country. Below are just a few of the many events from last week where local officials joined the Administration in calling for action to spur job creation immediately:

On Monday, Agriculture Secretary Tom Vilsack and West Sacramento Mayor Christopher Cabaldon visited the Port of West Sacramento to talk about how the American Jobs Act would create jobs and strengthen California’s economy. In California, the Act would provide a tax cut for over 710,000 businesses, support the jobs of 37,300 teachers and first responders and immediately provide over 51,500 construction workers a job improving highways and other critical infrastructure.

On Thursday, Minneapolis Mayor RT Rybak and Labor Secretary Hilda Solis held a press conference at a bridge in downtown Minneapolis to discuss how the American Jobs Act payroll tax cuts and hiring incentives could lead to creating 1.9 million jobs as the country's infrastructure is repaired. In Minnesota, the Jobs Act would make immediate investments in highway and transit modernization of at least $600 million to support approximately 7,900 local jobs.

On Friday, U.S. Trade Representative Ambassador Ron Kirk joined Philadelphia Mayor Michael Nutter for a visit to Superfit, Inc., a jewelry manufacturer in downtown Philadelphia. Superfit, Inc., which is owned and operated by Gena Alulis recently relocated its headquarters to downtown Philadelphia, where the company was able to expand production and hire additional employees. The American Jobs Act would provide a small business tax cut to Ms. Alulis, which will allow her to bring on even more workers.

On Friday, Milwaukee Mayor Tom Barrett joined Secretary Hilda Solis at a turbine construction site at the Jones Island wastewater plant to talk about how the American Jobs Act would invest $575 million in high-priority transportation projects throughout Wisconsin, including more than 1,100 bridges in need of repair. The transportation spending alone would help return 7,500 of the state's unemployed laborers to work