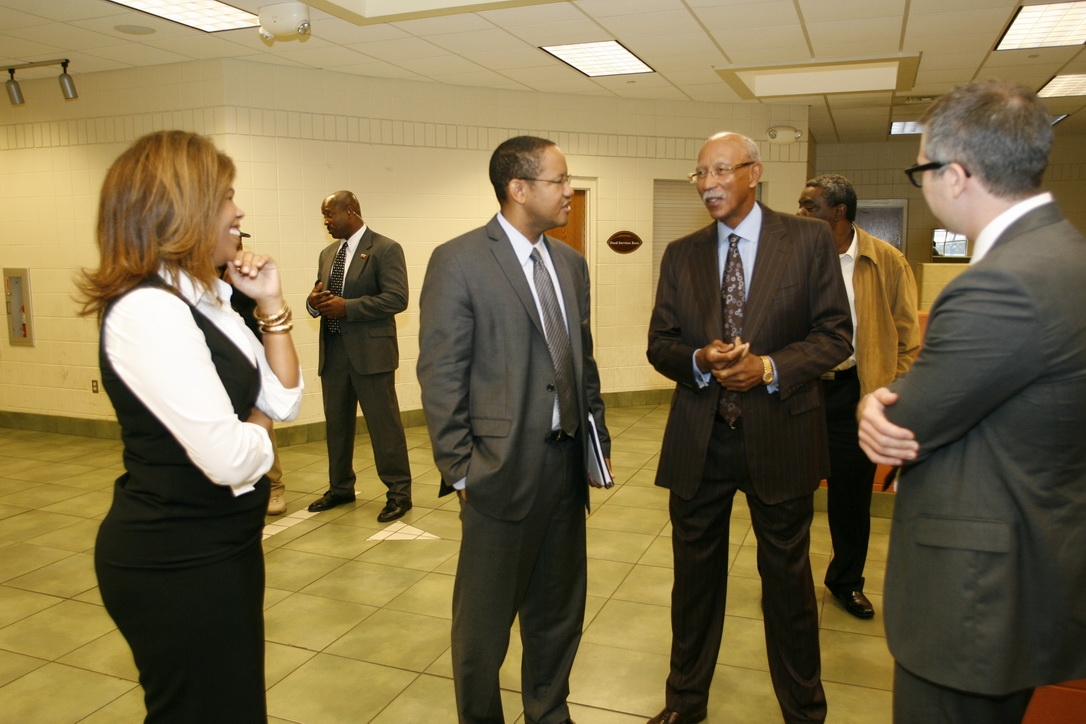 Last week I had the chance to go to one of my favorite cities, Detroit, Michigan, to participate in a site visit for the National Forum on Youth Violence Prevention.  Here at the White House’s Office of Intergovernmental Affairs and Public Engagement, we pride ourselves on working with local elected officials, and grassroots community organizations and leaders to improve their communities and the lives of Americans across the country.

While at the forum, I had a terrific meeting with Detroit Mayor Dave Bing and discussed at length his efforts to prevent youth violence.  I can’t thank him enough for his leadership on this issue.  The city of Detroit is one of six cities helping to lead President Obama’s charge of increasing awareness and taking action against youth violence. It was encouraging to see the coalition that Detroit has forged to address youth violence.  Non-profit organizations like the Boys & Girls Club, youth voices, community block clubs, and a set of impressive grassroots leaders have all partnered with the city of Detroit to make a difference.  Their optimism and sense of urgency were infectious.  Making sure that Detroit’s young people feel safe in their own communities is vital if they are going to develop into strong adults who make a positive impact on the world around them.

I had an opportunity to share the President’s priorities, including passing the American Jobs Act.  Nothing will improve the lives of young adults like a good job, and the President’s Jobs bill would bring jobs directly to Detroit and other urban centers.  The Jobs Act would also help deal with urban blight through programs like Project Rebuild, and I heard from Detroit’s leaders that removing blight is a key pillar in Detroit’s plan to reduce youth violence.

Every time I am able to travel outside of the Washington bubble and meet with the people who make this country work – business leaders, workers, local public servants, and moms and dads and young people alike - I’m inspired and comforted by their hard work and determination to rebuild their communities and create a better America for our children. I am so impressed by not only the City of Detroit, but also the other federal agencies that participated in the successful Youth Violence Prevention Forum: the Departments of Justice, Health and Human Services, Housing and Urban Development, Labor and Education. I look forward to continuing to work on this effort, and I cannot wait to go back to Detroit and see all the progress they have made.

Michael Strautmanis is Deputy Assistant to the President.