Fighting for Equal Healthcare for All

October 5, 2011 at 7:08 PM ET by Anne Marie Murphy
Twitter Facebook Email
Summary:
The Metropolitan Chicago Breast Cancer Task Force engages in research funded by Susan G. Komen for the Cure and Avon Foundation for Women to improve the quality of care offered to all women, advocacy to combat laws and policies that act as barriers to accessing best care, and community outreach to remind women about the importance of mammogram screenings and early detection. 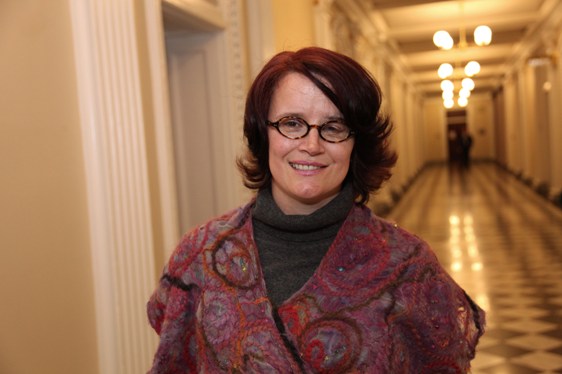 “Of all the forms of inequality, injustice in health care is the most shocking and inhumane,” said Martin Luther King Jr.

When I learned that I had been selected as a White House Champion of Change in the fight against breast cancer, I was both honored and humbled.  To receive recognition for doing work that you are passionate about and that you hope will make a difference is incredibly rewarding.  But as I reflect on this honor, I am reminded of Dr. King’s words.

My organization, the Metropolitan Chicago Breast Cancer Task Force, is located in an internationally renowned city. Our current President hails from Chicago.  The City is rich with resources – academic, civic, philanthropic and even health care. Yet, Chicago  has one of the highest disparity rates in the country when it comes to breast cancer mortality for African American women. Our research shows that African America women are 62 percent more likely to lose the battle against breast cancer than their white counterparts. Chicago also has some of the lowest mammogram screening rates in the country for women receiving Medicare. Statistics like these are both shocking and inhumane because they shouldn’t exist in a City like ours – the City of Big Shoulders. Yet, when it comes to breast cancer, we are clearly failing a large portion of our citizens. The fact that African American women have seen no improvement in survival over the last 20 years when so much has improved with treatment and mammography is a testament to this failure. It is quite simply a health care injustice.

The good news is that the Task Force (and its many community and health care partners) is working hard to end this injustice.  We engage in research funded by Susan G. Komen for the Cure and Avon Foundation for Women to improve the quality of care offered to ALL women, advocacy to combat laws and policies that act as barriers to accessing best care, and community outreach to remind women about the importance of mammogram screenings and early detection.  We consider ourselves fortunate to work with amazing institutions and groups that are just as outraged by the breast cancer disparity rate in Chicago as we are.

Our mission is to make sure that every woman in Metropolitan Chicago has access to life saving breast cancer screening and treatment, regardless of her race, socio-economic  status, or where she lives – excellence in healthcare for all not for a chosen few.  Some may call this idealistic because we live in a country that is inherently made up of the haves and have-nots.   Even if such cynicism has a kernel of truth, I choose to disregard it.  I stand by the words of Dr. King.