Civil Rights Protections for Service Members and their Families

October 6, 2011 at 2:43 PM ET by Tom Perez
Twitter Facebook Email
Summary:
The Department of Justice describes some of the ways they are working to enforce civil rights protections on behalf of service members and their families. 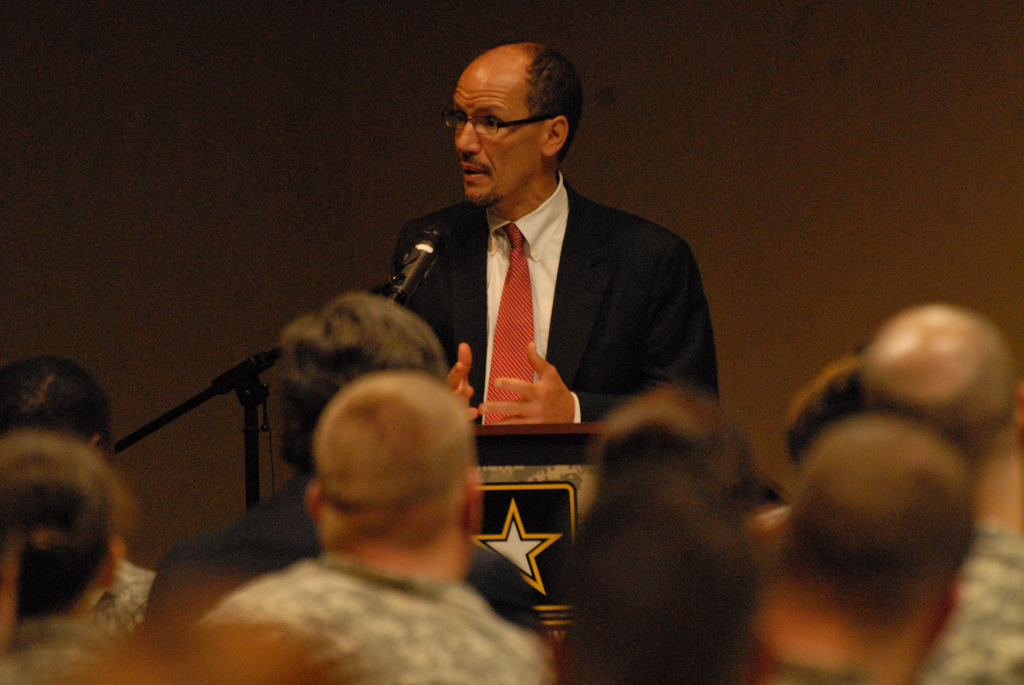 Last week, I had the privilege of meeting with service members at the Ft. Knox Military Installation and discussing the civil rights protections that we at the Department of Justice are working hard to enforce on their behalf, and on behalf of their families.  While there, the United States Attorney for the Western District of Kentucky David J. Hale and I met with LTG Benjamin C. Freakley, Commanding General, U.S. Army Accession Command at Fort Knox, and toured the newly opened Maude Complex, home to Human Resources Command where more than 4,400 military and civilian workers are employed.

While at Ft. Knox, I spoke with approximately 100 soldiers from various units -- including the Warrior Transition Unit, which assists wounded soldiers -- to discuss the Civil Rights Division’s recent efforts to protect important economic, housing, voting, loan and employment rights of our nation’s service members.  I wanted to hear directly from the men and women serving our nation in uniform about the challenges they face, so that we can do our best to address those challenges.  The meeting was very informative, and I learned about particular issues and cases in a wide range of civil rights areas.  I was inspired by their commitment to service and the sacrifice that our soldiers are making on behalf of the nation.

As I told the soldiers: “There is a posse of people in the federal government making sure that the remarkable sacrifice that you make on behalf of our country is a sacrifice that is matched by our commitment to help you in so many different [civil rights] areas.”

I encouraged Ft. Knox’s soldiers to seek advice from their JAG office about their rights under these laws and to report violations of their rights.  I also talked about the Department’s recent enforcement actions, including successful efforts to avoid the foreclosure of homes owned by soldiers serving overseas and to compensate soldiers who return from deployment to find that they no longer have a civilian job.  At the end of May, the Division announced two multi-million dollar settlements under SCRA, including a $20 million settlement with Bank of America/Countrywide to resolve allegations that the mortgage servicer unlawfully foreclosed on approximately 160 service members.  This was the largest SCRA settlement we have ever reached.  To date in the current administration, 34 cases have been filed under USERRA to protect the employment rights of service members, more than were filed in the previous four years combined.  In the 2010 elections, the Division aggressively enforced UOCAVA to ensure that Americans serving in our armed forces and citizens living overseas received their absentee ballots in time to ensure that they had the opportunity to vote and to have their votes counted.

But we can do more. While at Ft. Knox, I also discussed the package of legislative proposals that the Department of Justice sent to Congress on September 20th.  These proposals would significantly strengthen the existing laws that protect the civil rights of members of the military and their families.  The package of reforms addresses all three of the service member civil rights statutes that the Civil Rights Division enforces.  These three laws were all enacted with broad, bipartisan support, and these new proposals will make the protections afforded to our service members even stronger.

For more information about the Department’s work on behalf of service members, please visit www.servicemembers.gov.