October 6, 2011 at 3:00 PM ET by Shakira
Twitter Facebook Email
Summary:
Shakira was named to the President's Advisory Commission on Educational Excellence for Hispanics 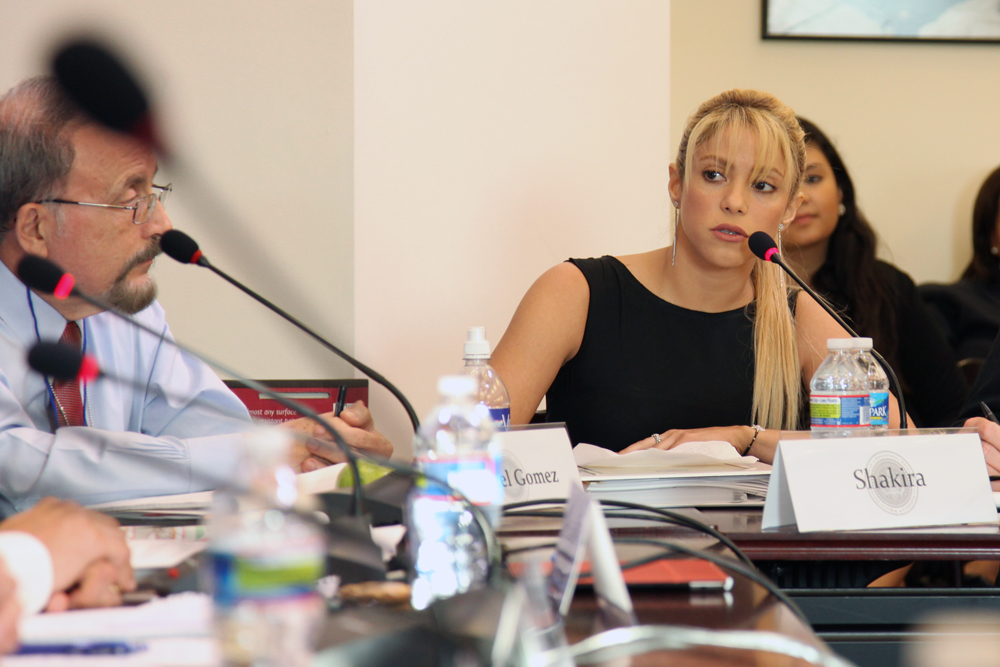 Latin American pop star Shakira participates in a meeting of the White House Initiative on Educational Excellence for Hispanics Commission. President Obama appointed the singer to the Commission on the basis of her extensive philanthropic work on this issue. (by Adam Garber)

For a host of reasons, young Latinos in this country disproportionately drop out of school and far too few finish college.  And as I have seen in my own philanthropic work, the only road out of poverty is education.

Investing in the educational achievement of this vulnerable population will not only help determine the economic future and competitiveness of this nation, but can serve as a model for the world. I am grateful to have an opportunity to support and inform such important work.

I hope that through my appointment to this commission, I will be able to share what I've learned through the 15 years I have been involved in the education of Latino children. As we all know, race and ethnicity shouldn't be factors in the success of any child.

It is my belief that if we provide early childhood education to Latino children who need it but cannot afford it, it will take less than a decade to reap the benefits. There will be fewer Latino students being held back, fewer who need special education at a later age, less crime involving school-age children, and a smaller achievement gap between Latino and White students.

This isn't just my belief. There is substantial scientific support for this notion. According to numerous recent studies, the largest predictor of high school educational achievement is academic skill level upon entry into kindergarten. Even by middle school, these academic patterns have become entrenched, forming a blueprint that shapes a student's entire academic experience and life. Upon entering kindergarten 42% of Latino children are found in the lowest quartile of performance in reading skills compared to just 18% of white children.

For that reason it is clear that the most powerful avenue for boosting academic achievement at all grade levels is improving the basic academic skills of children before kindergarten.

The Obama administration has made a point to improve Latino education and, as I have discussed with President Obama, I am extremely passionate about working with the White House to plan an early childhood education summit in the coming year. The importance of this cannot be overemphasized.

As the Latino population grows, the U.S. economy becomes more and more dependent on its success.

The more we invest in strategies that nurture the bodies and minds of young Latino children the more we'll guarantee economic prosperity for this great country in the years to come.