October 7, 2011 at 5:36 PM ET by Eugene Schneeberg
Twitter Facebook Email
Summary:
Eugene Schneeberg, the Director of the Center for Faith-based and Neighborhood Partnerships at the U.S. Department of Justice discusses about his recent visit to Detroit for the implementation of Detroit’ City Wide Youth Violence Prevention Plan. 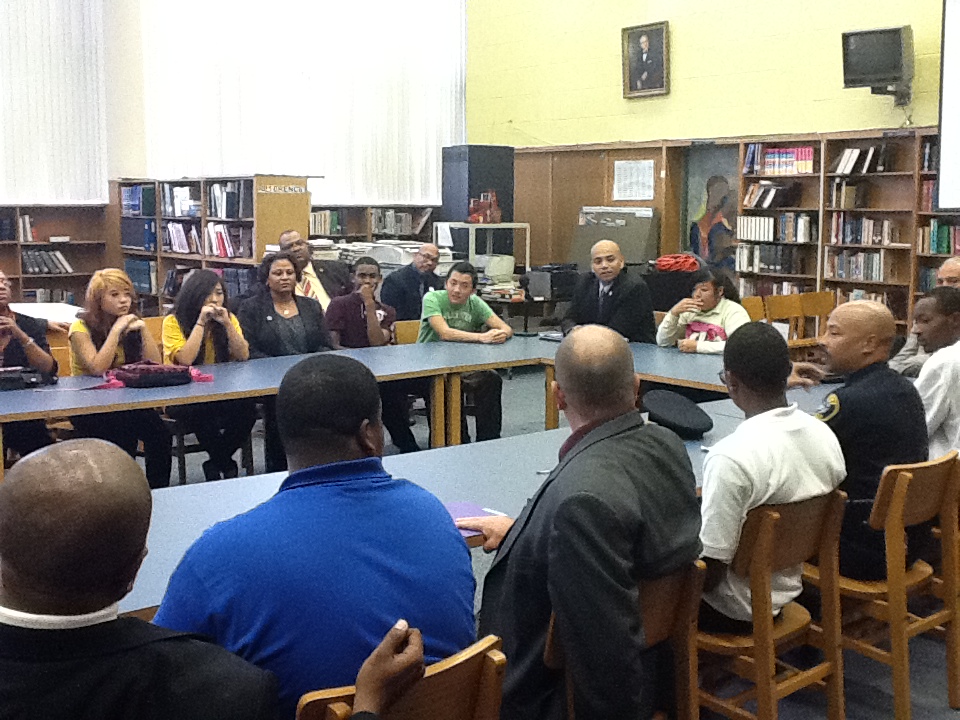 Chief of Police Ralph Godbee and members of the Federal Government meet with students from Osborn High School as well as faith-based and community organization focusing on Detroit’s Safe Routes initiative at Osborn High School.

Over the past year Detroit has made considerable progress under the leadership of Mayor Dave Bing, Police Chief Ralph Godbee, US Attorney Barbara McQuade and their talented staff  who helped to lead the Youth Violence Prevention efforts in the city.   We toured the three target areas in Detroit’s Youth Violence Prevention plan (Cody, Denby and Osborn).  A key part of the plan is the successful implementation of their Safe Routes initiative.  One of the primary goals of Safe Routes is to increase the safety of students on their way to and from school.  Detroit has successfully enlisted faith based and community based volunteers who build relationships with students, and also patrol the surrounding communities acting as additional eyes and ears on the street.  We met with representatives from “Men on Patrol”, “the Man Network” and “M.A.D.E. Men” all volunteers who everyday of the week are up patrolling as early as 6:30am (rain, sleet or snow) to make sure that young people in their communities feel safe and are safe on their way to and from school. 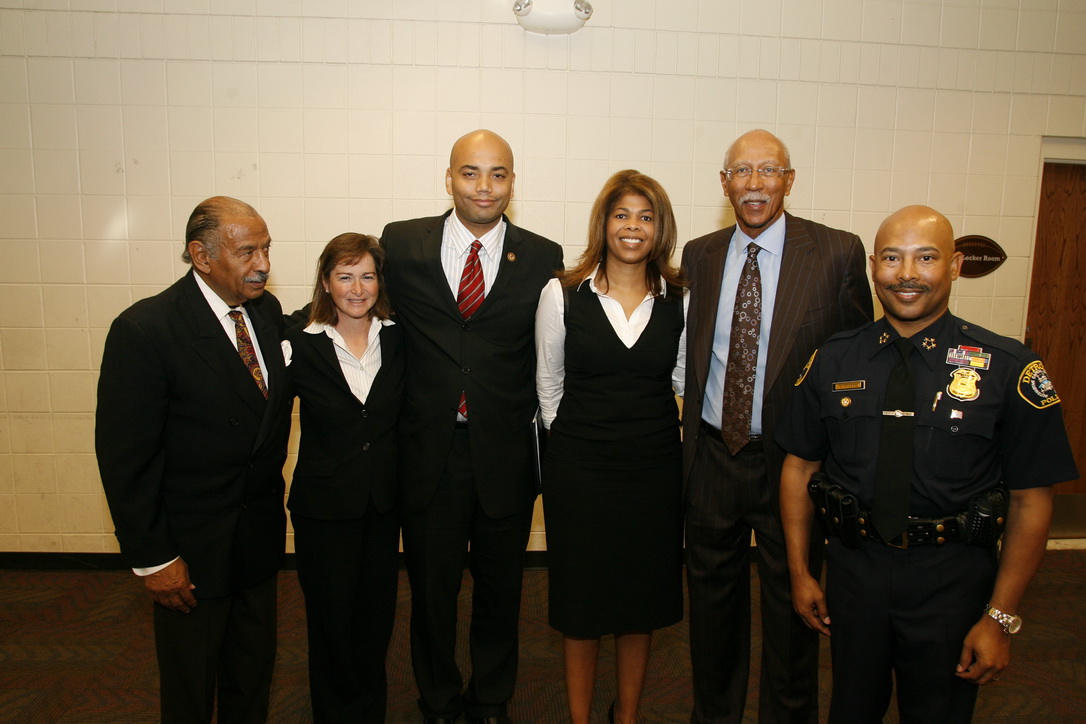 Some of the highlights of the visit were:

Eugene Schneeberg is the Director of the Center for Faith-based and Neighborhood Partnerships at the U.S. Department of Justice.