October 7, 2011 at 4:45 PM ET by Christine Schellack
Twitter Facebook Email
Summary:
The Oval Office meeting was a chance to celebrate not only America’s strong and enduring friendship with Tunisia, but how far the Tunisians have come since they first ignited the Arab Spring nearly one year ago 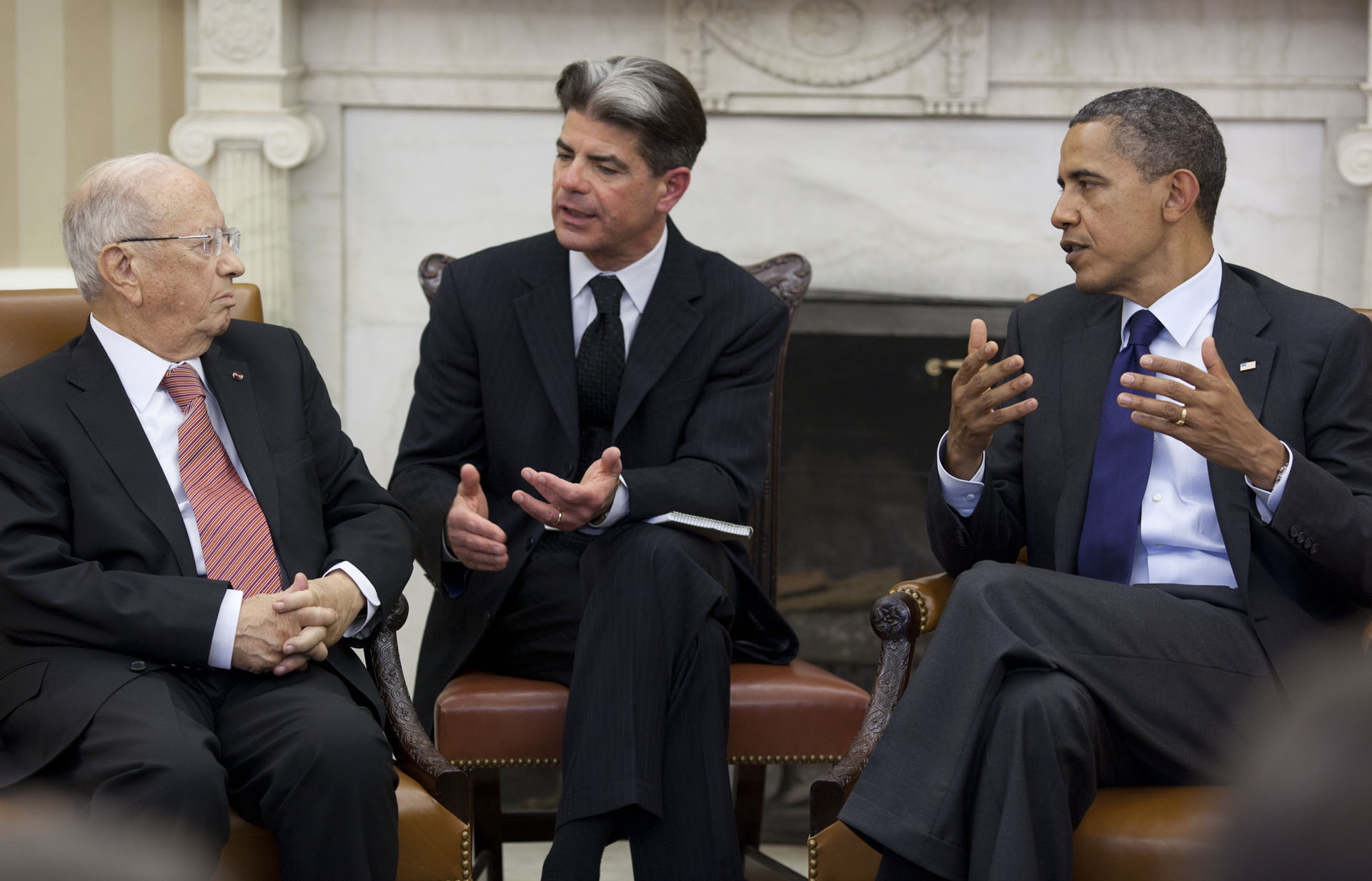 This afternoon, the President met with Tunisian Prime Minister Caid Essebi to discuss Tunisia’s progress toward democracy. Their Oval Office meeting was a chance to celebrate not only America’s strong and enduring friendship with Tunisia, but how far the Tunisians have come since they first ignited the Arab Spring nearly one year ago.

In less than a month, Tunisia will be first yet again. This time, Tunisians will go to the polls to participate in the first election a transition country has hosted since the Arab Spring began. Voters will choose among hundreds of political parties, many of which were not previously allowed to organize under the Ben-Ali regime.  Winners from this election will form the national Constituent Assembly, a governing body with over 200 seats that will, over the course of the next year, write a new constitution, set dates for parliamentary and presidential elections, and help guide Tunisia on its path to transition.

In May, President Obama said “if you take the risks that reform entails, you will have the full support of the United States.” Indeed, Tunisia has been a trail blazer on the path of reform, and the United States has contributed over $55 million in assistance to support its transition. Today, the President recommitted America’s support to Tunisia by pledging significant new U.S. assistance to address Tunisia’s immediate budgetary needs, support private sector growth, reduce poverty, and foster youth development and opportunity. This kind of assistance will touch the lives of ordinary Tunisians. Private sector growth can boost job creation, poverty reduction can increase national security and standard of living, and youth development will help prepare Tunisian students and professionals for future employment, build local capacity, and develop citizens at the grassroots level. This is truly an investment in the future of Tunisia.

For me, the most inspiring moment from today’s meeting was when the President announced the upcoming return of the Peace Corps to Tunisia. The Peace Corps embodies the American spirit, and the program has a long and proud history in Tunisia. The program’s value in connecting Americans to Tunisians, especially young people, is innumerable.

It has been almost a year since the young Tunisian fruit vendor Mohammed Bouazizi was humiliated after Tunisian police confiscated his cart and demanded a bribe to get it back. Bouazizi never saw the revolution he sparked, nor witnessed the path toward democracy that his country would begin to chart. But his noble struggle and protest for dignity will guide Tunisia and the United States as we work side-by-side to shape a world that grants greater opportunity for all.