President Obama today vowed to keep fighting for the American Jobs Act, despite  the Senate’s failure to pass the bill that would keep teachers in the classroom, cops on the beat, and put construction workers back on the job while providing tax cuts for middle-class families and small business owners and help our veterans share in the opportunity they defend.

The President was speaking at the White House Forum on American Latino Heritage, where he joined Secretary of the Interior Ken Salazar in celebrating Latino culture, and honoring the contributions that so many Latinos have made  to our nation. He also spoke about the struggles facing the Latino community, which has one of the highest unemployment rates in the country during this time of economic crisis, and promised that his focus would remain on to restore a sense of security and fairness for all Americans:

We’ll give members of Congress a chance to vote on whether they think that we should keep teachers out of work -- or put them back in the classroom where they belong, teaching our kids.

They’ll get a chance to vote on whether they think that construction workers should stay idle while our roads and bridges are falling apart -- or whether we should put these men and women back to work rebuilding America.

Republicans say that one of the most important things we can do is cut taxes.  Well, they get a chance to vote on whether we should cut taxes for middle-class families, or let them go up.  This job would cut taxes for virtually every worker and small business in America; 25 million Latinos would benefit.  If you’re a small business owner who hires a new worker or raises wages, you’d get another tax cut.  If you hire a veteran, like Sergeant Petry, you’d get another tax cut.  Anybody who fights for our country should not have to fight for a job when they come home.

Now, I know some folks in Congress blocked this jobs bill because of how it’s paid for. Well, we already agreed to cut nearly $1 trillion in government spending. We’ve offered to cut even more in order to bring down the deficit. But we can’t just cut without asking those of us who’ve been most fortunate in our society to pay our fair share.  And that’s not about punishing success; it’s about making choices. If we want to create jobs and close the deficit, and invest in our future, the money has got to come from somewhere.

And so we’ve got to ask ourselves a question: Would we rather keep the tax code with its loopholes exactly as they are for millionaires and billionaires -- or do you want construction workers to have a job rebuilding roads and bridges and schools?  Because you know a lot of our kids in the community are learning in trailers right now. Why wouldn’t we want to put people back to work rebuilding those schools? Would you rather fight for special interest tax breaks, or do you want to fight for tax cuts for small businesses and middle-class families in your neighborhood?  I think I know the answer.

In the end, this is a debate about fairness and who we are as a country.  It’s a debate about what we believe in; what kind of country do we want to be.  When Michelle and I tuck our daughters into bed at night, we think about the fact that we are only where we are because somebody who came before us met their responsibilities. They put the America Dream within our reach.  They made sure that there were student loan programs out there, and they made sure that there were decent schools out there, that there were opportunities for everybody. That’s the reason all of you are here today -- because somebody made an investment 10 years ago, 20 years ago, 30 years ago, 40 years ago, to ensure that you had a chance at success. 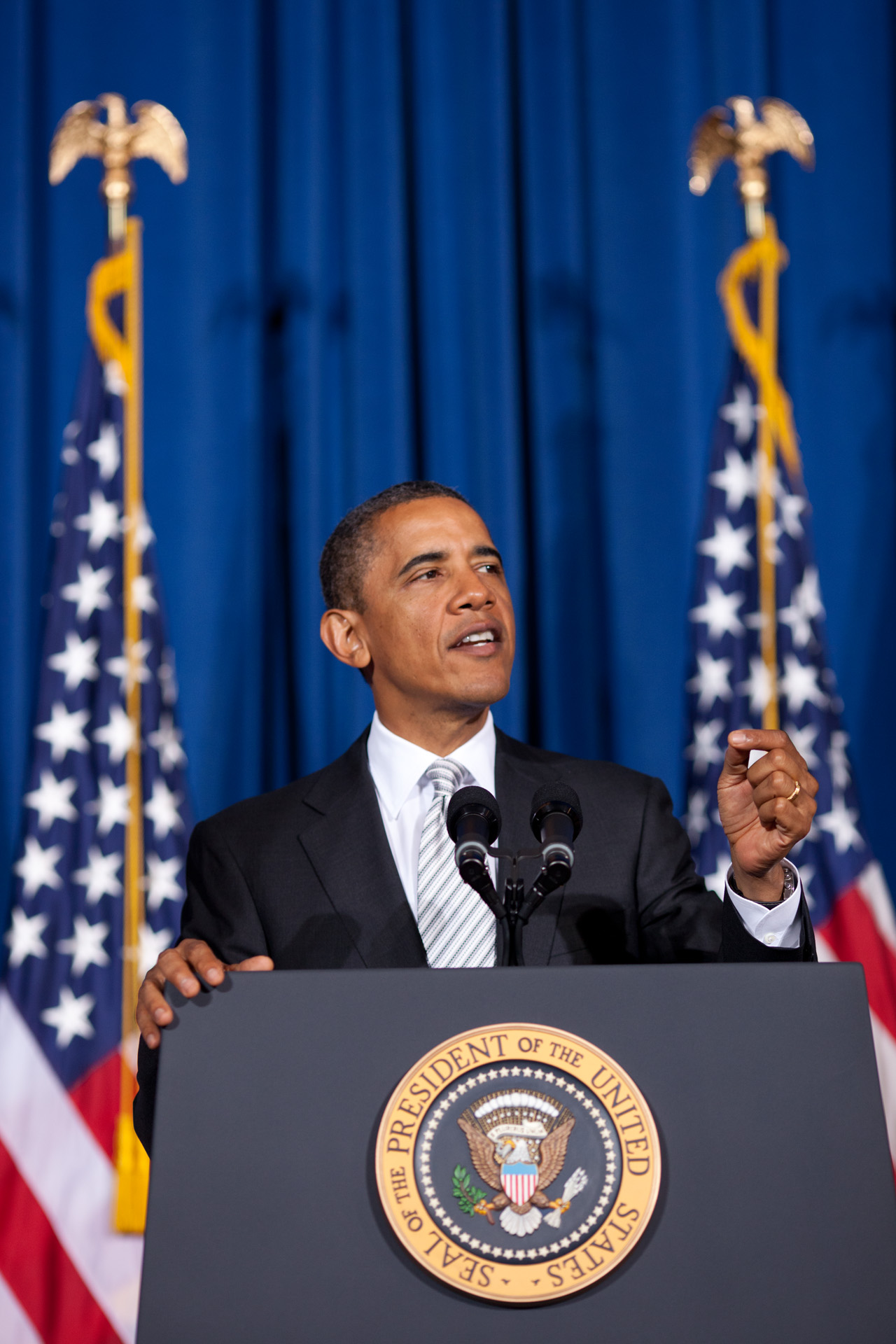