October 14, 2011 at 5:14 PM ET by Alice Kamps
Twitter Facebook Email
Summary:
The National Archives exhibit, "What's Cooking, Uncle Sam?", explores the many ways that government has affected the American diet over the years. 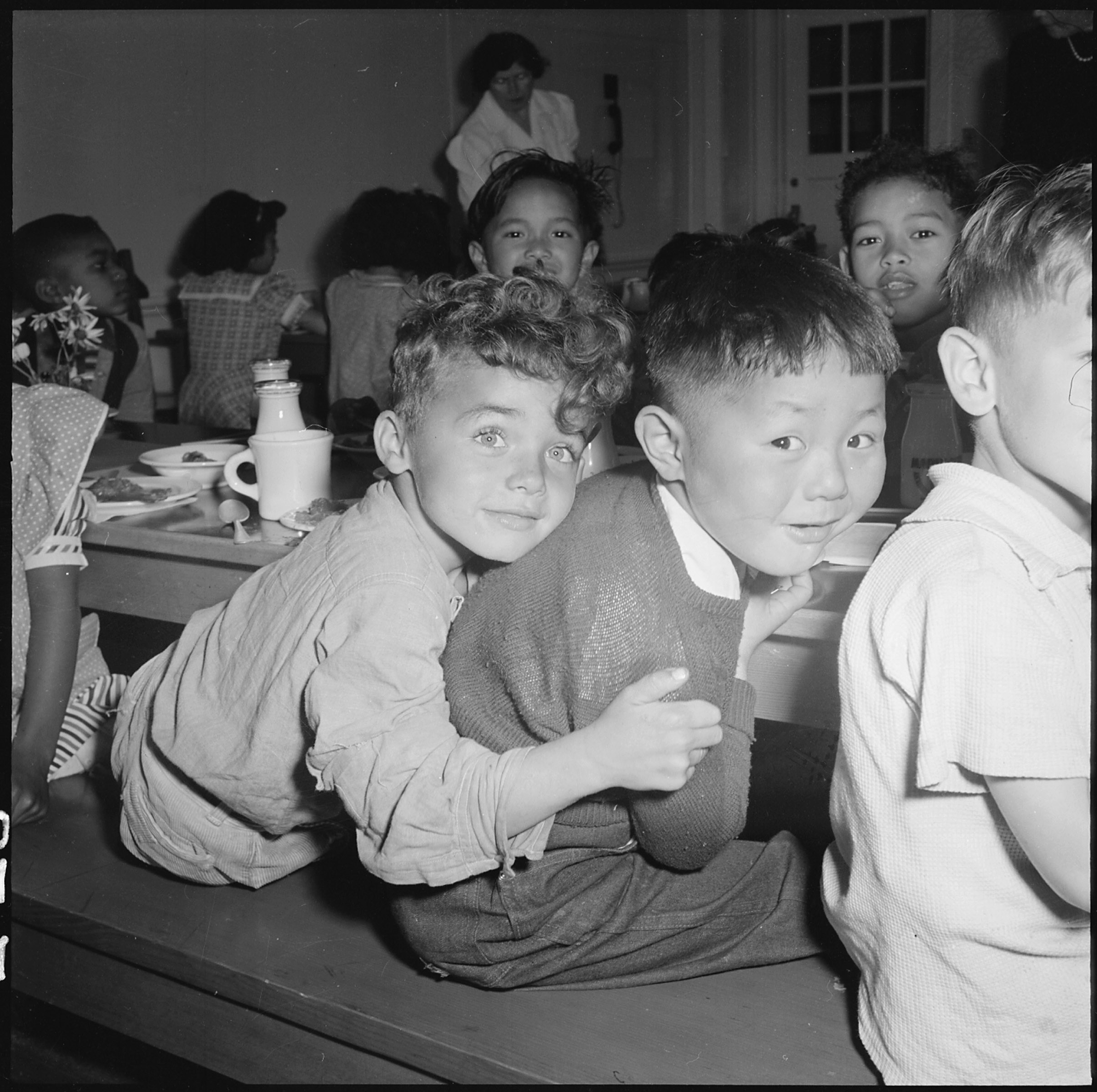 This morning my six-year-old son asked me if he could bring lunch tomorrow because it’s pizza day at school. He’s the first child I’ve ever met who doesn’t like pizza. I wonder how he might feel about some of the recipes for school lunch on display in the National Archives’ “What’s Cooking, Uncle Sam?” exhibit—like liver loaf and soy vegetable chowder.

These recipes were published by the Bureau of Home Economics in 1946, the year the National School Lunch Act was passed.Federal involvement in school lunch began as an effort to stabilize the price of farm commodities during the Great Depression. The U.S. Department of Agriculture purchased surplus foods and donated them to schools. When it became a national program, the intent was still to serve agriculture, but also to strengthen children through good nutrition, and thereby, strengthen the nation. The nutritional value of liver loaf and other recipes was carefully calculated. 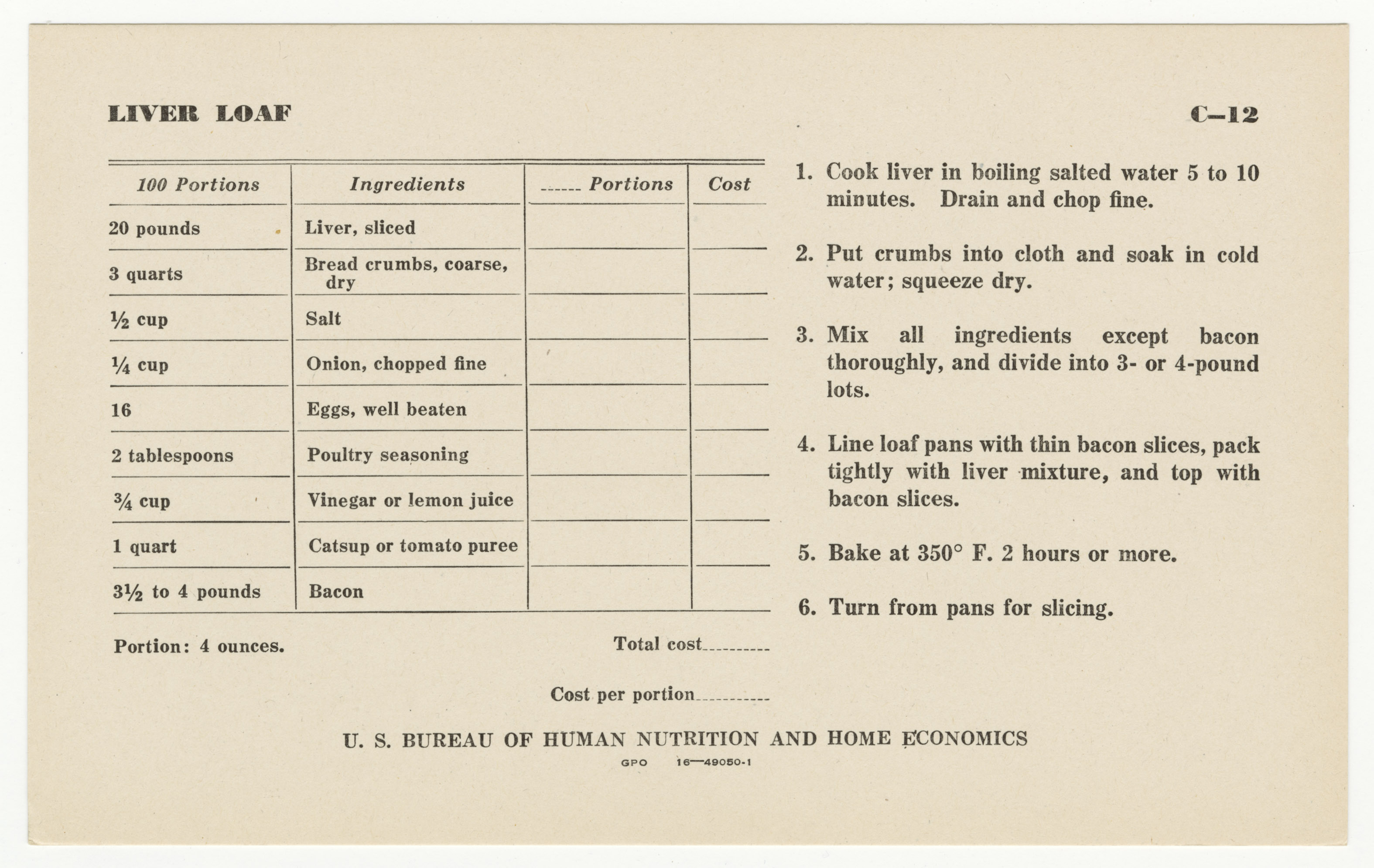 School Lunch Recipes for 100, 1946 (by National Archives, Records of the Agricultural Research Service)

“What’s Cooking, Uncle Sam?” explores the many ways that government has affected the American diet. It’s on display at the National Archives in Washington, DC, through January 3, 2012. But why does the National Archives—home of the Constitution, Declaration of Independence, and the Bill of Rights—have an exhibit on food?

The National Archives holds the records of the Federal Government. In addition to our historic building in Washington, DC, we have 13 Presidential libraries, Federal Record Centers, and regional branches. Our holdings include court cases, passenger lists from ships, Presidential papers, photos from Hurricane Katrina, and billions of other records that document the actions of Federal agencies.

So it’s not surprising that among our many documents, we have records on food as well. The Government has played an important role in ensuring the food we eat is safe, nutritious, economical, and plentiful.

There are over 100 original records in the exhibit, from a Revolutionary War broadside poster about military rations to the 1992 Food Guide Pyramid. In fact, you may be surprised to learn that many of the issues that concern us today about food—like the debates over chemical additives, the interest in locally grown crops and home gardening, and the concern over nutrition for schoolchildren—are concerns that have been explored by previous generations of American citizens.

If you’d like to learn more about the history of the National School Lunch Program and other ways the U.S. Government has affected the American diet, visit the exhibit at the National Archives in Washington DC, the What’s Cooking, Uncle Sam? Website,YouTube, flickr, or tumblr. 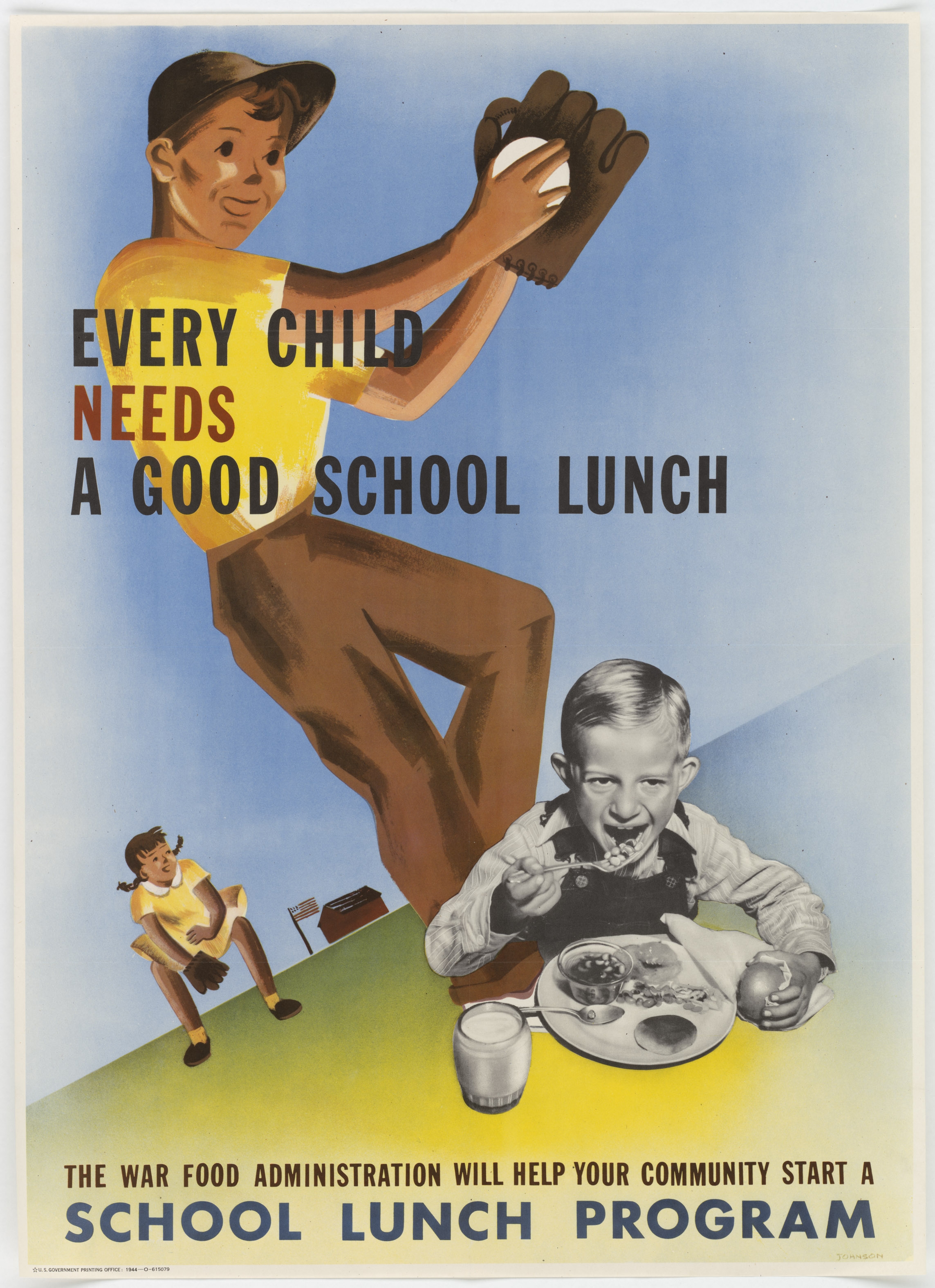