October 14, 2011 at 4:10 PM ET by Amy Dudley
Twitter Facebook Email
Summary:
In Flint, Michigan, the Vice President made clear how the Jobs Act would both create jobs and protect the nation's "most basic obligation" to keep our citizens safe 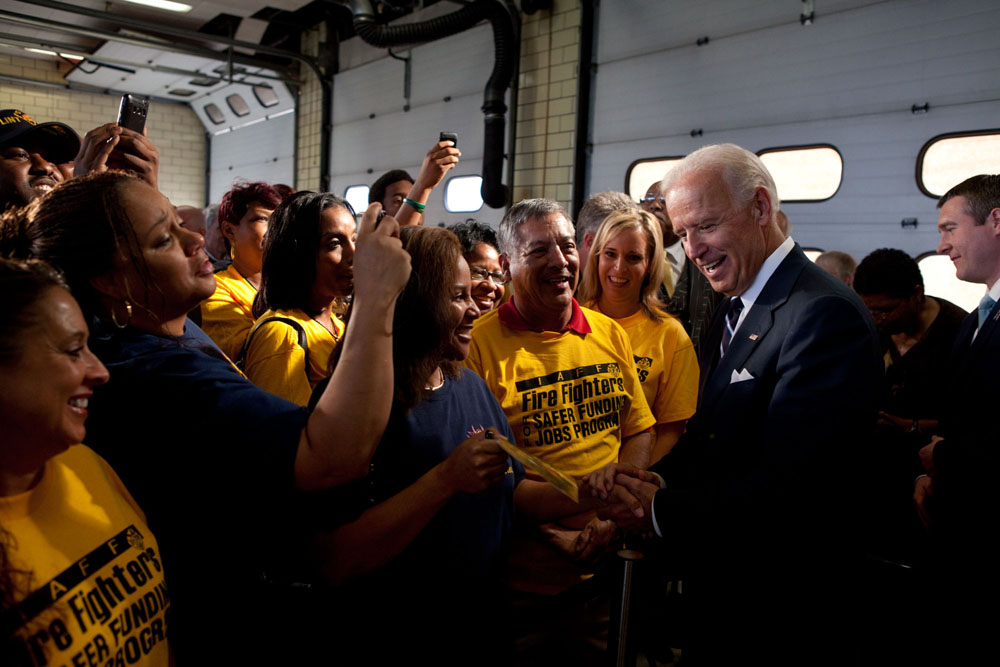 Vice President Biden traveled to two Michigan cities this week to highlight how the American Jobs Act would help put cops and firefighters back on the beat and help modernize schools.

In Flint, Michigan, the Vice President made clear how the Jobs Act would both create jobs and protect the nation's "most basic obligation" to keep our citizens safe by putting cops and firefighters back to work. Over the past 18 months, Flint has been has been forced to cut its police force in half due to budget cuts at the same time violent crime has increased in the city.

Nationally, in the past 18 months, 10,000 cops have been laid off around the country, while 30,000 police vacancies have gone unfilled. Thousands of firefighters were laid off between 2009 and 2010, and another 7,000 could face possible layoffs this year.

"It's hard enough to do your job in good economic times. It's a tough job in good times," the Vice President told a group of Flint cops and firefighters assembled inside the city's fire department on Wednesday. "But it's almost impossible to serve the total needs of the community in bad economic times when you get cut in half."

The American Jobs Act includes $5 billion to support public safety jobs across the country. It will also dramatically improve the way cops, firefighters and other first responders are able to communicate with each other during emergency situations by deploying a nationwide public safety broadband network.

"I don't buy people who say there is nothing we can do," said the Vice President. "This is a fight for the soul of this country. It's a fight for the middle class. ... It's about making sure America's fire departments, police departments continue to be a large part of the American fabric and be able to do their job. It's about reversing the cycle of crime and fire and unemployment, and starting a new cycle of jobs and prosperity. It's about keeping you safe so you can keep all of us safe. And it's about a President and I who are prepared to fight like crazy to do whatever we can to make sure that you have the resources to be able to protect us." 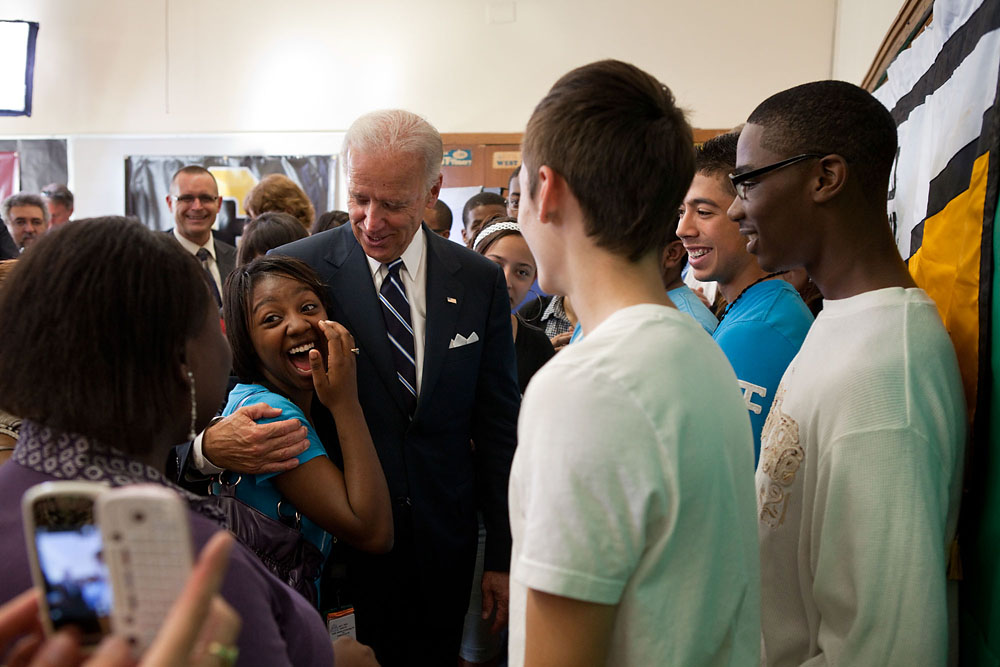 
Later on Wednesday Vice President Biden visited Central High School in Grand Rapids. Beyond the roof leaks, water damage, faulty heating system, and shoddy electricity in the 100 year-old building, outdated science and technology labs puts Central High School students at a great disadvantage. As the Vice President observed, teachers at Central are trying to prepare students for the future in a building built for the past. And it's not the only old school in Grand Rapids -- the average age of schools the district is targeting for renovation is 75 years-old.

"You know what you need to do to give these students the equipment they need," Vice President Biden told Mr. Larson, a chemistry teacher at Central High School, "But you don’t have the resources to do it."

With the average age of a school building in America being 40 years old, it’s no wonder there are tens of thousands of schools facing similar conditions around the country. Twenty-five billion dollars in the American Jobs Act would modernize 35,000 public schools nationwide. Speaking to a group of students in Mr. Larson’s chemistry classroom, the Vice President described how the Jobs Act would mean $926 million for school modernization in Michigan, supporting 12,000 construction jobs in the state.

"This is what we used to call in my generation – a twofer,” said Vice President Biden.