The King Memorial: A Symbol of the Best in America 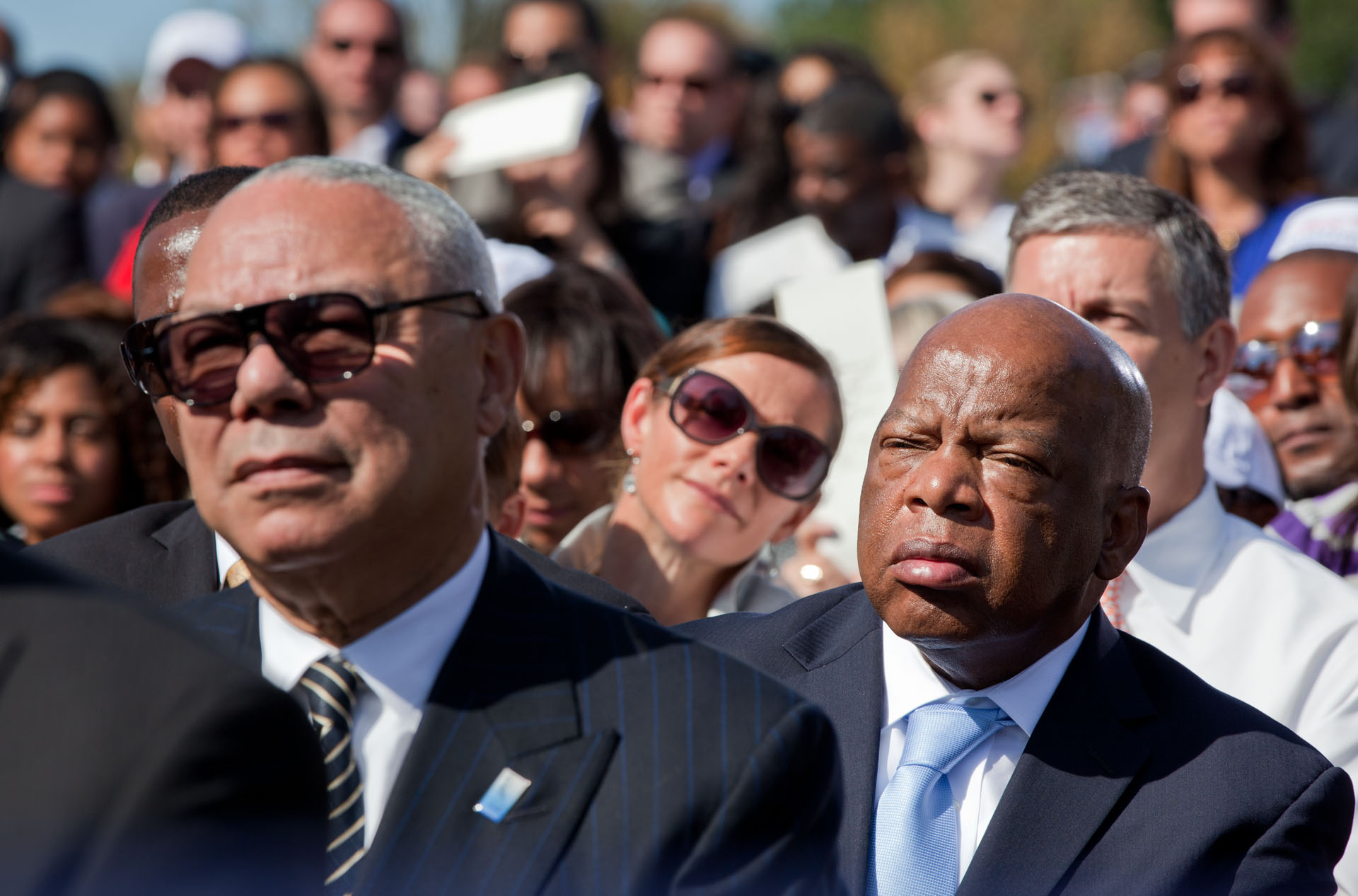 I was with five other great men, including Martin Luther King Jr., Roy Wilkins, James Farmer, and Whitney Young, known as the Big Six leaders of the movement.  There were many women who were instrumental to our plans to march and many heroines of the movement, including Coretta Scott King, Fannie Lou Hamer, Dorothy Height, Ella Baker and Diane Nash.  However, as was customary in those times, none of them were in the room that day.  We told President Kennedy the people could not wait any longer.  We were planning to call on thousands to march on Washington.

President Kennedy was visibly concerned.  He was sitting in the Oval Office in his rocking chair, and he began to rock a little more briskly.  He was concerned about violence.  He wanted to cool down rising tensions, but A. Philip Randolph, the founder of the Brotherhood of Pullman Car Porters, the dean of our movement, and the visionary behind the march assured him this would be a lawful, peaceful, non-violent march.  I will never forget.  Randolph told him, we could not wait any longer.  “Mr. President, he said, “if we cool down any more we will be in a deep freeze.”

After the largest march Washington had ever seen, the President stood in the door of his office relaxed and beaming.  He shook each hand and said, “You did a good job.  You did a good job.”  But when he got to Martin Luther King Jr. he said, “And you had a dream.”

King’s aspirations for this nation were “deeply rooted in the American dream.”  And it is because of his unwavering commitment to the cause of justice, the principles of peace and non-violent activism, because of his insistence on the equal dignity of all humanity that he has found his place on the National Mall.  Martin Luther King Jr. represents the very best in America.  It was his moral voice that helped this nation turn the corner and lay down the burden of a grave injustice.

We have come a great distance as a nation and as a people, but we still have a great distance to go before we create what Dr. King called the Beloved Community.  I define it as a society based on simple justice that values the dignity and the worth of every human being.  The struggle to build this kind of community does not last for one day, one week, or one year, it is the struggle of a lifetime.  Each of us must continue to do our part to help make this vision a reality.

President Obama is doing all he can to help build this sense of community.  In the bluster of media hype and political rhetoric, the substantive work President Obama has done to turn our economy around, to assist everyday Americans during this time of financial crisis, and to put people back to work has not gotten enough attention.  In his humility this President has not trumpeted his success.   He has kept his eyes focused on the challenges at hand, trying to use his power to do what he believes is in the best interest of the American people.

Perhaps you remember his demand that we expand and extend unemployment insurance to people who had been laid off.  Maybe you heard about his loan modification programs which have offered relief to more than $2 million Americans who would have lost their homes.  He added $7.6 billion to the Hardest Hit Fund to help homeowners in the most dire straits, and $7 billion for a program to stabilize neighborhoods blighted by the foreclosure crisis.  These resources have been invaluable to my district in Atlanta, one of the hardest hit in the country.  Recently, the White House released a report, called Creating Pathways to Opportunity, that highlights the many initiatives this president has fought hard to execute which strengthen the economy while protecting the most vulnerable Americans.

With the help of a Democratic Congress, college students now have access to affordable healthcare until they are 26.  The President doubled their Pell Grant funding and has enacted 17 tax cuts to free small businesses to be the engine of growth they had always been. President Obama is trying to do his part to help build a Beloved Community.  We have a great President in our midst who is trying to do the kind of good that will last.  And if each of us will do our part to respect human dignity, to speak up and speak out non-violently for the cause of justice then we can all help build the Beloved Community, a nation and a world society at peace with itself.

Congressman John Lewis is the U.S. Representative for Georgia's 5th congressional district and recipient of the 2010 Presidential Medal of Freedom.