The first stop on the American Jobs Act Bus Tour was Asheville, North Carolina, a city of 76,000 located in the Blue Ridge Mountains.

Air Force One landed at Asheville Regional Airport, where President Obama was greeted by Senator Kay Hagan and Asheville Mayor Terry Bellamy. He spoke just before 11:00.

The American Jobs Act includes a proposal to provide $2 billion to improve safety, add capacity and modernize infrastructure at airports across the country .

Asheville Regional Airport could be eligible for $60 million of those funds. And as the President said, there's plenty of work to go around:

In this airport right here in Asheville, you've got a runway that needs to be widened and repaired. You've got a taxiway that's in the wrong spot –- which means that planes sometimes get too close together. So we could be doing some work right here at the Asheville Airport that would help boost tourism, help to boost the economy here, put people to work right now.

But it's not just here in Asheville. All across the state, you've got highways that need to be built. You've got bridges that need to be fixed. You've got schools that need to be modernized. And that's what America used to do best. We used to build things -- built the Transcontinental Railroad; built the Golden Gate Bridge; the Hoover Dam; the Grand Central Station. There's no reason why we should sit here and watch the best highways and the newest airports being built in China. We should be building them right here in the United States of America. Right here in North Carolina.

This afternoon, the President will stop for a BBQ lunch and later visit West Wilkes High School in Miller's Creek, North Carolina. 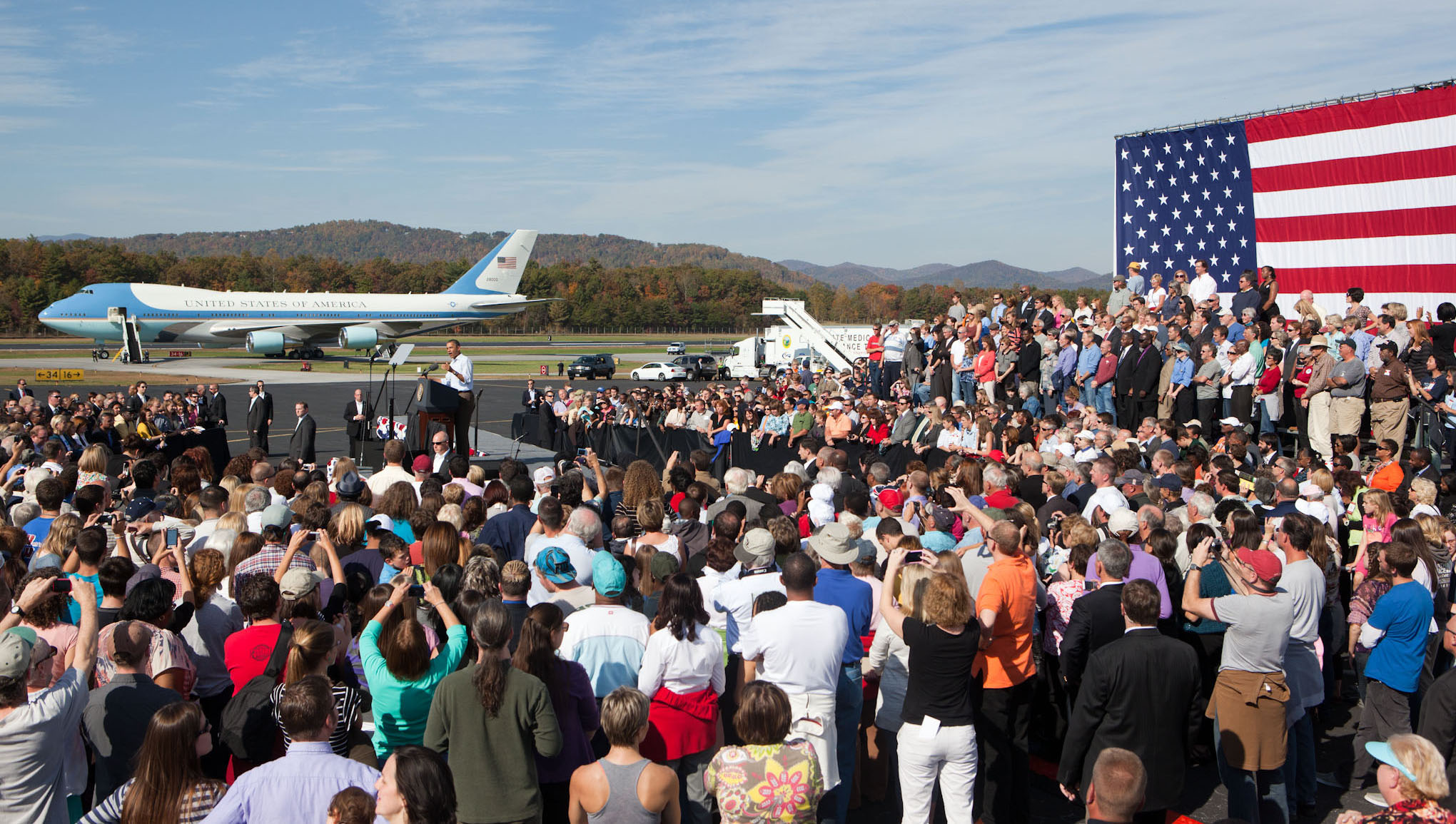