October 17, 2011 at 7:04 PM ET by Matt Compton
Twitter Facebook Email
Summary:
President Obama spoke about the need to ensure that our nation's schools don't face further cuts and that teachers who are currently looking for work find their way back to the classroom 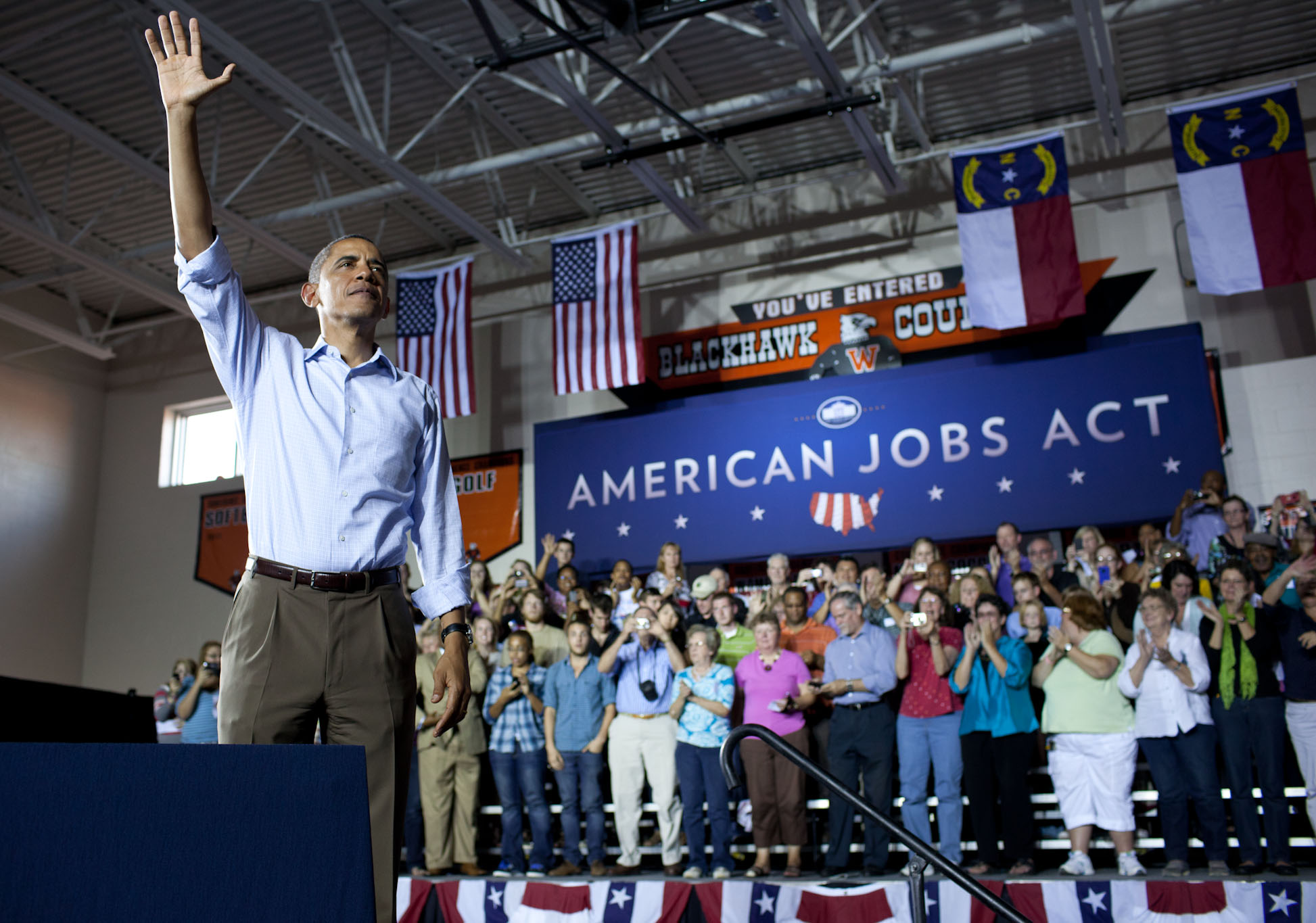 West Wilkes High School is in Millers Creek, North Carolina -- a small town located about 60 miles west of Winston-Salem. On Sunday, more than 1,000 residents lined up for tickets, which were distributed by local volunteers.

Wilkes County is home to around 70,000 North Carolinians and is the birthplace of NASCAR. North Wilkesboro Speedway was home to the first ever NASCAR-certified race on October 16, 1949.

President Obama arrived at the school gymnasium just after 5:00 ET. He was introduced by Dr. Stephen Laws -- the superintendent of Wilkes County Schools -- who thanked the President for the Recovery Act, which he said "saved this country." While the school system is currently operating with more than 100 fewer teachers and administrators than were employed before the recession, Dr. Laws said, not a single teacher has been laid off because of the crisis. 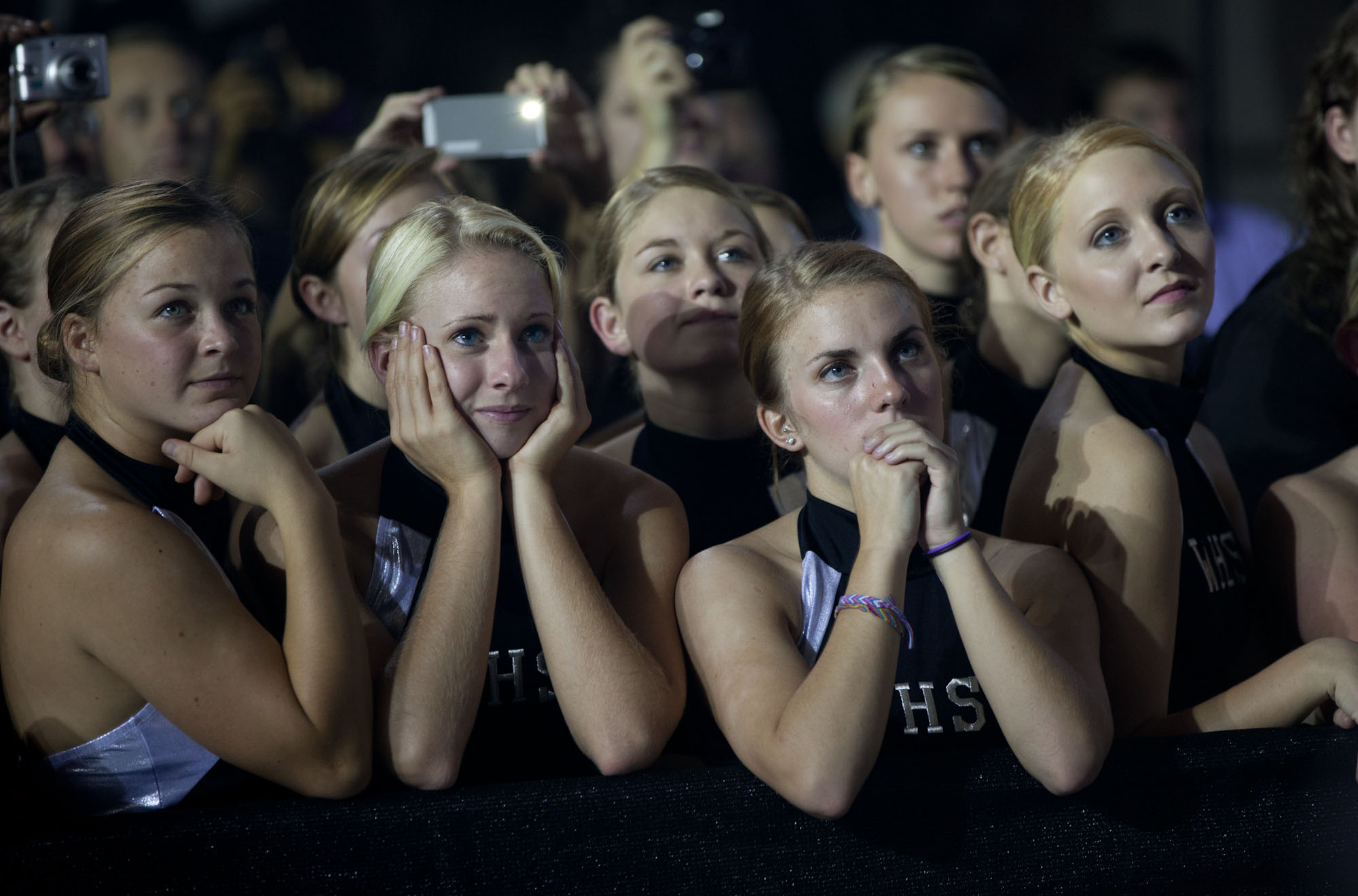 As audience members cheered, President Obama spoke about the need to ensure that our nation's schools don't face further cuts and that teachers who are currently looking for work find their way back to the classroom:

All over the country and right here in North Carolina folks are losing their jobs. Nearly 2,000 classroom positions have been eliminated this school year. And here at West Wilkes High I know some teachers weren’t rehired. You’ve had to increase class sizes and there’s almost no money for things like textbooks. This makes no sense. I can tell you the last thing a superintendent wants to do is to lose good teachers. Your governor has been fighting against education cuts as well. It’s unfair to our kids. It undermines our future.

How are we going to compete when countries like Korea and Germany who are hiring teachers and preparing their kids for the global economy, and we’re laying off teachers left and right? One North Carolina teacher said, “We didn't cause the poor economy; if anything, we built the good part.” And he’s absolutely right. Our teachers built the good parts of this economy. They give our kids a chance to compete. They give our kids a future. That’s why we’ve got to look out for them. And this jobs bill does it.

Back in Washington, Senator Harry Reid announced today that the Senate will soon consider the first piece of the American Jobs Act, a $35 billion aid package designed to do just what the President was talking about in Miller's Creek -- help keep teachers, police officers, and firefighters on the job.

The Senate is supposed to be in recess next week, but Sen. Reid has said that lawmakers will stay in session if it means getting a vote on a piece of the President’s jobs plan.

In North Carolina, President Obama told those gathered to hear him speak that all of them needed to make their voices heard:

Some of these folks are just not getting the message, so I’ve got to make sure your voices are heard. I need you to give Congress a piece of your mind. Tell these members of Congress that they don’t work for special interest, they don’t work for lobbyists -- they work for you. And if they’re not delivering, you need to let them know. And I don’t know whether you’re going to get on the phone, or you’re going to tweet them or write them a letter, or pay them a visit, but tell them to do the right thing. Tell them what’s at stake here.

After leaving the school, the President continued east, spending the night in Greensboro, North Carolina.