October 18, 2011 at 12:23 PM ET by Matt Compton
Twitter Facebook Email
Summary:
This morning, President Obama spoke at a roundtable with educators and addressed a crowd of teachers and students 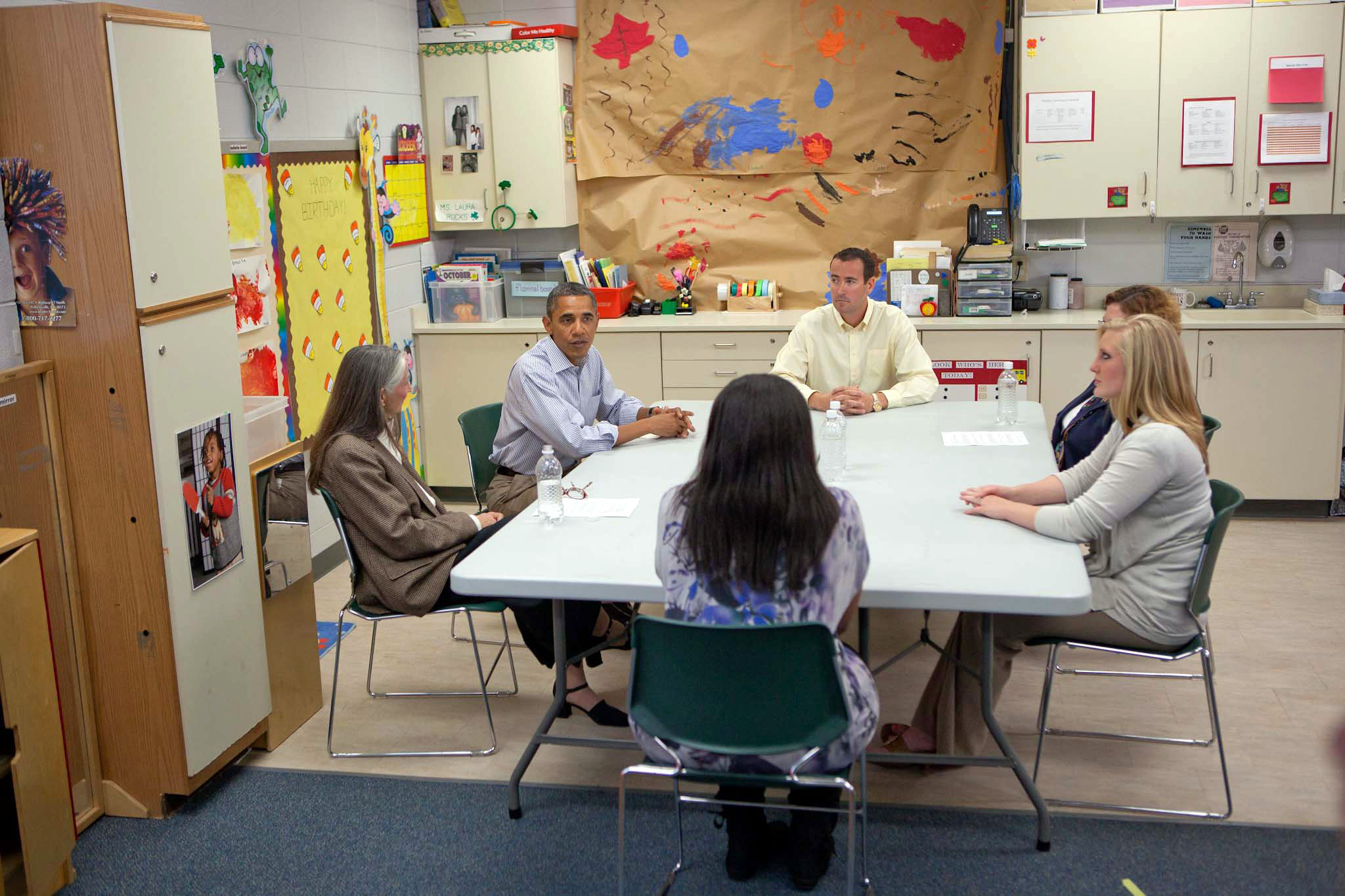 Jamestown, North Carolina is a small community of about 3,000 situated between Greensboro and High Point. It's home to Guilford Technical Community College, where President Obama this morning spoke at a roundtable with educators and addressed a crowd of teachers and students.

As the President sat down for his discussion with the group of teachers and soon-to-be teachers, he talked about how cuts to education at the state and local level have become an alarming trend:

[One] of the concerns that I've had over the course of the last several months -- in fact, the last couple of years -- are the layoffs that we've seen in education and the cutbacks we've seen in education all across the country. States and local governments are under a big crunch. And at precisely the time when we need to be emphasizing education and putting our resources into education, we're seeing cutbacks all across the board. Teachers are losing their jobs. Schools are having to cut back on vital programs that are helping young people.

And the American Jobs Act, the bill that I put before Congress, would help to curb some of those trends.

Now, Congress will have an opportunity to take steps to alleviate the crisis.

Monday in the Senate, Democrats introduced the Teachers and First Responders Act -- a $35 billion program designed to preserve jobs for educators, police officers, and fire fighters. Their proposal is the first part of the American Jobs Act, and Senator Harry Reid, the Majority Leader, pledged to bring it to a vote, perhaps before the end of this week.

But as the President told folks in Jamestown, that's just the first step. The American Jobs Act is about getting people all over the country back on the job: