October 18, 2011 at 8:10 PM ET by Colleen Curtis
Twitter Facebook Email
Summary:
Speaking to a crowd at a Virginia high school, President Obama says he is open to any serious idea that is presented to create jobs

This afternoon, the American Jobs Act Bus Tour made its way into Virginia.

Just after 3:00, President Obama arrived at Bluestone High School in Skipwith, where he received a tour of a computer lab and met Skrappy -- the robot built by students in the Bluestone Robotics Program.

After handing the President a pair of safety glasses, the high school students demonstrated Scrappy's capabilities.

From there, the President was off  to Emporia, where he visited Greensville County High School.

Over the past three years, the high school has cut six teaching positions due to budget cuts. In the year ahead, school officials might need to layoff more teachers if they can't secure additional funding.

Under the American Jobs Act, Greensville County Public Schools -- including the high school -- would be eligible for $1.6 million in federal money for retaining educators.


In Emporia, before an enthusiastic crowd, the President pressed Congress to work with him to put Americans back to work:

I want desperately to work with Republicans on ways to create jobs right now.  hink about it. Nobody is more interested -- other than the folks who are actually out of work -- than me in seeing this economy growing strong. I’m open to any serious idea that is presented to create jobs.

Just last week, Congress passed a bipartisan trade deal with Korea that will allow us to sell more American goods overseas, create more jobs here. My attitude is we're buying a whole lot of Hyundais and Kias; I want to see some Koreans buying some Fords and Chryslers and Chevys. I want them to buy some fine Virginia peanuts. I know they use peanuts over there, but I'll bet they're not as good as Virginia peanuts.

So that’s the kind of progress on our economy that we can keep on making, but to do so we've got to stop playing politics all the time.  We can’t just try to satisfy one wing of one party.  We’ve got to pull together, focus on creating jobs and helping the middle class right now, and helping people get into the middle class. 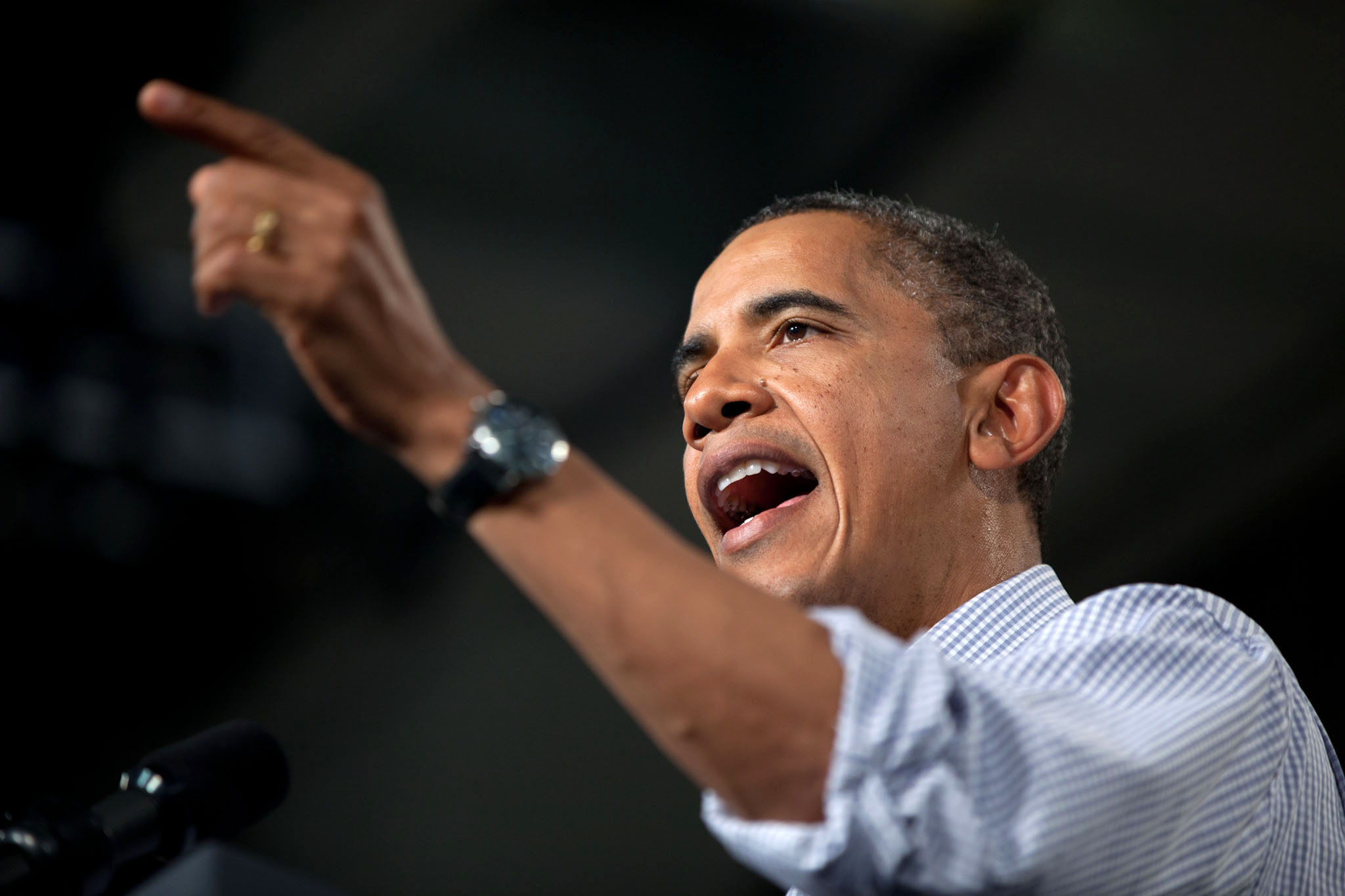