Joining Forces with Major League Baseball at Game One

Tomorrow, First Lady Michelle Obama and Dr. Jill Biden are heading to St. Louis, Missouri for Game One of the World Series. But they aren’t going just to watch a ballgame... 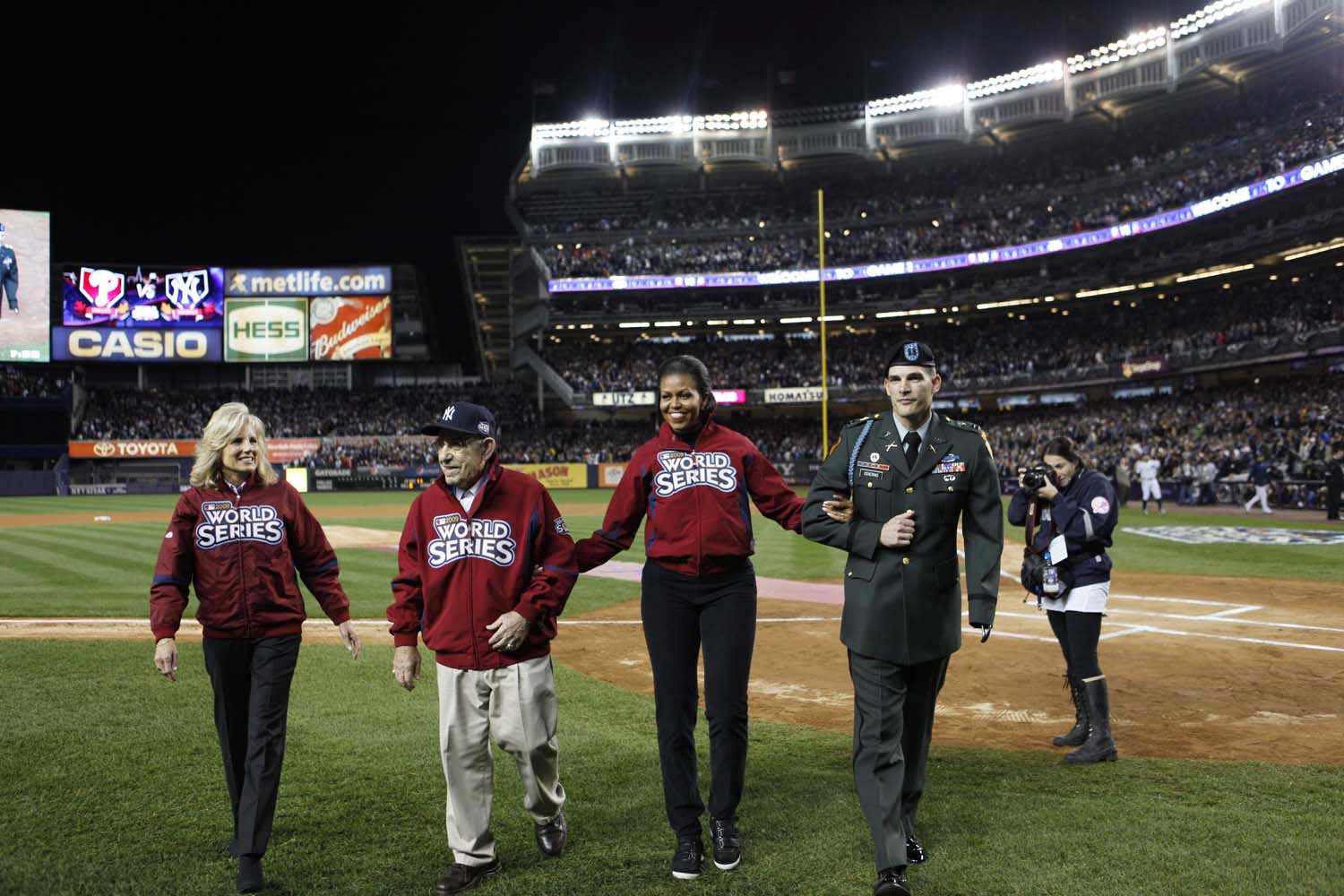 First Lady Michelle Obama and Dr. Jill Biden take to the field at Yankee Stadium for game one of the World Series in Bronx, N.Y., Oct. 28, 2009. (Official White House Photo by Samantha Appleton)

Major League Baseball will dedicate its biggest stage to our service men and women and their families. In concert with Major League Baseball, Mrs. Obama and Dr. Biden will be encouraging Americans to recognize and serve veterans, service members and their families as part of their Joining Forces initiative and MLB’s Welcome Back Veterans program. They'll also join representatives from MLB and the St. Louis Cardinals, including Hall of Famer and Army veteran Red Schoendienst, at the St. Louis VA Medical Center for a military family appreciation event.

Before the game, Mrs. Obama and Dr. Biden will answer your questions on the Joining Forces initiative and about things you can do in your community to support veterans, active service member and their families.  You can submit a question for the First Lady and Dr. Biden now on facebook or on Twitter using the hashtag #AskMichelle.

Also, stay tuned during the game for the debut of a new Joining Forces and MLB Public Service Announcement featuring the First Lady along with New York Yankees first baseman Mark Teixeira and Tampa Bay Rays outfielder Johnny Damon, both who come from military families.  The PSA will be shown in the ballpark, on MLB.com and the MLB Network.  If you miss it, visit JoiningForces.gov after the game to watch.