October 19, 2011 at 2:59 PM ET by Brad Cooper
Twitter Facebook Email
Summary:
The American Logistics Association and their 270 affiliate companies are coming together to hire 25,000 veterans and spouses by the end of 2013

Outside the 94th Operations Hangar at Joint Base Langley-Eustis, First Lady Michelle Obama announced a major private sector commitment to veteran and military spouse employment. The commitment comes from the American Logistics Association (ALA) and their 270 affiliate companies coming together to hire 25,000 veterans and spouses by the end of 2013. 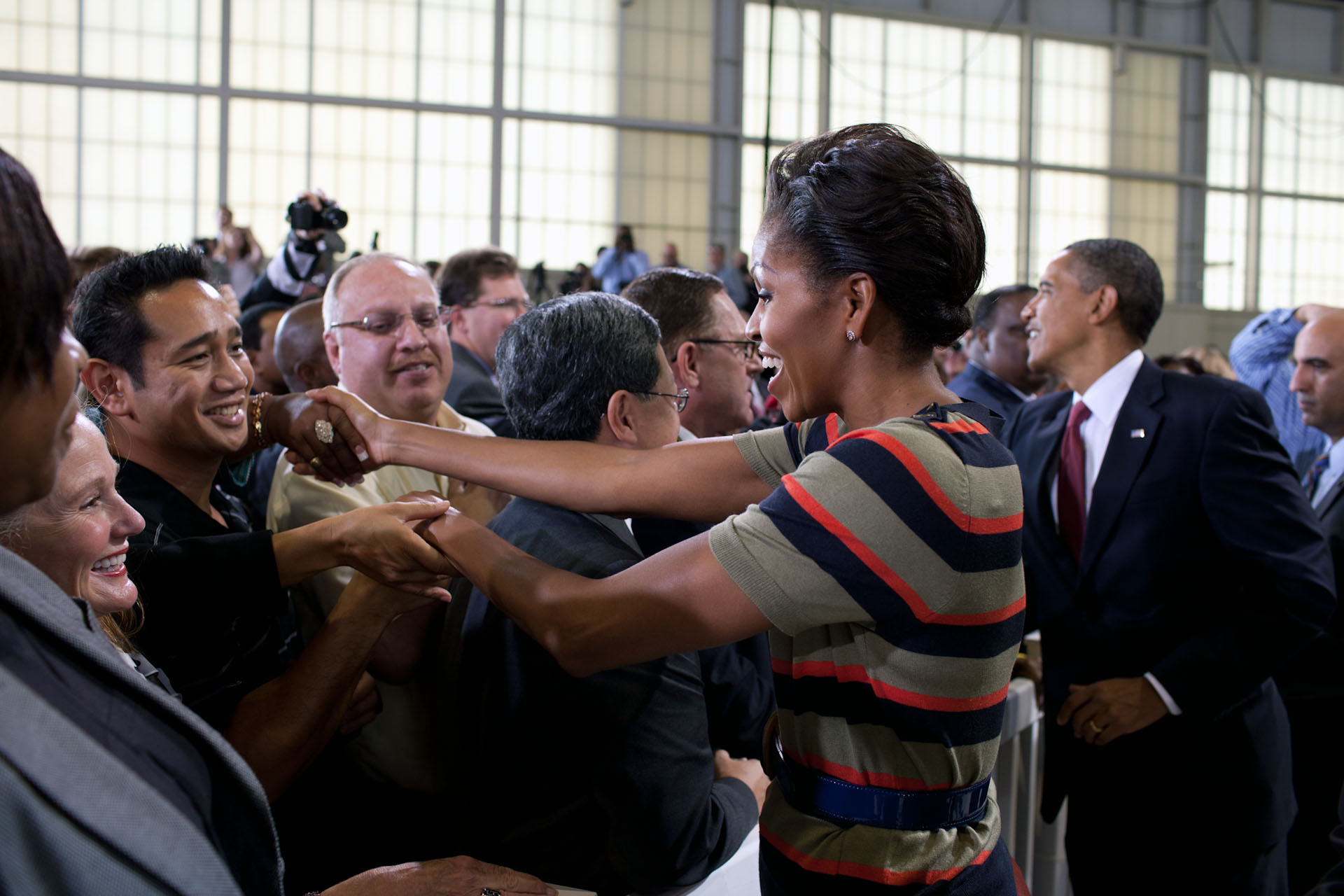 On August 5 during a Veterans Jobs Initiatives speech at the Washington Navy Yard, President Obama challenged the private sector to hire 100,000 veterans or spouses by the end of 2013. President Obama asked the First Lady and Dr. Biden to lead this effort as part of their Joining Forces initiative.

To date, more than twenty-five individual companies have stepped up and committed to veteran hiring or training targets and ninety-six companies formed a public private partnership with the Department of Defense to hire military spouses. This collective effort has resulted in more than 12,000 veterans and spouses hired.

As a country, we recognize that veterans have completed complex missions, all with high stakes on the line and enough variables to make most people’s head spin. Our veterans are trained in state of the art technologies, they’ve managed dozens, even hundreds, of people, and their leadership skills directly translate into value-added to any business.

We also know that military spouses bring skills from all walks of life. Our military spouses are managers, accountants, doctors, nurses and lawyers; they are strong and resilient parents who are at home in a pace and lifestyle that would be unthinkable to many in this country.  So, when businesses ask what they can do, our answer is simple: hire a veteran or military spouse; or hire 3, or 30, or 300 or 3,000 – whatever the capacity of your company would allow.

The Joining Forces team is working every day to energize the nation’s support for its military families and we are asking folks to step-up and do what they do best. This new commitment makes it clear that business owners recognize the value in our nation’s veterans and military spouses and are looking to add their exceptional talent to their ranks.