October 20, 2011 at 10:40 AM ET by Greg Nelson
Twitter Facebook Email
Summary:
Richard Lunak, President & CEO of Innovation Works, hosts a Pittsburgh, PA roundtable discussion with senior Obama administration officials and members of the President’s Council on Jobs and Competitiveness. Approximately 60 entrepreneurs, investors and university stakeholders were in attendance to discuss ways to improve the success of high growth companies.
On October 11, 2011, the President's Coucil on Jobs and Competitiveness traveled to Pittsburgh, Pennsylvania to participate in a roundtable discussion with members of the city's entrepreneurial community. 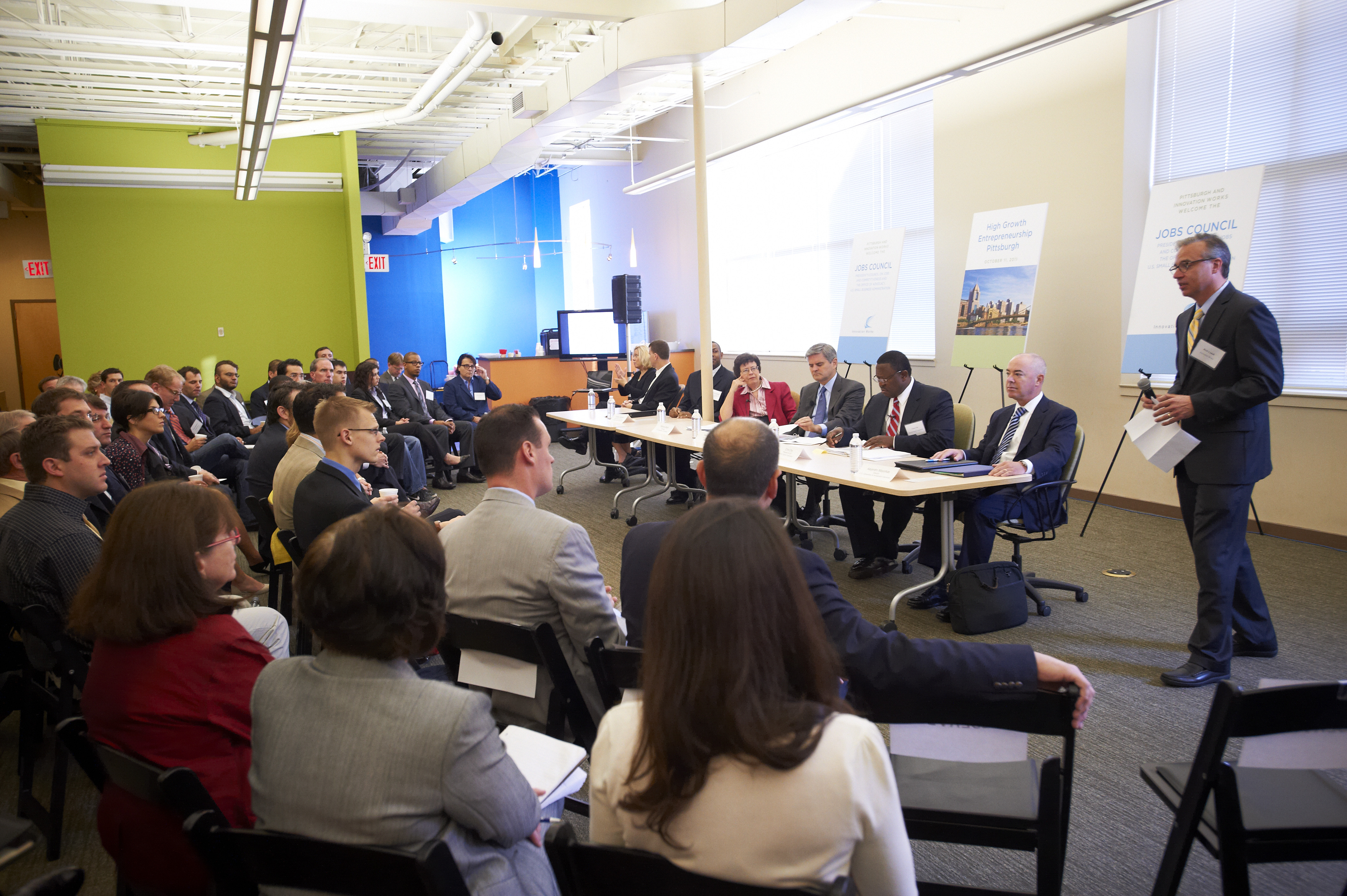 Richard Lunak, President & CEO of Innovation Works, reflects on the discussion focused on ways to improve the success of high growth companies:

Innovation Works, the Ben Franklin Technology Partner of Southwestern PA, was pleased to have hosted a roundtable discussion with senior Obama administration officials and members of the President’s Council on Jobs and Competitiveness on October 11th.  The roundtable discussion in Pittsburgh focused on ways to improve the success of high growth companies which contribute a large percentage of the net new jobs created annually in the United States.  The creation and development of innovative, high growth companies is critically important to the long-term success of the U.S. economy.  The last century has shown that innovation-driven breakthroughs from companies like Google, Intel and Apple fundamentally change society and become significant engines for our economy.  And, the growth of Pittsburgh’s innovation economy is one of the key reasons that our city has been able to revitalize and grow over the past two decades.

The Pittsburgh entrepreneurial community was well-represented at the roundtable – with approximately 60 entrepreneurs, investors and university stakeholders in attendance.  A thoughtful interchange related to issues important to our region’s entrepreneurs was led by Acting Commerce Secretary Rebecca Blank; Director of U.S. Citizenship and Immigration, Alejandro Mayorkas; Chief Counsel for Advocacy of the SBA, Dr. Winslow Sargeant; and Steve Case and Chris Che of the Jobs Council.   It was obvious during our session that the panel was well-versed on the issues and had a real desire to create an environment where high-growth companies could thrive.  We discussed issues such as access to capital, immigration reform, patent reform, FDA regulations and the availability of skilled workers.  The recommendations from the National Advisory Council on Innovation and Entrepreneurship, Startup America Reducing Barriers report and even a blog post on Pittsburgh Innovation from earlier this year consistently echo most of these issues and even provide policy recommendations to address them.  The nation’s entrepreneurial community is speaking with a common and consistent voice.

While sessions like these shine a light on the important role entrepreneurs play in our future success, it’s important that they spur action from our policymakers and elected officials to help create an improved environment for all startups.  If the U.S. economy is to fully harness the potential of our nation’s entrepreneurs and innovative ideas to compete in the 21st century, we will need to be as tenacious and driven in the halls of government as in the garages and laboratories of our entrepreneurs.

Greg Nelson is the Deputy Director of the White House Office of Public Engagement.