For Sale: Cutting Waste By Getting Rid of Excess Real Estate

October 20, 2011 at 9:51 AM ET by Jeff Zients
Twitter Facebook Email
Summary:
The Chief Performance Officer of the U.S. has an update on the Administration's progress in getting unneeded federal properties off the government's books 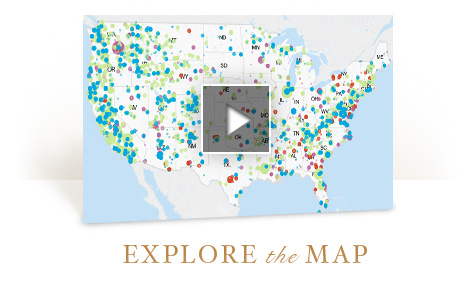 Over the years the federal government accumulated tens of thousands of properties that are no longer needed, wasting hundreds of millions of taxpayer dollars annually on upkeep. Last June, President Obama directed Federal agencies to end this waste and improve the management of the government’s real estate by getting unneeded properties off our books – setting an initial goal of netting $3 billion in savings by the end of 2012. Since then, agencies across the government have been hard at work scrutinizing their real estate holdings and identifying properties that have outlived their utility.

Today, I’m pleased to report that these efforts are paying off. Agencies have already identified real estate savings opportunities that exceed the President’s goal, and that put the federal government on pace to shed $3.5 billion in real estate costs by the end of 2012. To help track the Administration’s progress with these efforts – and to give the American people an unprecedented window into the government’s management of federal real estate – today we’re launching two new online tools.

The first is an updated White House Excess Property map that uses new data to pinpoint the location and status of federal properties that agencies have targeted for closure or consolidation. Ranging from small sheds in rural locations to sprawling warehouses and office complexes in urban and suburban areas, the map shows some 12,000 properties scattered all across the country. We’re also rolling out a new dashboard on Performance.gov that allows the American people to track the Administration’s progress in meeting the President’s $3 billion goal. The dashboard now shows that agencies plan to surpass the President’s goal by the end of 2012 and have already achieved $1.5 billion in savings through a combination of sales, consolidations, canceled projects, and reduced maintenance and utility costs. And in the coming years, we’ll continue to target more and more unneeded properties that squander billions of dollars and make the government less efficient.

One such property is the U.S. General Service Administration’s (GSA) West Heating Plant, a two-acre property in the Georgetown section of Washington, DC. It’s been 10 years since this facility last played a role in the boiler and pipe network that heats many of the capital’s government buildings. In the decade since it was last in use it has racked up $3.5 million in maintenance costs. The plant was retained as a back-up for emergencies, but GSA has determined the facility is no longer needed and ready for closure so we are labeling it “excess” today. Getting this property off the books is a win-win for the American people. It will eliminate maintenance costs, ensure that this property will be put to a more productive use, and could earn the government tens of millions in revenue from potential sales proceeds. This is exactly the type of waste and inefficiency the President and Vice President pledged to root out when they launched the Campaign to Cut Waste.

Closing these types of facilities represents important progress, but more work needs to be done in the long-term to get excess properties off our books. For too long, the sale of excess federal real estate has been slowed by a process fraught with delays and hurdles.

That’s why in his budget last year, the President put forward a proposal called the Civilian Property Realignment Act – legislation that would cut through red tape and politics to accelerate the disposal of unnecessary government properties well beyond 2012. We look forward to continuing to work with Congress to ensure passage of this legislation to end wasteful Federal spending on properties that we simply do not need and return billions of dollars to American taxpayers.

Stopping the waste of taxpayer dollars is a priority for this Administration. Particularly in these tough budgetary times, we have a responsibility to deliver the American people an efficient, effective government that makes smart use of its resources. By aggressively targeting unneeded federal real estate, that’s exactly what we are doing.