October 21, 2011 at 7:09 PM ET by Ignacia S. Moreno and Hilary C. Tompkins
Twitter Facebook Email
Summary:
An historic settlement with the Osage Tribe of Oklahoma, facilitated by legal teams at the Department of Justice and the Department of the Interior. 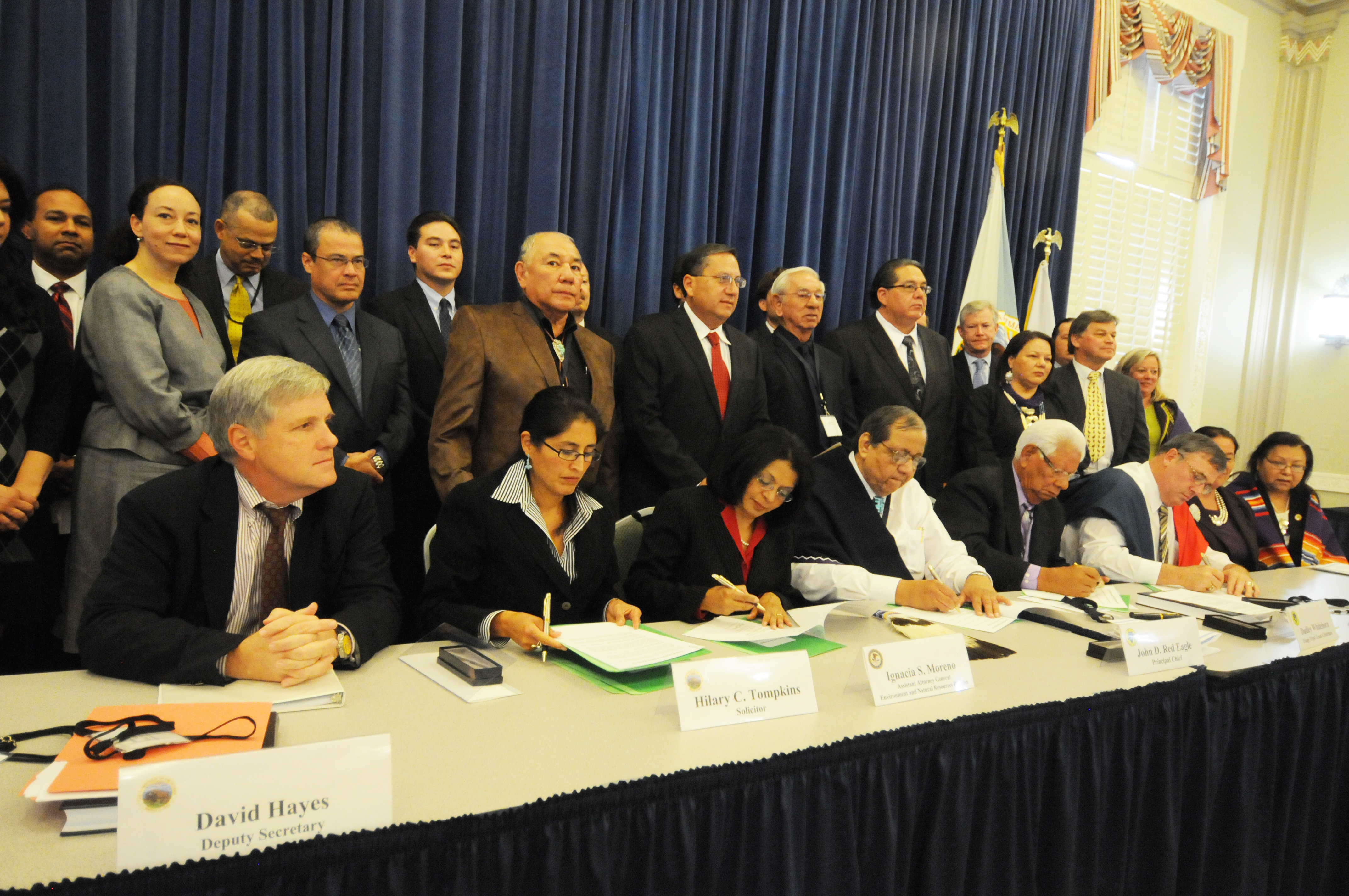 Today, we joined Osage Tribe Principal Chief John Red Eagle, other tribal leaders, and our colleagues at the Treasury Department, in a ceremony to commemorate an historic settlement marking the end of a long-running lawsuit by the Osage Tribe of Oklahoma regarding claims involving the United States’ accounting and management of the tribe’s trust funds and non-monetary trust assets.

Reaching a final settlement with the Osage Tribe on its trust accounting and trust mismanagement claims has been a priority for the Department of Justice and the Department of the Interior. Attorney General Holder and Secretary Salazar have been committed to resolving pending tribal trust accounting and trust mismanagement cases, in a fair and equitable manner and without protracted litigation, so that the United States and the tribes can jointly undertake reconciliation and empowerment for American Indian nations.

The settlement between the Osage Tribe and the United States is the product of months of dedicated efforts by the parties to achieve a fair and just resolution of the tribe’s trust claims. The settlement is fundamental to the government-to-government relationship between the United States and the tribe. The agreement marks a new beginning – one of just reconciliation, better communication between the Interior Department and the tribe, and strengthened management by Interior of tribal trust funds and trust resources.

The negotiated agreement, which was executed on Oct. 14, 2011, will end litigation regarding Interior’s accounting and management of the tribe’s trust accounts, trust lands, and other natural resources, including the tribe’s mineral estate. The United States will pay the tribe $380 million in compensation for the tribe’s claims of historical losses to its trust funds and interest income as a result of the government’s management of trust assets. The parties will implement measures that will lead to strengthened management of the tribe’s trust assets and improved communications between Interior and the tribe. These measures include procedures for delivery of periodic statements of account, annual audit information, and information relating to the management of the mineral estate to the tribe. Importantly, the agreement also provides dispute resolution provisions to reduce the likelihood of future litigation.

The United States looks forward to its continuing work with the Osage Tribe in a spirit of true partnership and mutual respect to build a stronger trust relationship.