October 25, 2011 at 7:25 PM ET by Colleen Curtis
Twitter Facebook Email
Summary:
She challenged attendees at the Mayor’s Summit on Food Deserts to look for ways to attract grocery stores and other businesses selling fresh produce to their communities 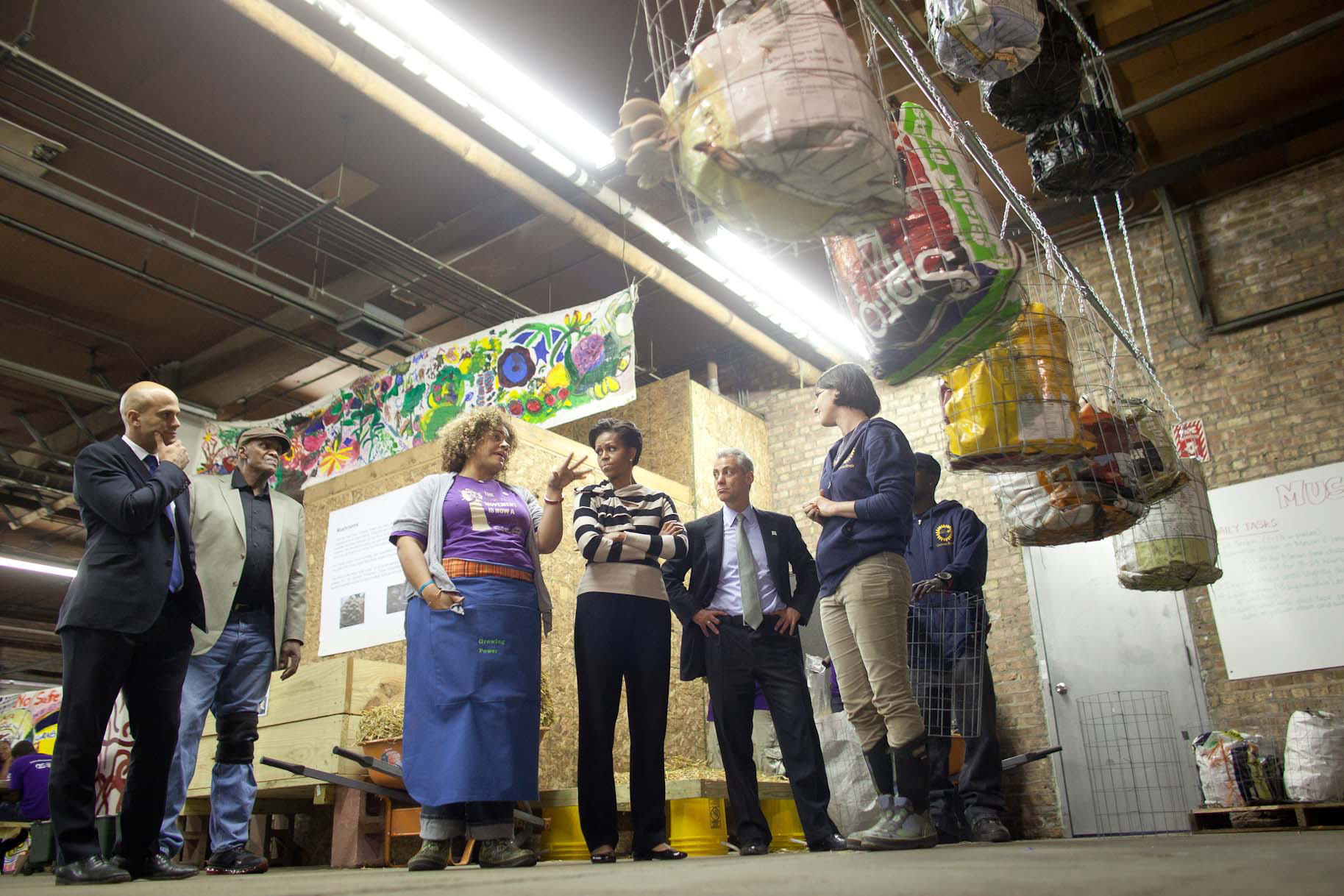 For too many American families, serving healthy food as part of a regular diet isn’t actually an option. That’s because, in many communities across the country, there is no place to purchase any groceries, much less fresh fruits and vegetables. These neighborhoods are known as food deserts, and in recent years, as economic difficulties caused grocery stores to shut their doors or consolidate locations, they have been proliferating.

Eliminating these food deserts and making sure parents in every part of the country have access to fresh produce and healthy choices is a primary goal of Let’s Move, and today First Lady Michelle Obama was in Chicago where she challenged attendees at the Mayor’s Summit on Food Deserts to look for ways to attract grocery stores and other businesses selling fresh produce to their communities.

Studies have shown that people who live in communities with greater access to supermarkets, they eat more fresh fruits and vegetables – surprise. And that can have a real impact on the health of our families.

I mean, truly, we all grew up in communities with grandmothers who cooked two, three vegetables that you had to eat. There was no ifs, ands or buts about it. But that’s because many of our grandparents, they had community gardens; there was the vegetable man that came around.  There were many other resources that allowed them to have access. So it’s not that people don't know or don't want to do the right thing; they just have to have access to the foods that they know will make their families healthier.

Mrs Obama highlighted steps some mayors have taken to make healthy choices more available, from planting community gardens and bringing in fresh produce trucks, to easing the way for grocery chains to open in food deserts with zoning and permitting assistance, tax incentives and proactively seeking out grocery stores to serve as anchors in new development areas.

We also know that no one-size-fits-all solution is going to work.  Every community and every city and every town are different, but they all have one thing in common -- they all have leaders like all of you who have joined us today who have the power to make a real difference. And really, that’s all that’s needed, sometimes, is a little power and a little will. 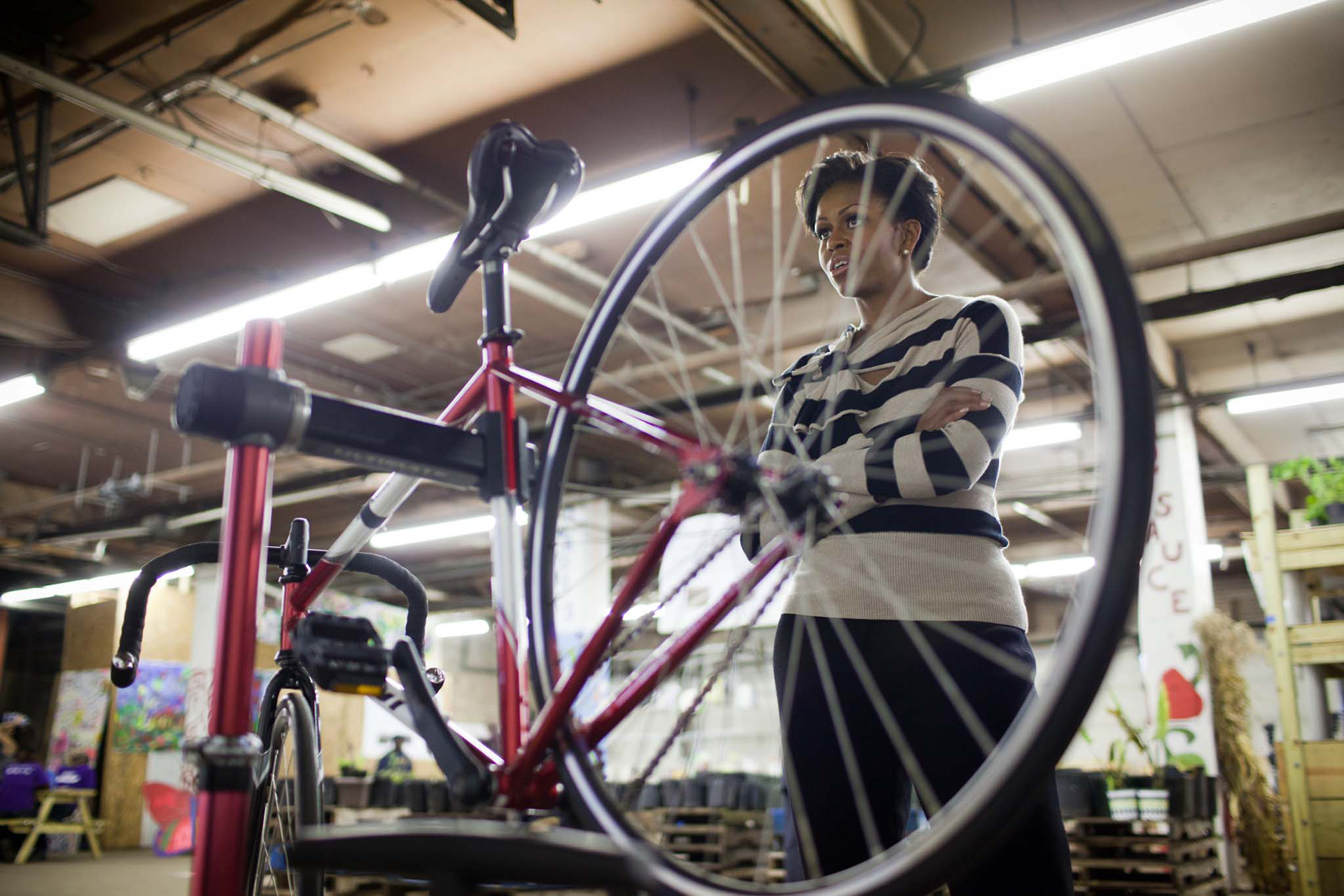 First Lady Michelle Obama tours Iron Street Farm in Chicago, Ill., Oct. 25, 2011. During the tour, the First Lady visited an area where kids learn to repair bikes, which are then used to deliver foods produced by the farm. October 25, 2011. (Official White House Photo by Lawrence Jackson)