October 25, 2011 at 3:02 PM ET by Eugene Schneeberg
Twitter Facebook Email
Summary:
Eugene Schneeberg, Director of the Center for Faith-based and Community Initiatives at the Department of Justice, describes his recent visit to Widener University in Chester, PA.

Recently, I had the privilege of speaking on behalf of the Obama administration at Alumni Auditorium in Widener University.  I talked to the audience about the National Forum on Youth Violence Prevention, the Federal Reentry Council and the President’s Fatherhood & Mentoring Initiative.  I was very impressed by level of commitment and passion shown by the residents of Chester, PA who turned out to discuss ways to keep their city safe for young people.  The three hour Town Hall meeting hosted by Grace Community Resource and Empowerment Center focused on Youth Violence Prevention and how Faith and Community Based organizations can partner with Law Enforcement and the City to have a dramatic impact on reducing youth violence. 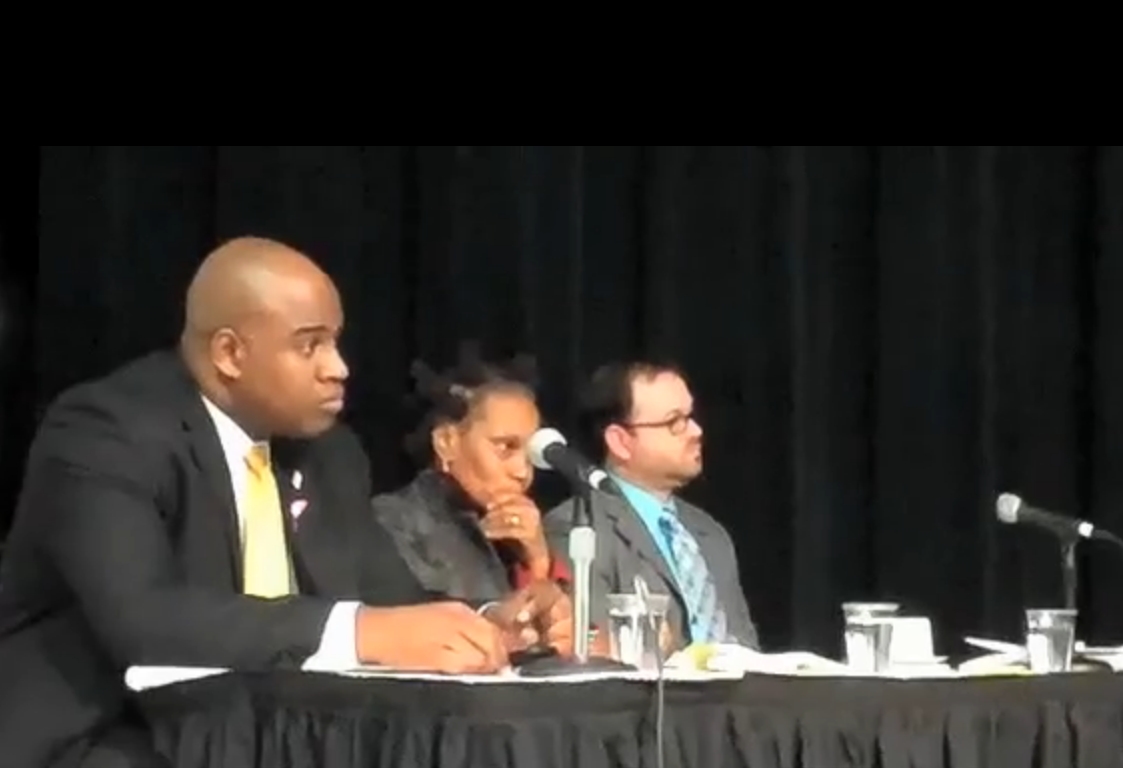 Those in attendance heard from a distinguished panel of Federal officials as well as local leaders including:

The audience made up of largely of Christian and Muslim faith leaders as well as representatives from a “Brothers of Concern” a group of volunteer outreach workers, also heard from Mayor Wendell Butler as well as Robert Reed Executive Assistant US Attorney for the Eastern District of Pennsylvania who fielded questions from the audience about enforcement efforts.

The discussion centered largely around the work of the Chester Reentry Collaborative, and what more could be done to prevent youth violence and increase opportunity for young people as well as the role of fathers and parents as part of the solution.

Learn how you can help support and the President’s Fatherhood & Mentoring Initiative.

Learn more about how your community can strengthen its efforts around Prisoner Reentry.