How the American Jobs Act Invests in Science and Education 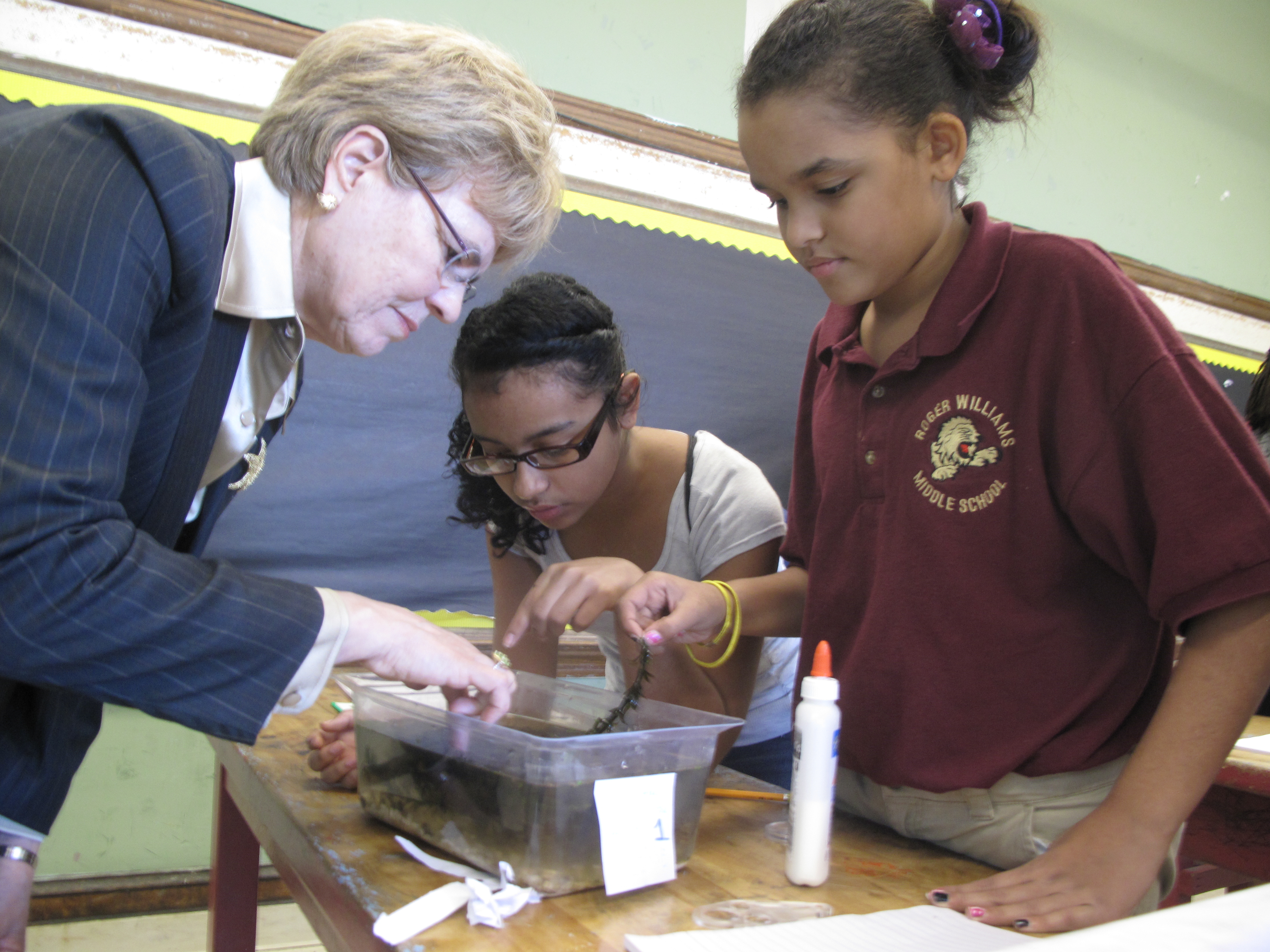 Last Monday, I went to Providence, Rhode Island, to join with Mayor Angel Taveras to talk about how the President’s jobs plan – the American Jobs Act - would help put Rhode Islanders back to work modernizing their schools and would help prevent teacher layoffs. I visited students in their science classes at Roger Williams Middle School and had a chance to see the needs in this 1929-vintage school for more up-to-date labs and the technology of the 21st century. The American Jobs Act could help this school and thousands like it.

The Act will invest $25 billion to put Americans to work rebuilding and modernizing 35,000 public schools. Rhode Island would receive $85.6 million in funding under the Act for school infrastructure improvements, which could support 1,100 jobs, including construction workers, engineers, electrical workers and others. The state would also receive $94 million to support up to 1,100 educators and first responders. As the mayor and I toured the school, we talked with students about the importance of studying science, technology, engineering and math. And I met with instructors who work with the Providence After School Alliance in a partnership with Providence schools to give students hand-on science opportunities in innovative after-school programs. I encouraged the students to pursue science because it opens doors for young people. It helps them better understand the world around them, prepare for better jobs and help build our nation’s economy and future. I also met Andrew Cortes from Building Futures, an organization that helps train skilled laborers for construction jobs, and a group of laborers who are ready to rebuild their city’s schools. Modernizing schools like Roger Williams Middle School to help teachers improve all education, including science, technology, math and engineering education, is essential to the future of our nation’s economic competitiveness.

Dr. Jane Lubchenco is the Administrator of the National Oceanic and Atmospheric Administration