October 25, 2011 at 3:30 PM ET by Michael J. Robertson
Twitter Facebook Email
Summary:
As the federal government's fleet operator, the General Services Administration (GSA) has leveraged their portfolio toward more sustainable fleet solutions that cut our petroleum use and save tax payer dollars for a cleaner, more secure energy future.

In 2009, when President Obama issued his Executive Order 13514 challenging the Federal Government to lead by example by improving energy, environmental, and economic performance, GSA answered the call. As the federal government's fleet operator, we have leveraged our portfolio to drive cost-saving, fuel efficient initiatives across the federal government. Each year, we have procured thousands of fuel efficient vehicles to replace older, less efficient ones. We also continue to improve management of about two-thirds of the Federal fleet, while directly increasing the fuel efficiency of the vehicles we own and lease to federal agencies— about 210,000 vehicles in total.

In fiscal year 2010, GSA successfully doubled the federal hybrid fleet, without increasing the total number of vehicles overall, resulting in a fleet fuel efficiency improvement equivalent to reducing petroleum consumption by an estimated 7.7 million gallons of gasoline or 385,000 barrels of oil. To build on this, in May we launched our electric vehicle pilot to integrate these advanced vehicles and infrastructure into the federal government fleet for the first time. Last week, GSA delivered the pilot program's first plug-in electric vehicle to the Department of the Navy. 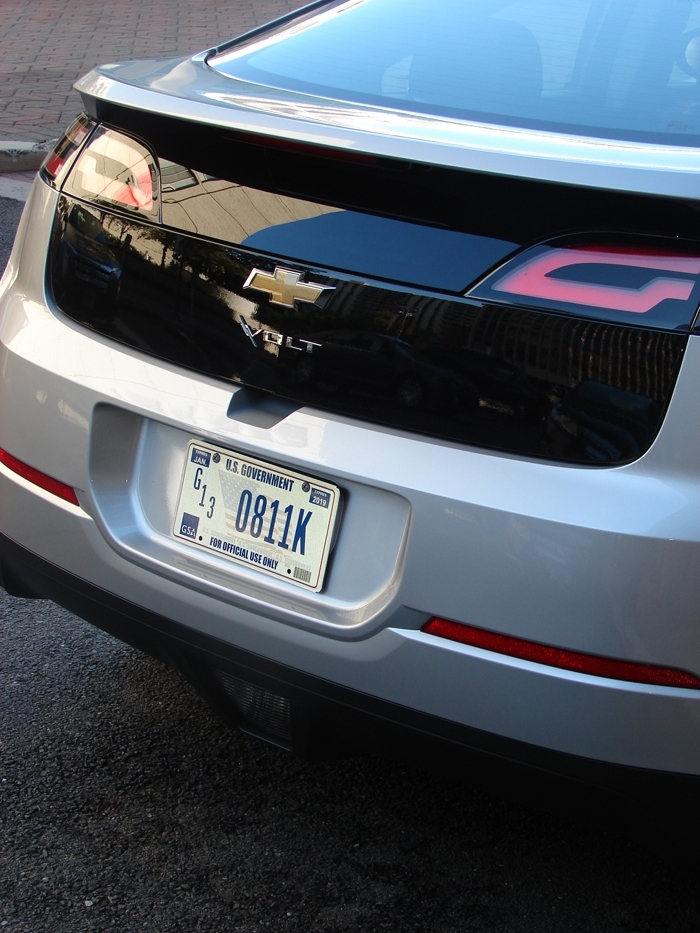 The Department of the Navy has been a leader in energy security and their Chevy Volt will be one of many vehicles incorporated into the electric vehicle fleet.  As vehicles for GSA's electric vehicle pilot begin to roll off the assembly line, we will continue deliveries to the 20 Federal agencies across the country participating in our pilot. As we help agencies move toward the President's goals to reduce petroleum consumption and achieve 100% advanced fuel vehicle purchases by 2015, we are also supporting the President's plan to put one million advanced vehicles on the road by that same date. Annually, the plug-in electric vehicles in our pilot are expected to save nearly 29,000 gallons of gas, reduce GHG emissions by 257 metric tons, and save taxpayer dollars in avoided fuel costs.

In just over two years, we have procured vehicles that were on average nearly 25 percent more fuel-efficient than the vehicles they replaced. Currently, roughly 50 percent of GSA's 210,000 leased vehicles are alternative fuel vehicles. Our commitment doesn't stop here. The President also directed GSA to develop and distribute a Vehicle Allocation Methodology (VAM), a standard way to ensure that each vehicle in an agency's fleet is correctly sized and is appropriate for accomplishing the agency mission. The VAM will help agencies identify opportunities to incorporate alternative fuel vehicles and identify and eliminate unnecessary vehicles from their fleets.

GSA will continue to lead the Federal Government toward more sustainable fleet solutions that cut our petroleum use and save tax payer dollars for a cleaner, more secure energy future.

To learn more on GSA's fleet management initiatives, check out this year's annual GreenGov Symposium, to be held in Washington, D.C. this Monday, October 31st through November 2nd.

Michael J. Robertson is Chief of Staff of the U.S. General Services Administration