October 25, 2011 at 1:08 PM ET by
Twitter Facebook Email
Summary:
Jon Carson, Director of the Office of Public Engement, describes how the administration is working to improve the lives of Latinos and discusses his participation at a White House Hispanic Community Action Summit in New York City. 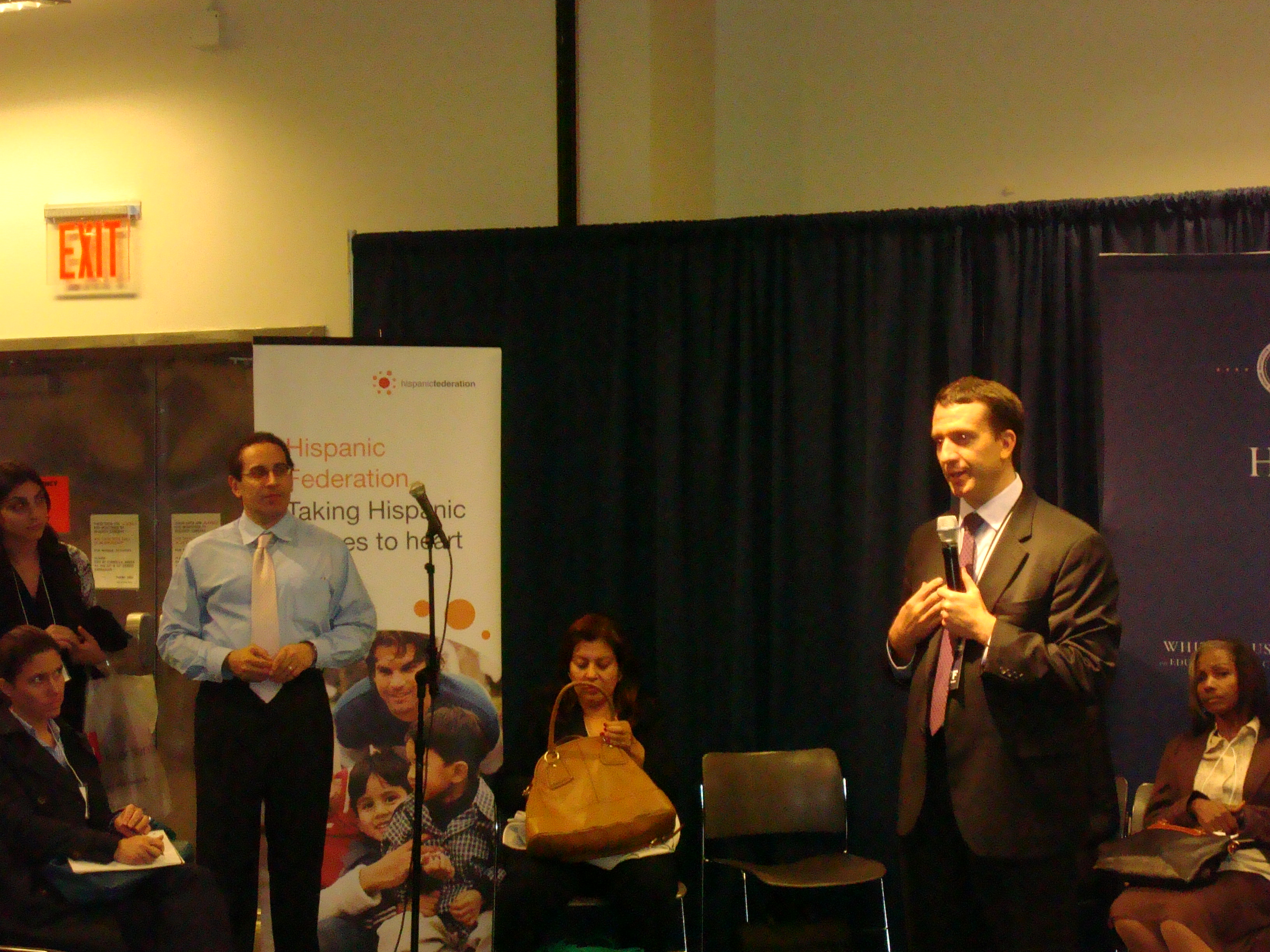 Last Tuesday, I had the opportunity to reemphasize President Obama’s commitment to improving the lives of Latinos at a White House Hispanic Community Action Summit in New York City.  As the fastest growing minority in the United States, there is no doubt the success of the Hispanic community is essential for the success of all Americans.  The White House partnered with the Hispanic Federation to bring Latino leaders from New York, New Jersey, and Connecticut together with high-level Administration officials to identify solutions and opportunities to work together on critical issues facing the Hispanic community.

The summit covered a wide range of topics, from Jobs and the Economy to Health Care, Education, and Immigration Reform.  It was a great opportunity for me to hear firsthand both the concerns of Latino leaders as well as on the ground solutions from the community’s perspective.  It was equally as important for the Latino community to hear how hard the President and this Administration is working every day to positively affect the lives of Latinos and their families.

In addition to the investments in saving teachers and first responders jobs the American Jobs Act if passed will extend unemployment insurance benefiting 1.1 million Hispanics and their families and 25 million Hispanic workers will benefit from the extension of the payroll tax cut.  This will put money in the pockets of people who need it most.

All of us at the White House know how important it is to continue our work on behalf of the Hispanic community and all Americans but it is something we can’t do alone.  The people who attended the New York Summit recognized that.  Several people came up to me and said how excited they were to work in partnership with the Federal government to create jobs and improve our communities, and were thankful they now had the key details of the President’s jobs plan to share with family and friends.  Please make sure to do your part.  Join our conference calls and roundtables.  Take time to send us your thoughts and tell your friends about the President’s plan via e-mail, Twitter, and Facebook, get engaged in the Hispanic Community Action Summits, and work with us to renew the American dream among Hispanics and all Americans.

Jon Carson is the Director of the Office of Public Engement.