Why We Need the American Jobs Act 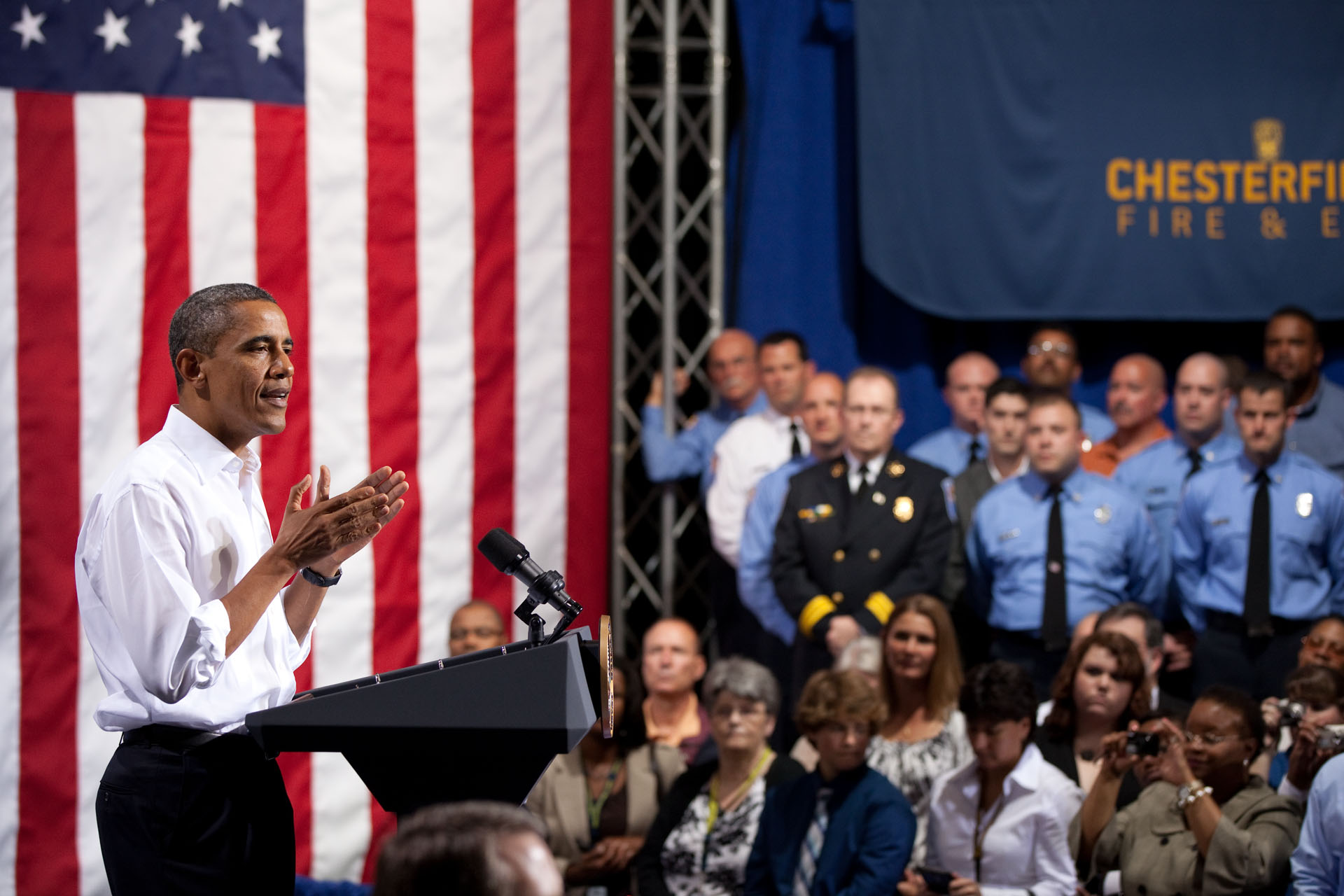 Last week, President Obama took a bus tour through North Carolina and Virginia to talk directly to the American people about jobs, the economy, and the importance of the American Jobs Act.

After attending the President’s speech at Langley Air Force Base, Stacie Walls-Beegle sent us a note about her experience running ACCESS AIDS Care, a non-profit organization in Hampton, Virginia that provides services to people living with HIV/AIDS as well as a safe space for the local LGBT community:

“For the last ten years, I have run ACCESS AIDS Care, a non-profit organization that serves the Eastern region of Virginia, including Norfolk, Virginia Beach, Hampton, Newport News, and adjoining areas.  Our small organization employs 45 individuals and serves more than 500 people a year living with HIV/AIDS.  This year we opened the LGBT Center of Hampton Roads, the first of its kind in this region.

On a daily basis, me and my staff work diligently to keep our doors open to serve individuals and families who are already living below the federal poverty line.  Many of them are also employed in minimum wage jobs and are uninsured.”

We also heard from Jay Squires, President of the Gay Community Center of Richmond, following the President’s speech in Chesterfield, Virginia:

“America’s LGBT community centers serve 40,000 people each week.  725,000 people are affiliated with 200 centers nationwide.  The centers, often volunteer-run and lightly funded, do critical work to address issues of poverty, homelessness, substance abuse, health care, and discrimination, seven days a week, and one person at a time.

These are the issues that impact our people’s lives daily.  Smaller centers do their work with the support of individuals who donate what they can to support the work that needs to be done.  Tens of thousands of times each week, we make a difference.  The community center movement is a great example of the American spirit – people coming together because they need to, to care for their own.”

Community centers, health clinics, and local non-profits across the country provide critical services for lesbian, gay, bisexual, and transgender people – many of whom are especially vulnerable in a tough economy.  Passing the American Jobs Act will help put people back to work and put more money in the pockets of working Americans.

The American Jobs Act will provide tax relief for workers and businesses, put teachers, police officers and firefighters back on the job, and invest in rebuilding our infrastructure and modernizing our schools. It also focuses on providing pathways back to work for the long-term unemployed – providing incentives for employers to hire, expanding efforts for youth employment and subsidized jobs, and prohibiting discrimination on the basis of unemployed status.