Citizens Medal: Behind the Scenes

October 28, 2011 at 3:54 PM ET by Anne Filipic
Twitter Facebook Email
Summary:
Learn about the 13 recipients of the 2011 Presidential Citizens Medal through the experiences of the OPE team that helped to coordinate this event.

On October 20th, President Obama presented the 2011 Presidential Citizens Medal to 13 individuals, recognizing the incredible work they have done to improve the lives of their neighbors, their fellow Americans, and people around the world.

I first spoke with the honorees almost a month earlier, when I had the privilege of calling to inform them that they had been selected from a pool of nearly 6000 nominees to receive the nation’s second-highest civilian honor. Each person’s reaction was memorable in its own way: some were in disbelief, others began to cry, and some, like Ida Martin, responded to the news that they would be receiving a presidential award with an excited, “When?”

In the following weeks, a team from the Office of Public Engagement helped the honorees prepare for the trip to Washington and for the ceremony itself. As we developed relationships with each of them, we grew more and more excited for the big day. What struck us most was that although the honorees were accomplished activists and leaders of life-changing organizations, they were also sincere, down-to-earth people. They would often begin phone calls by thanking us for our time and saying how humbled they were by this honor, and always conveyed their appreciation for the help we provided.

From these small moments, we could tell that the medals were going to people who truly deserved them. The honorees spoke to us using the same philosophy that they took to work each day: that everyone should be treated with kindness and respect. 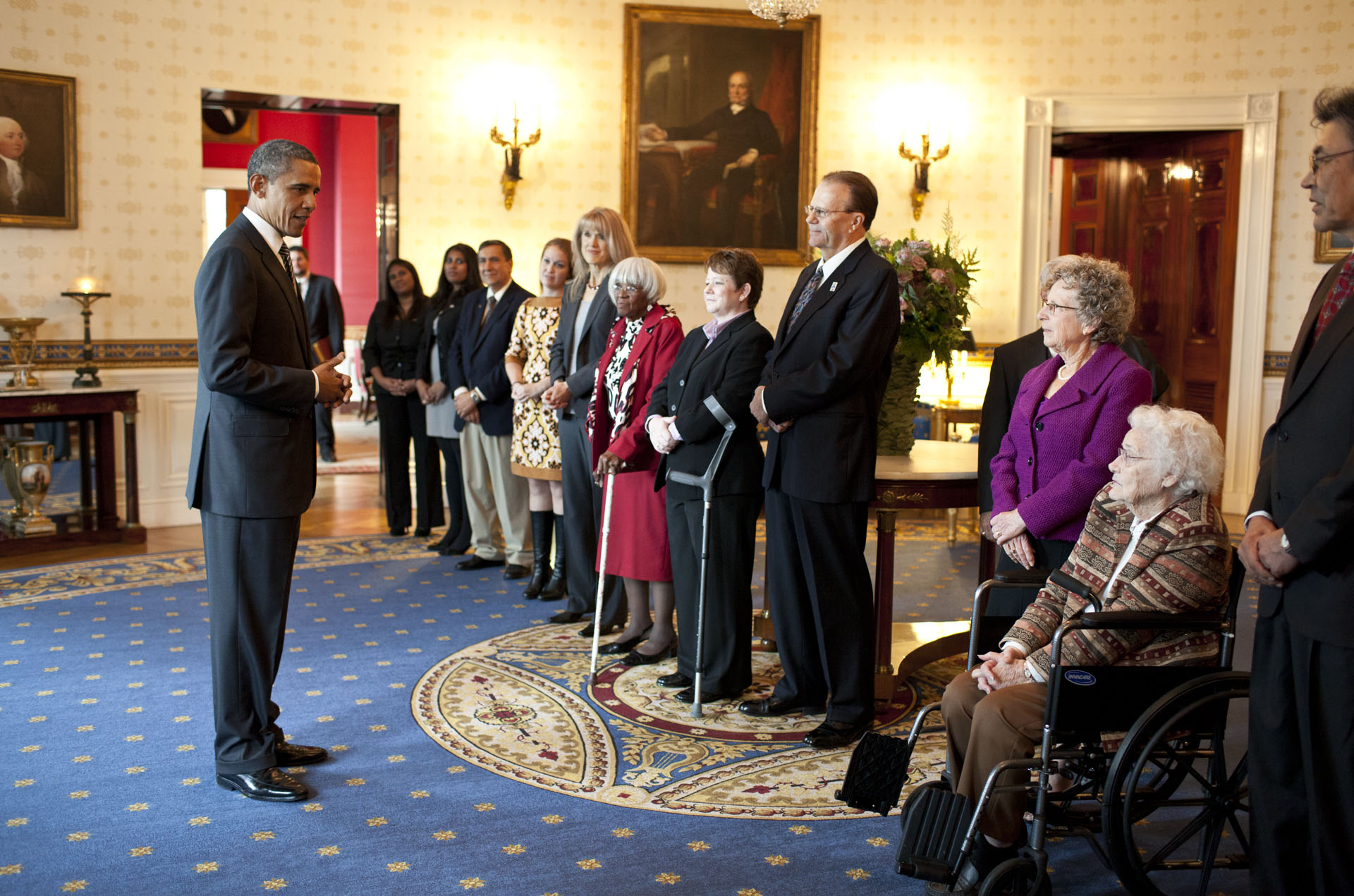 President Barack Obama greets the 2011 Presidential Citizens Medal recipients in the Blue Room of the White House prior to a medal ceremony in the East Room, Oct. 20, 2011. The Citizens Medal, the nation's second-highest civilian honor, recognizes Americans who perform "exemplary deeds of service." (Official White House Photo by Pete Souza)

On the day of the ceremony we finally had the opportunity to meet the honorees in person, as well as their friends and family. Roberto Perez invited a mentor who had inspired him to devote his life to public service; Michelle McIntyre-Brewer was joined by her husband, U.S. Army Captain Steven Brewer, and their children; many families had three or more generations represented, including parents, children and grandchildren.

It was a memorable day for everyone involved. Meeting such inspirational leaders and recognizing them for their service to their fellow citizens and to individuals across the globe reminded each of us why we love working for the Office of Public Engagement.

Be sure to check out the Citizens Medal website to learn more about the honorees and their incredible stories.

Anne Filipic is a Deputy Director in the Office of Public Engagement.