By the Numbers: 650 Percent 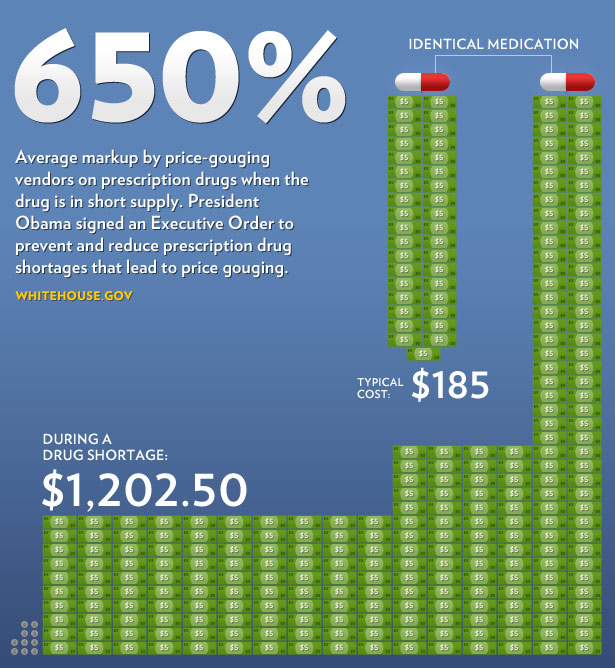 The number of prescription drug shortages tripled between 2005 and 2010. Besides having serious consequences for people's health and well-being, drug shortages drive vendors to charge outragous prices for drugs that are normally affordable when in stock. One report found that price-gouging vendors mark up prices on drugs in short supply by 650 percent, on average.

Another report about these “grey market vendors”—companies that inflate prices of drugs running in short supply—found that a leukemia drug whose typical contract price is about $12 per vial was being sold at $990 per vial. At the extreme, a drug used to treat high blood pressure that was normally priced at $25.90 was being sold at $1,200 due to a drug shortage.

Only a very small number of drugs are affected by such shortages, but for many patients, changing medications may be the difference between getting healthier and getting sicker. Drugs affected by shortages include cancer treatments, anesthesia drugs, and other medications that are critical to the treatment and prevention of serious diseases and life-threatening conditions.

Today, President Obama signed an Executive Order that will help prevent shortages that lead to this type of price gouging. The order directs the Food and Drug Administration to expand reporting about situations that might lead to drug shortages, and also to work with the Department of Justice to investigate illegal price gouging.